Tony Burbs of Wrigley Roster Jenga and I finally broke the trading ice.  Whenever I hear Burbs my mind goes straight to this... 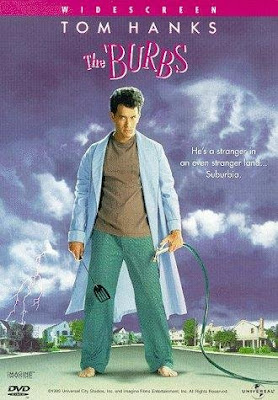 I have a soft spot for Tom Hangs movies like Big and The Burbs.

Let's get back on track.  Tony contacted me saying he had been accumulating some Buccos and asked if I was interested. Of course I am! We are always commenting on each others posts so it makes sense that we start sending cards. I trade with a decent amount of Cubbie collectors, but the way they are populating checklists these days I shouldn't have a hard time finding enough for everyone.

These cards came via two PWE's. One was categorized oddballs and the other traditional. I mixed and matched the scans. 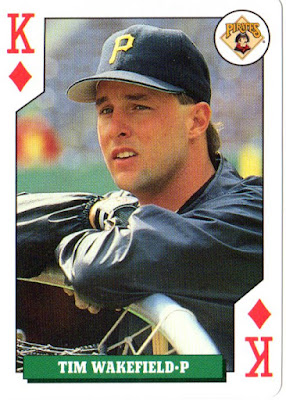 I think this playing card of former Bucco Tim Wakefield was my favorite.  The knuckler burst onto the scene the last year of the early 90's playoff run. King Knuckler! 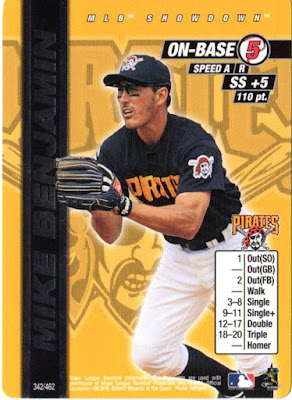 Showdown cards were pretty common in the early 2000's, but now they are a little harder to come by. Seeing the Mike Benjamin variation made me laugh. Benjamin was the ultimate defense first type of bench player that was common in the 90's. He was a terrible hitter throughout his career, but did enough with the glove to stay in the league for parts of 13 seasons!

You really don't see players like this much anymore. More times in not guys with similar profiles of Benjamin are more of the AAAA type of players that teams use in case of injury. Rarely do they stick with a club all year. This is probably the most anyone has wrote about Mike Benjamin since 2002..... 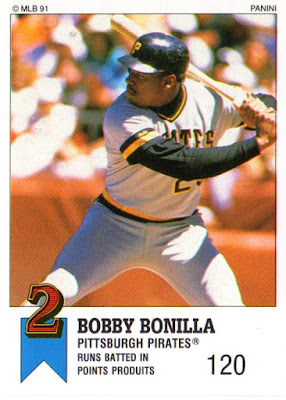 Panini with a license! Bonilla is a guy I always hoped would get some love in more recent card sets, but I assume he is sitting on a tropical island collecting that deferred Mets money. 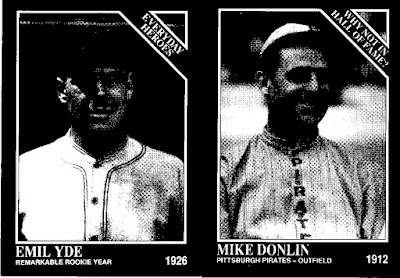 Conlon cards are always fun and one of the few oddballs I remember accumulating as a kid. 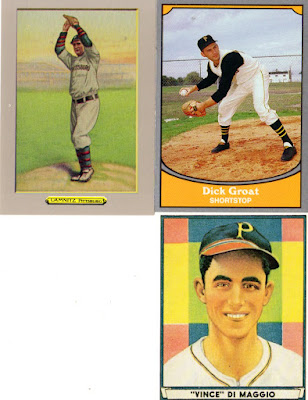 This marks the second time in a week that I'm got a Vince DiMaggio reprint. I've tried on several occasions to win the real deal, but it sells well on the secondary market. What a cool reprint! 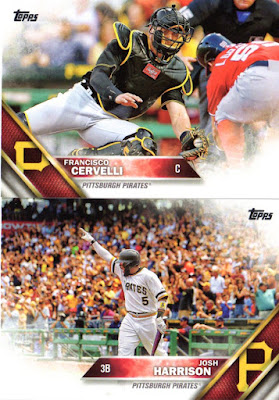 Thanks to my blog friends I haven't had to work too hard to get the 2016 Topps Buccos. I like the Cervelli card, but it feels like the shot could have been closer for the Harrison.

The Pirates have had some of the more cardboard friendly players over the years. Guys like Teke, Parker, Clemente, Pop and BOB WALK come to mind right away. Cutch is the active player who has the best cards. He just exudes coolness. 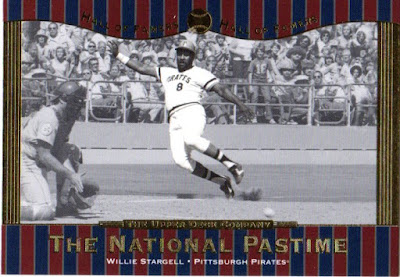 Man I love this card! 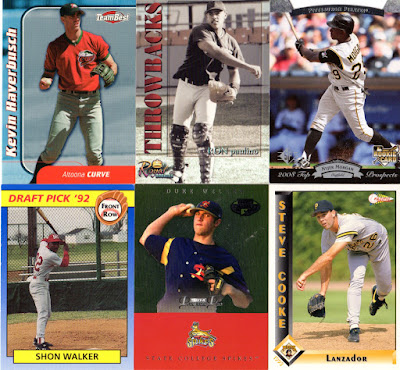 A bunch of minor league Buccos to go along with a Tony Plush.  Ronny Paulino was quite a tease.  He had a very nice rookie season and then for some reason forgot how to catch. The Pirates really struggled to fill the gap between Kendall and Russell Martin. 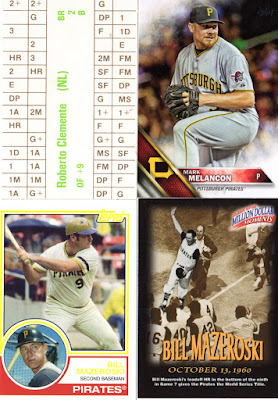 What is the story behind the Clemente on the top left?

It never gets old watching the Maz homerun in the 60 World Series. Most have probably heard the story of the lost tapes found in Bing Crosby's home, but if you haven't please take a minute and read the short report from ESPN. 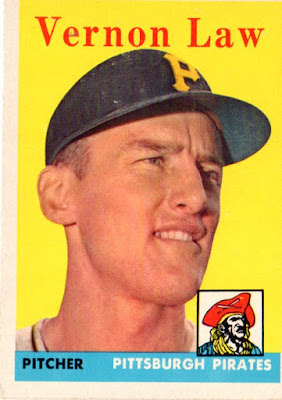 We finish with a beautiful 58 Topps Vern Law.  Thanks so much for including this one Tony.

This was a fun bunch of cards to go through Tony. I'll be hitting you back soon.  Thanks a ton!

Thanks for reading!
Posted by BobWalkthePlank at 9:51 PM