Today I purchased a box of 2015 Topps Supreme for the Supertraders group. It will yield only a couple of cards but we have a decent chance of getting something worthwhile. Let's just hope we avoid the unclaimed teams. I ordered it from Steel City so I should have it by Wednesday.

I've been working on getting all my trade posts caught up.  I'm still sitting on 6 or 7 envelopes.  Off the top of my head I know I have stuff from Tony Burbs, Wes, Brian, Card Papoy, Nick and Jedi Jeff. Expect lots of trade posts this week.

Tonight I will be attending the Big Monday game featuring WVU and Iowa State.  Should be a fun atmosphere as the 9pm games usually create a raucous atmosphere.

Now for something I'm really excited about.  When I created my white whales list most of the cards featured were somewhat attainable and not priced out of this world. The one card on my list that I knew was going to be expensive and hard to find was the 2001 Topps Base Hit auto of former Pirate manager Gene Lamont.

I'm not exactly sure how many of these are around, but I've only seen 2 on eBay in probably 5 years. 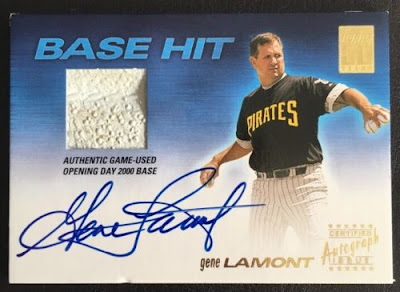 Last week a seller put this on eBay as a BIN or best offer.  His buy it now price was a very reasonable $45. If I recall the last one I remember seeing on eBay sold for over $60. I was able to get the card for $38. Is that expensive for an obscure Pirates manager.....it sure is.  I was so excited to see the card I would have probably paid double.

Another way this auto helped was that it allowed me to further my Pirate manager autograph collection. 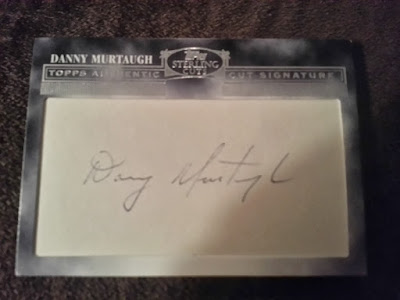 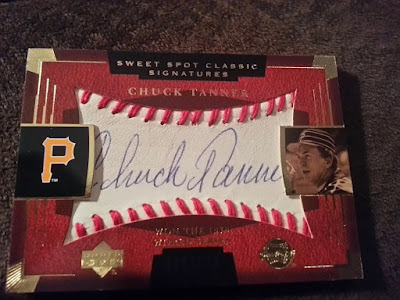 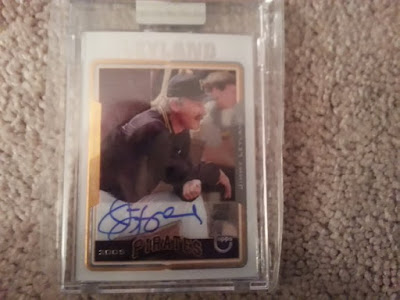 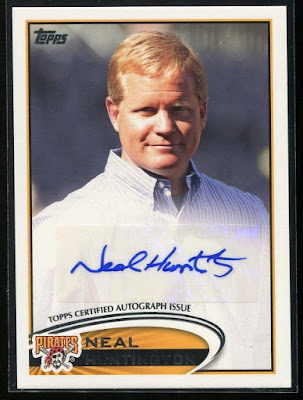 The Murtaugh is the prize of my collection. I'm not sure of any other certified autos since he passed away in the mid 70's. Neil Huntington is current GM of the Pirates.