A couple weeks back Doug from Sportscards From the Dollar Store sent me a message asking me if I wanted this card.... 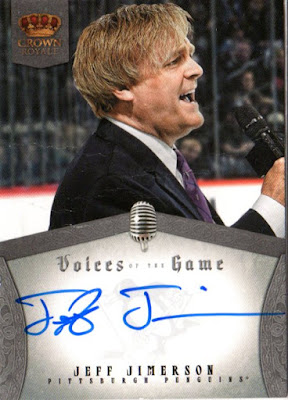 I didn't even know that Crown Royale made a set featuring anthem singers. Kind of a neat idea as many of the teams in the league have regular singers that have become local celebrities. Such is the case with Jeff Jimerson.

I go to a fair amount of sporting events and have seen my share of bad renditions of the National Anthem. People who sing it are brave souls, but it gets annoying when people drag it out like they are auditioning for The Voice. People love Jimerson because he sings it well and super quick.

My wife also got a kick out of this card too because she has seen Jimerson in concert many times in Morgantown. He tours with some local musicians around the holidays to put on Christmas concerts.

Doug being the cool guy that he is also put some more goodies in the envelope for me. 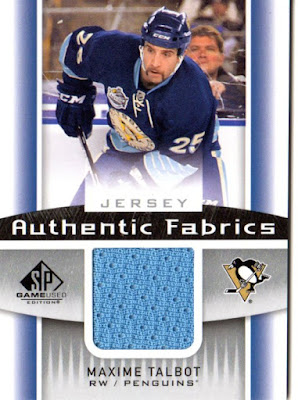 Max Talbot was one of the main heroes for the Pens during their last cup year. This is a nice swatch of the alternate jersey. 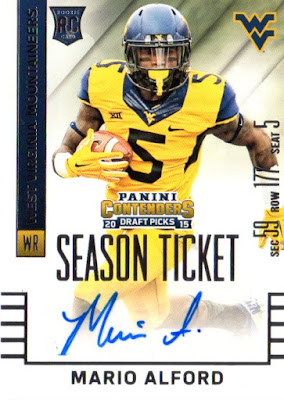 I was kind of surprised to see Mario Alford get some love from the card companies being that he was the 238th overall pick. I'm sure many people are like who the hell is Mario Alford, but being a WVU collector is makes me happy to have some choices. Extra bonus points for this auto as it features the WVU uniform prominently. 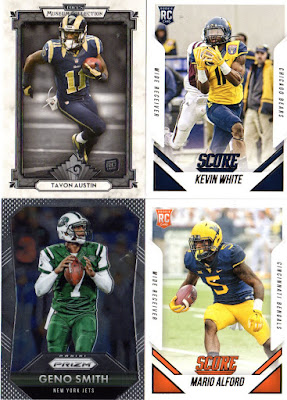 Another Alford and three of the bigger names in recent WVU history. Always nice to get Kevin White cards. I hope to pick up my first auto of his before next season. 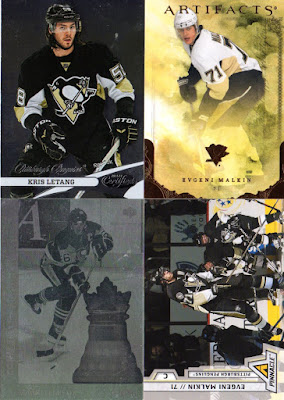 It is hard to see but that Lemieux on the bottom left is really cool. Doug is one of my main suppliers of hockey cards which I really appreciate. 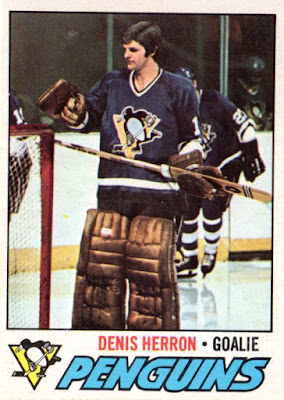 I'm such a sucker for hockey vintage. This is a late 70's issued card, but it seems much older. Gotta love the hair!

Thanks so much for the cards Doug.  That Jimerson auto made my day. I'll be hitting you back very soon.

Posted by BobWalkthePlank at 9:27 AM