My good pal Jeff from Wish They Still Came With Bubble Gum was one of the winners of my most recent contest. I think the fix might be in. He has came out on top two of the last three. I swear I don't take bribes..... 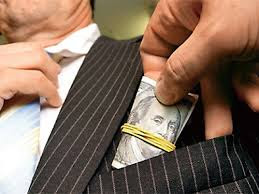 In all seriousness I was glad to see Jeff's name pop up. He and I have a great blind trade going so this will help me search some stuff out for future trades. The pressures on now because just this week Jeff sent me a fantastic bubble mailer full of great cardboard. 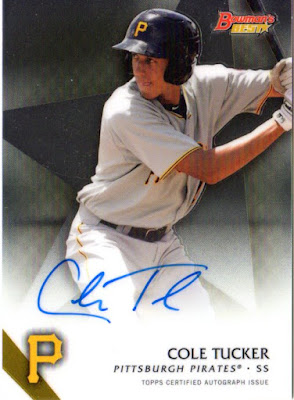 The card featured is a very cool on card auto! 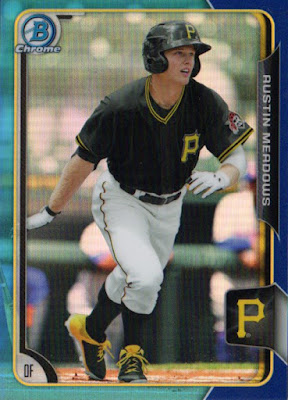 Of all the top Pirate prospects my Meadows collection is the worst.  He had a decent amount of hype before the 2013 draft so no one thought he would drop to the Pirates. Well as luck would have it he did drop and the Pirates reaped the rewards. Scouts continue to give praise to the young outfielder and I would suspect he will be the Pirates highest ranked prospect once we graduate some of our pitchers this year.

With hype comes higher card prices, so I've only nabbed a handful of Meadows cards. Thanks to Jeff I can add this Chrome parallel /150 to my collection. 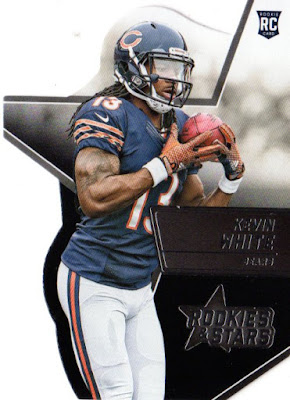 Another guy who has been hard to collect this year is White.  Even with injuries keeping him out all season, prices continue to be high for the former Mountaineer. This awesome diecut is a great addition to my Kevin White collection. 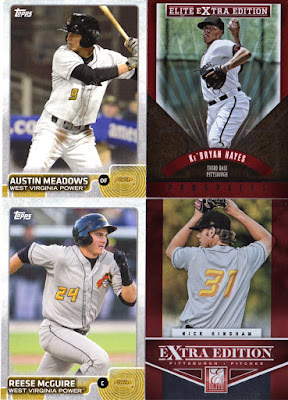 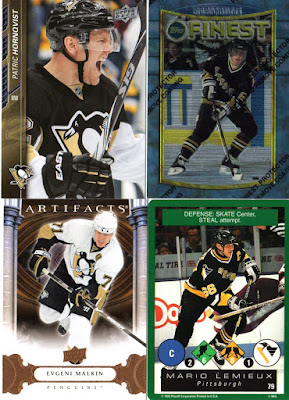 Always cool to receive some Pens. How cool is that Lemieux. 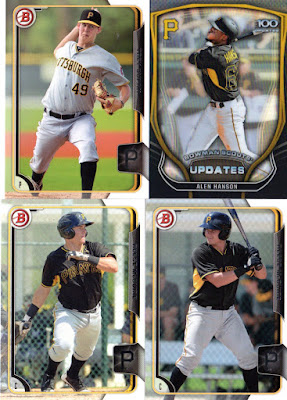 Bowman Buccos! Hanson has a shot to make the team out of camp. 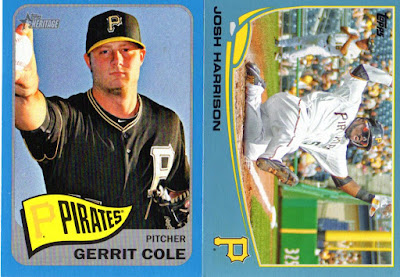 Always a sucker for Cole cards. 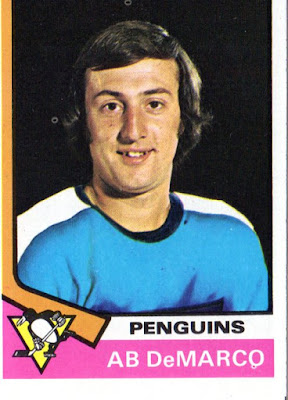 Vintage hockey is just the best! 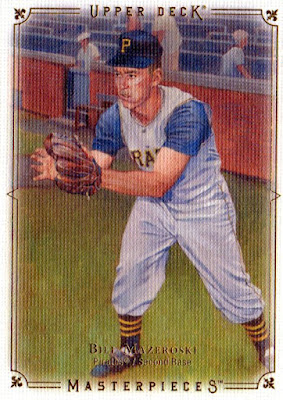 One of the best sets in the last ten years. 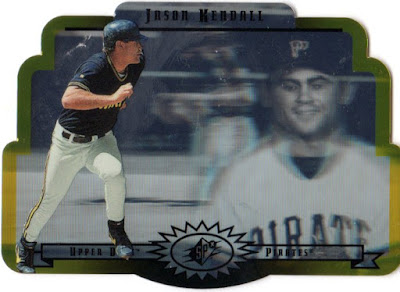 SPx was just so classy back in the 90's.

Thanks for all the great cards Jeff.  Did you get to witness the Gators clobbering of the Mountaineers in person? I think you guys shot something like 60% from the three point line. That game was pretty much over before it started.

Thanks for reading!
Posted by BobWalkthePlank at 4:32 PM