I've received some interesting things over the years in trades, but this has to be near the top of the list. 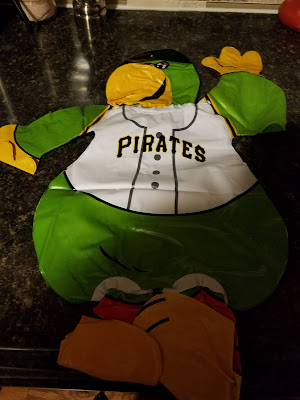 Yup, that is an inflatable parrot courtesy of The Lost Collector.  I'm not sure how he ended up with it, but my daughter thanks you.  She has been carrying it around everywhere.

Of course AJ threw in some great cards. 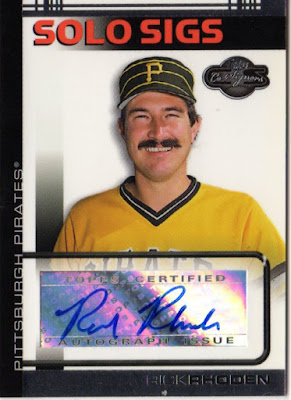 I really like this Rhoden auto.  He doesn't have much in way of certified autos so this is a nice addition. Extra bonus for pill box cap. 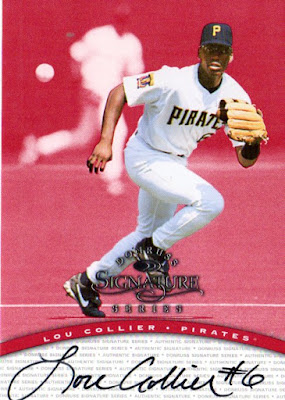 Donruss Signatures is an all time great set.  How fun would it be to open a box!

I really wish John Jaso was a little more productive.  Just imagine the marketing with him being a Pirate. The possibilities are endless. 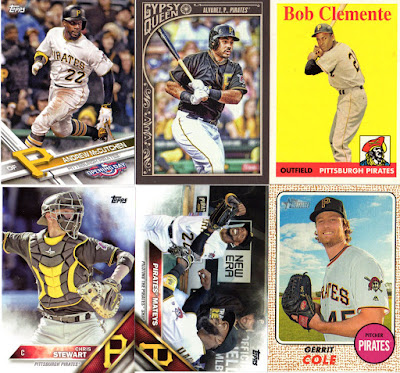 Nice to see some Chris Stewart Pirates cards. One of 9000 former Yankee catchers to find a home in Pittsburgh. I often joke that it is just a matter of time before Gary Sanchez is a Pirate. 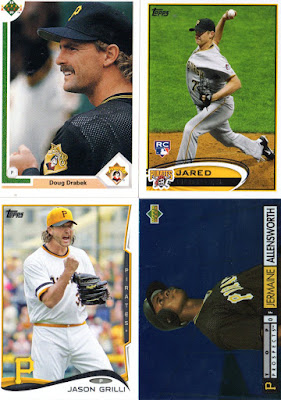 Thanks for the great cards AJ! The inflatable parrot was great.  Where in the heck did you get it?

Thanks for reading! I'm going to go back to being mad about Marte's suspension.
Posted by BobWalkthePlank at 10:30 PM

Email ThisBlogThis!Share to TwitterShare to FacebookShare to Pinterest
Labels: the lost collector, trade 2017