I always feel like I'm a Topps NOW apologist, but I've enjoyed the experience.  Obviously I'm only speaking as a Pirates collector so my views can be taken with a grain of salt if you collect other teams. Since the program started I could only think of a few moments that I thought would receive a card that didn't.

This year the Pirates seem to get cards in bulk.  Since I utilize the same seller I often get multiples in the same order.  Today I received a whopping four! 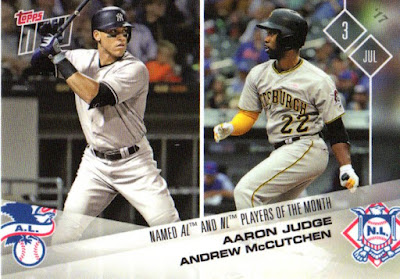 I know the ongoing joke on Twitter is that Aaron Judge gets a card for everything he does.  Judge hits homerun, scores game winning run, ties shoes...etc. Truth be told he probably deserved the attention since he basically turned into Babe Ruth for four months. If you break Yankees records you have to be doing something pretty cool.  Are his cards being produced to the detriment of some other big events.....maybe.  I'm sure Judge will get the benefit of the doubt for the foreseeable future judging by his sales.

While this card isn't fancy it does prove one important thing.....CUTCH IS BACK! 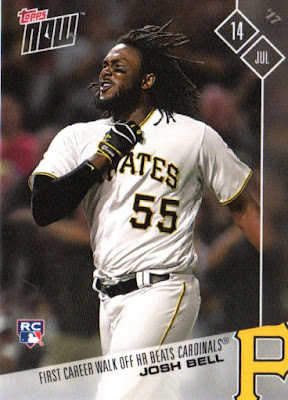 Josh Bell was the owner of my favorite NOW card from last year. Love the Cutch cameo. 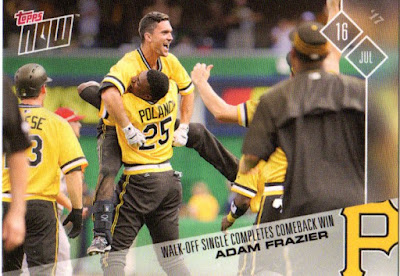 Any card featuring the gold jerseys is worth a purchase. The Polanco bear hug makes it that much better. 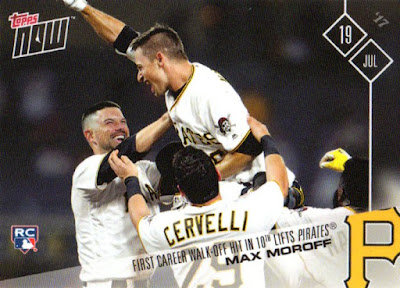 Another underrated NOW quality is that sometimes you get a card of obscure rookies! 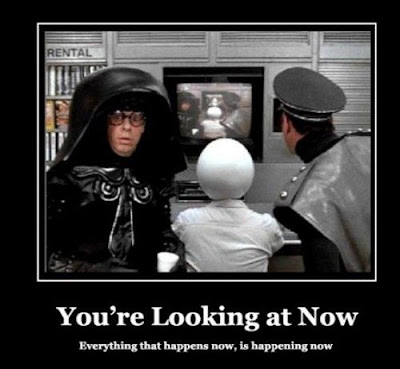 Posted by BobWalkthePlank at 7:38 PM