Last Thursday my wife and daughter were both extremely tired and were going to call it a day very early. I decided to make the quick ride to watch the Black Bears play host to the Brooklyn Cyclones. This was a little extra exciting than normal as Pirates top prospect Austin Meadows was on a rehab assignment. 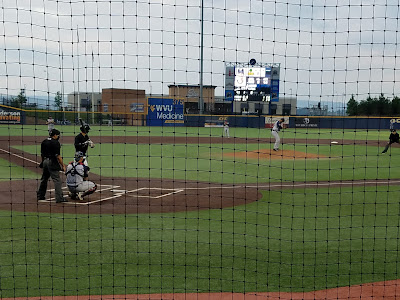 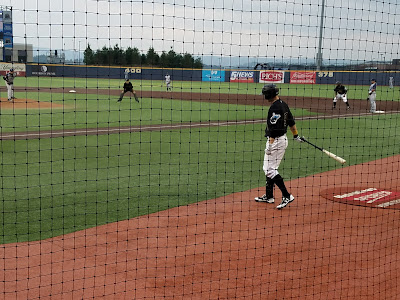 He really didn't do much in the game, but it was nice to get a front and center view. One takeaway I had is that he was much faster than I expected. Hopefully he can shake the injury bug that has been following him this past year. He would have likely made his Pittsburgh debut already had he stayed healthy.  Pirates GM Neil Huntington said that he won't get the call now and will likely be asked to play Arizona Fall League. 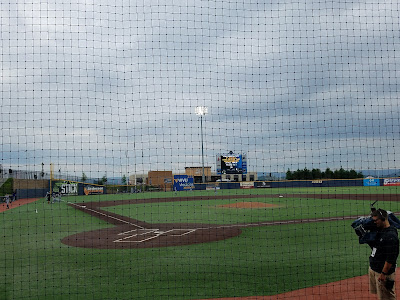 It was kind of a yucky night, but it wasn't gong to disrupt FREE DAY! 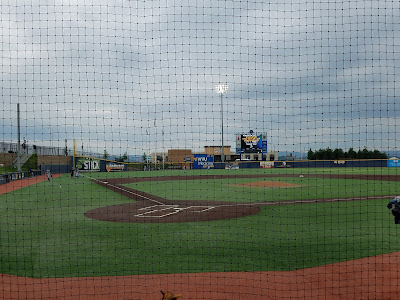 Tickets for these games run in the $8-14 range.  You really can't beat the price being that it is similar to going to a movie. Plenty of free parking available too as the stadium is tucked between several large commercial businesses. 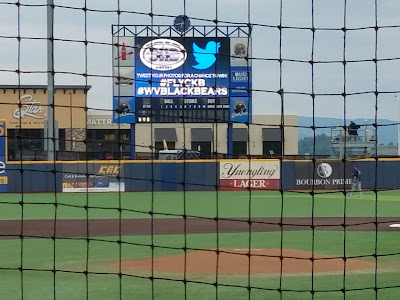 Back to cards tomorrow as I hope to scan the contents from a big mailbox bombing from Julie. 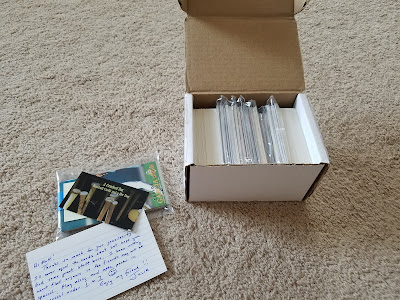 Posted by BobWalkthePlank at 8:37 PM