Jeff hasn't been active blogging but he's still super active on Twitter discussing Braves prospects. That is a busy job these days as the Braves probably have the deepest farm system in baseball.  They may not have the sexy names like the White Sox, but holy crap do they have a ton of high ceiling guys.

The other day I received a PWE from  Jeff with some cool Buccos and Mountaineers inside. 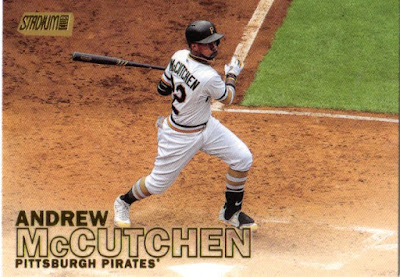 Every Stadium Club card is awesome compared to most sets, but I'm always kind of underwhelmed with the Cutch cards.  You would figure that some better shots exist other than swinging the bat. Either way I'm still very happy to get a gold foil card of the Bucco superstar. 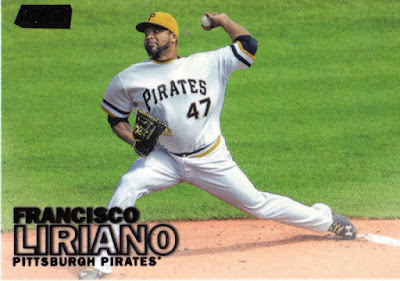 The black foil cards only fall two or three a box so this is a nice get.  The Pirates traded Liriano at a good time. 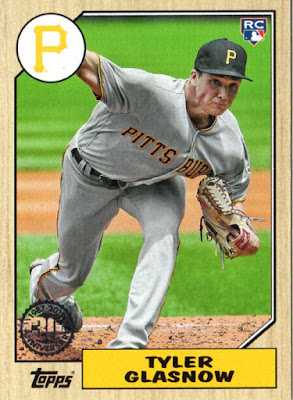 Glasnow is back in the minors dominating like he always does.   I'm sure he will get called back up in September but not sure how much he'll pitch if the Pirates are in the race.  It is always going to be about command with him. 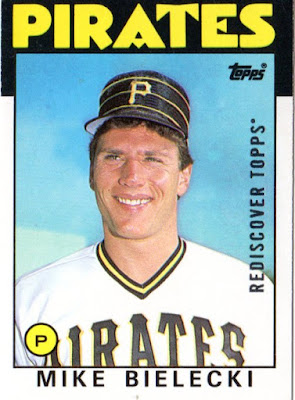 Everyone should have  a chance to rediscover 1986 Topps! 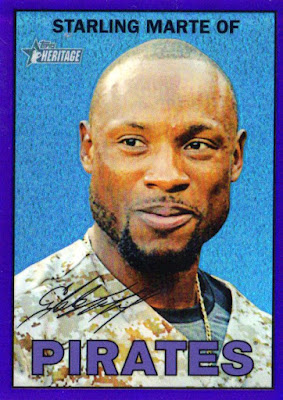 Marte is back from his PED suspension. He won't be eligible for the playoffs if somehow the Buccos sneak in.  I would imagine if the Pirates get hot in August they make a move to try and acquire an outfielder before the waiver deadline.

Purple refractors from Heritage have a nice look. 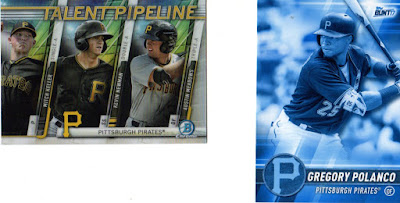 I got to see a good bit of Kevin Newman when he was a Black Bear.  A few weeks back Keller pitched there on a rehab assignment and currently Meadows is in Morgantown rehabbing,

Jeff and I are big college football fans so he always helps out my Mountaineer collection.  The Prestige card is pretty cool.

Thanks for all the cards Jeff!
Posted by BobWalkthePlank at 6:53 PM