Time to dip into the rainy day pack stash. Up to bat today is  2002 Donruss Originals.  Nothing like a newer set that paid tribute to sets that weren't that old to begin with.  My brain still has a hard time realizing that a set from 2002 is 15 years old. 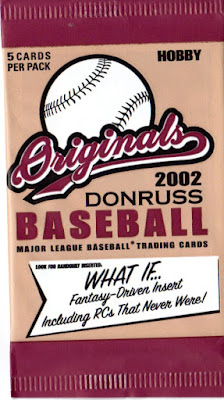 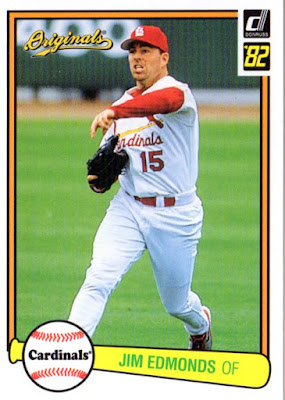 Guys like Jim Edmonds and Albert Pujols tortured the Pirates throughout the 2000's.  Edmonds was sneaky awesome for a long time. If he could have had one or two more peak seasons he would probably be a Hall of Famer. 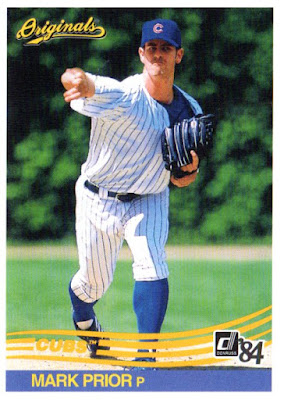 I want to go back in time and tell Dusty Baker not to overwork Prior. 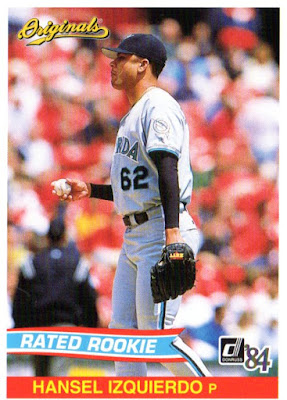 I didn't remember Hansel Izquierdo so I had to look him up.  He only had 20 career appearances in the show. His Wikipedia page also told me that he got a DUI in 2015 with a dual charge of child abuse since three kids were in the backseat.....yikes. 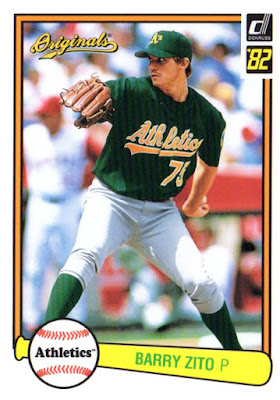 I like to think Zito is playing an acoustic guitar on a beach somewhere right now.  He always seemed like the kind of guy that does that often..... 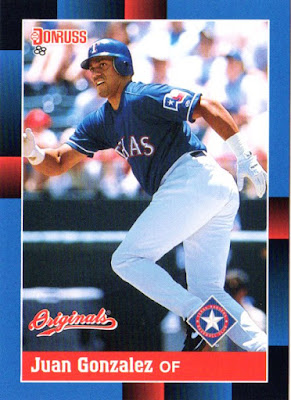 Last but not least is awesome TTM guy Juan Gonzalez being featured in one of the first sets I remember using my own money on to purchase.

If you want to find out more about 2002 Donruss Originals click here.  It is a big set with lots of inserts, sps, buybacks and autos.

Thanks for reading!
Posted by BobWalkthePlank at 7:37 PM