I'm heading to Pittsburgh this weekend for my brother in laws bachelor party. Should be a good time full of drink, food and shenanigans. We are even hitting the Pirates game Saturday.  It is Gregory Polanco bobblehead night, so that is a nice bonus. The weird thing is I'll be the old man of the group. I'm ten years older than my brother in law so I get to see how young whipper snappers party these days.

The downside to being gone so much the last month has been cards. I have stacks ready to be sent out to a whole bunch of people.......just need to find a day to get the job done.  Soon, I hope. I figured I start showing a few of the cards Julie sent my way to at least get the ball rolling. 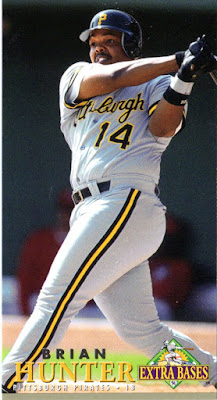 Brian Hunter doesn't have many Pirate cards as he only spent part of a season in Pittsburgh.  Most remember him from his Braves days. 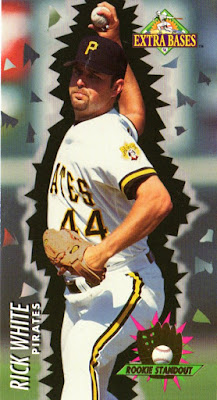 I'm not quite sure about the design. /does massive line of cocaine. "Ok guys I'm picturing confetti and a toddler's attempt to cut out Rick White." 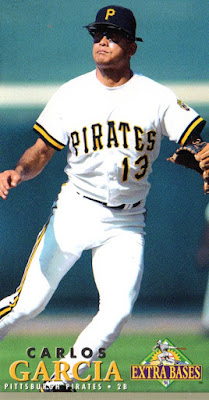 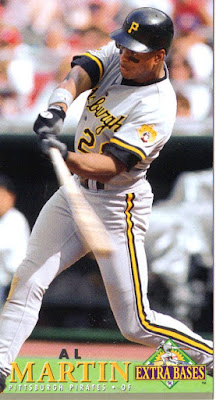 I love looking for Al Martin cards because he played in the mid to late 90's for the Buccos. So much crazy stuff to chase. 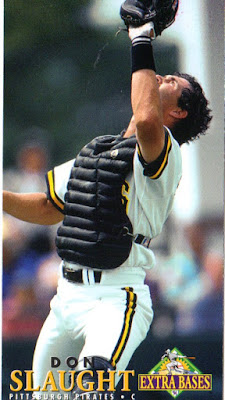 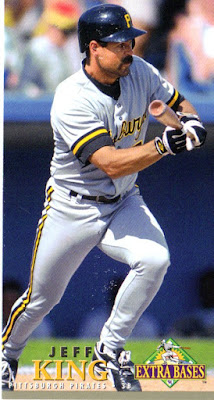 Cool bunting card of a guy who was known to be a pretty decent power threat. 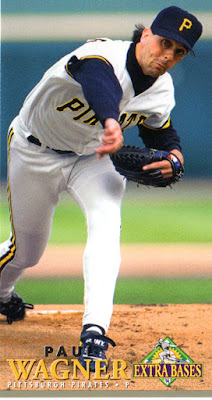 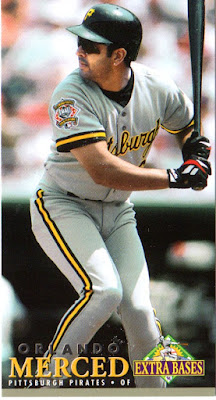 Nice shot of the 1994 All Star game patch.  The game was held at Three Rivers Stadium that year. 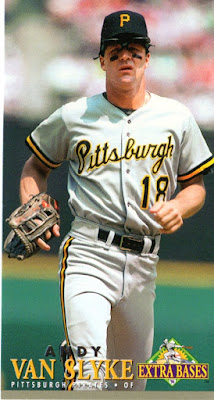 My favorite card of the bunch. Andy Van Slyke was an easy guy to root for when he was a Bucco. Great all around player during his tenure. 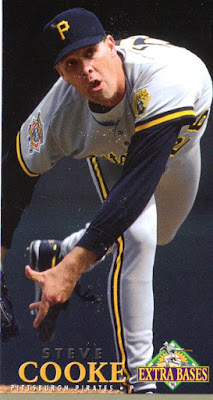 Odd pitching face.  Cooke was probably in shock that he got someone out in 1994.  He did not have a good year.

Thanks for a trip down memory lane Julie. A big post showcasing all the other great cards will be coming early next week sometime I hope.

Have a great weekend!

Posted by BobWalkthePlank at 11:40 AM