I don't know how Doug does it, but he always sends me a ton of WVU cards. I feel like every package I get is loaded down with multiple autos and parallels. Recently I sent some cards up to Canada and sure enough Doug hit me with a ton of great cards with WVU being the central theme. 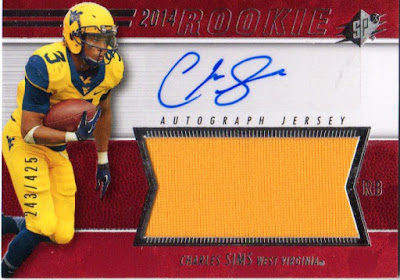 While I collect WVU guys both in their college and professional uniforms the preference will always be the collegiate garb.  This is a really nice jersey/auto of former Mountaineer running back Charles Sims. 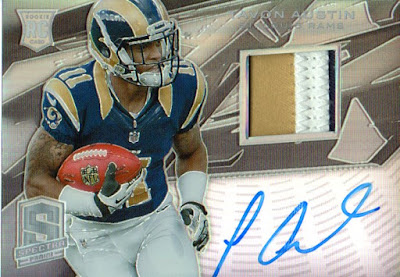 I hate that Tavon is starting to get the "bust" label.  Hopefully the quarterback situation in LA gets stabilized this year. 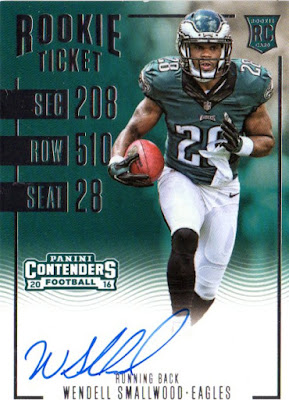 I love Contenders! Always a deep checklist to go along with a really nice on card auto.

Quite the trio of Geno's! Hoping he can find a nice home backing up Eli Manning in New York. Geno got drafted into a disastrous situation with the Jets that pretty much set him up to fail.

Doug is also a nice pipeline for my modest Penguins collection. 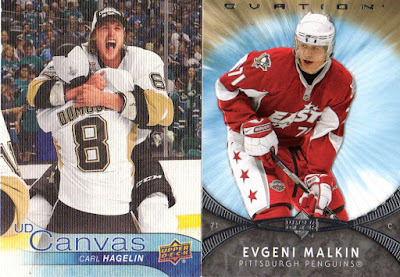 This Hagelin is just fanstastic. Probably my favorite looking card of the bunch sent. 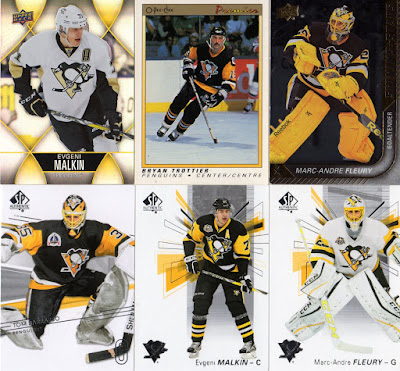 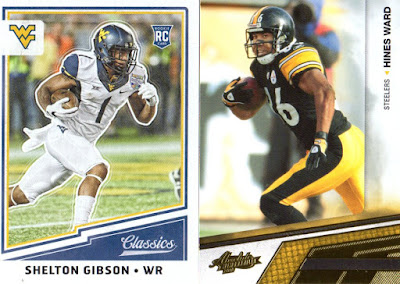 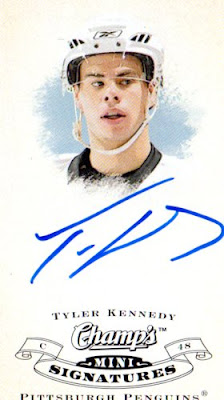 Former Penguin Tyler Kennedy had a nice 5 year run with the Pens and helped them win a cup in 2009 against the Red Wings. 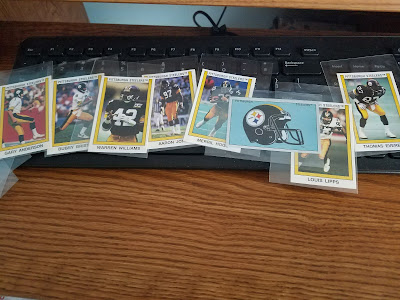 How about a bunch of old Panini Steeler stickers!

Thanks for all the cards Doug.  Look forward to our next swap.

Posted by BobWalkthePlank at 7:44 PM