Our box breaks have been a little more sparse here lately.  Big rookie years from Judge and Bellinger have made shopping for boxes a tad difficult. Normally I would default to standbys like Diamond Kings but even that is about $10-15 more expensive than normal.  Anyone seen any good deals lately?  I'm up to bat for a box, but have not been swayed by daily deals on the well known sites.

Let's get to the cards.

From what Kevin told Brian and I the box didn't yield much in the way of high end, but still offered a nice glimpse of the period (freaking 16 years ago...yikes). 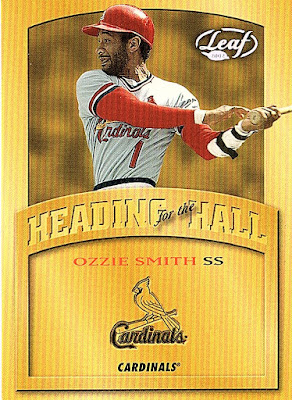 While this was the time period companies started to shift focus towards autos/relics , you could still find a decent insert here and there. I like the Heading For the Hall inserts. Overall a nice looking card of the Wizard. 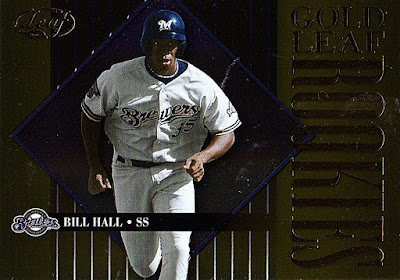 Some variation of "Gold Leaf" has been around a long time. 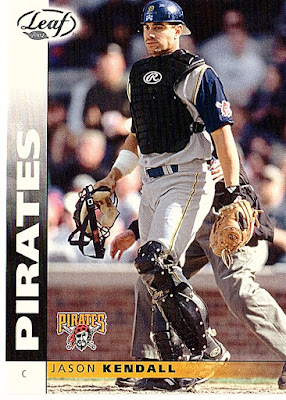 This was my only Pirate card from the break which pretty much sums up what it was like to collect the Pirates in the late 90's/early 2000's. It was pretty much Kendall and Giles with a sprinkling of Aramis Ramirez. 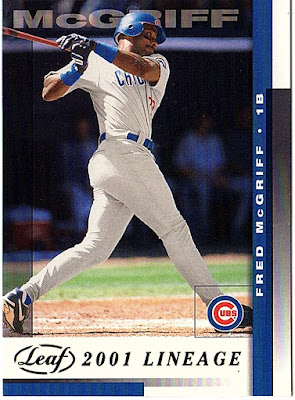 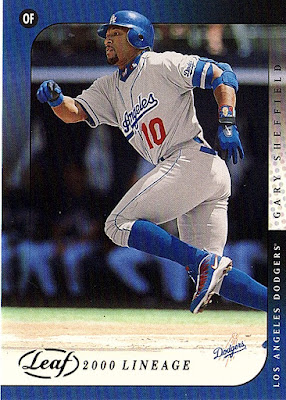 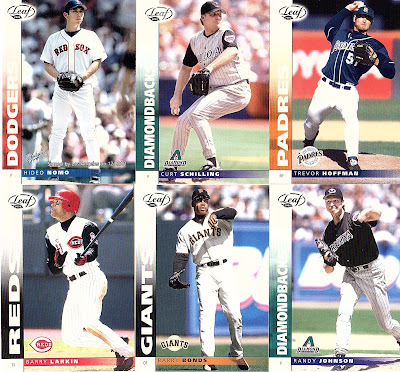 Some big names here.  Often the complaint with Leaf was poor photos. They all seem too bright and kind of blurry. The inserts have a much better look. Just compare the Lineage cards to the base.

Overall the box was sort of a bust in terms of cards that can stay in my collection, but it was fun to see a set that I haven't paid attention to in years. Thanks for the break Kevin! I'll show off the trade portion tomorrow.