I won a contest!!! Jared from Cards My Mother Didn't Throw Out recently held a contest in which the prize was some great rookie cards of big name players.  These are some welcome additions to the collection. 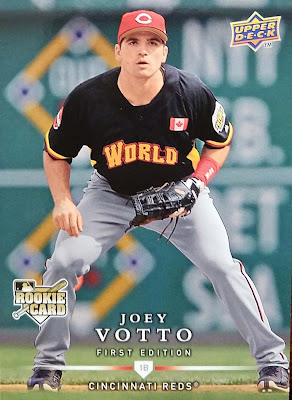 Joey Votto gets a little lost in the shuffle since he plays in Cincinnati.  You could actually make an intriguing argument that Votto could have won the MVP.  Dingers won out and Stanton got the award. 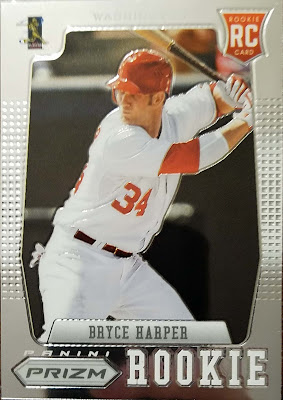 I never quite understood the hate that Bryce Harper gets from some people.  Ultimately he will get the last laugh after this coming season when he hits free agency.  He is going to shatter the biggest contract in MLB history. 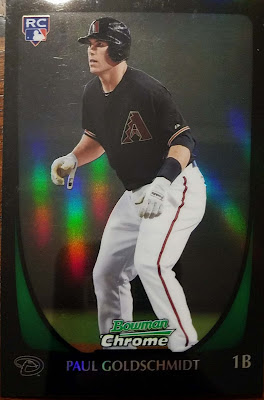 Phone scan apps don't do very well with Chrome cards....  Another guy that tends to fly under the radar.  The guy doesn't even seem to talk much. 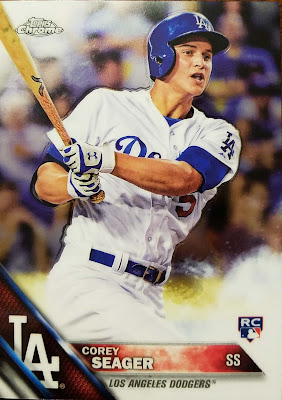 Having a stud young shortstop is an easy way to get your team back to the top.  Seager is sooooo good. 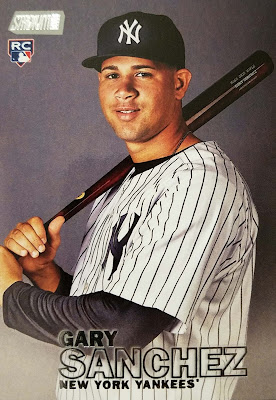 Sanchez will somehow get to fly a little under the radar now that Judge and Stanton will be the focal point of the Yanks. 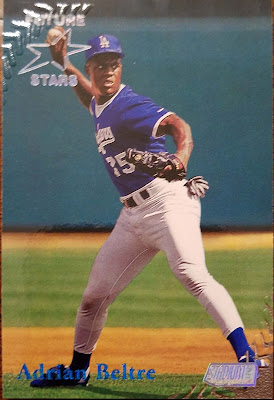 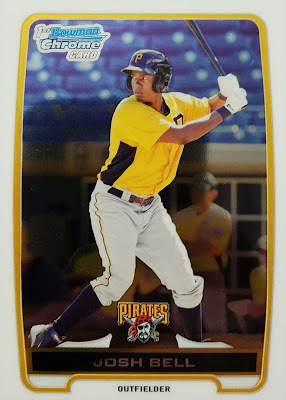 Hey a Pirate! Josh Bell is firmly entrenched as the Pirates first baseman. 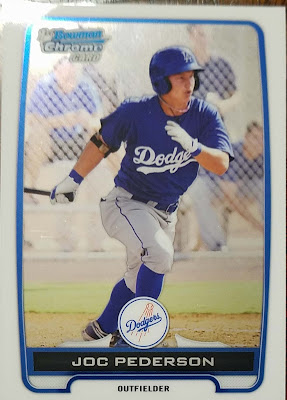 Kind of thought the Dodgers might trade Pederson this offseason as part of a big Stanton deal.

Now for the autos! 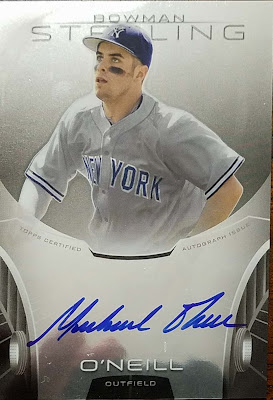 O'neill got released by the Yankees last year, but he caught on with the Rangers. 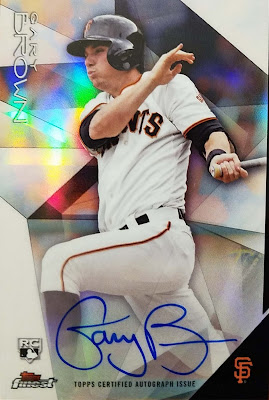 Brown got a cup of coffee with the Giants a few years back, but as far as I can tell he is out of professional baseball.  Looks like the last couple of years have been spent in the Indy Leagues. 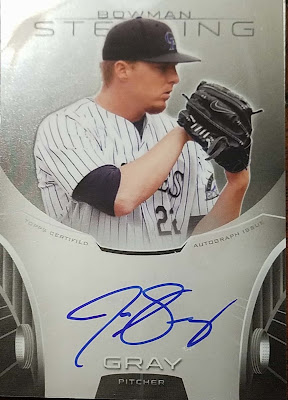 Jon Gray is currently part of the Rockies rotation.  He has considerable upside and is always a sabermetrics favorite.

Thanks for the contest Jared! I'll show the beer and Pirate cards soon.


Posted by BobWalkthePlank at 3:37 PM