Arch rival and professional Twitter troll JBF recently declared that he was calling off his bombardment of my mailbox.  Obviously this was a ploy to keep me off guard as he enlisted my pal Peter to join the dark side.   While I do joke (and will get my revenge), Peter's cardboard generosity was greatly appreciated.  He knocked off three hard to get cards in one swoop.

The JBF installment of the trade package was typical JBF.  Tons of great cards that hit numerous collections of mine. 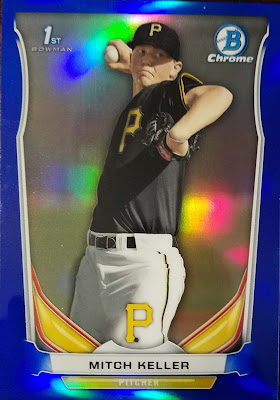 While the package was more hit based, it was this Keller card that drew my attention.  Keller is the Pirates top prospect and it was one of the few Pirate minor leaguers right now showcasing top of the heap potential.  He will likely make his debut in 2019 at which time he could be a consensus top 5 overall prospect. 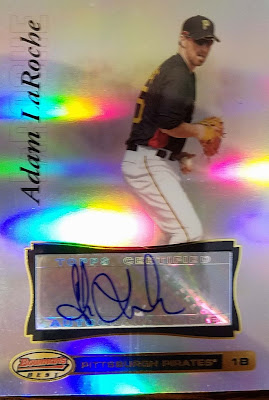 Adam Laroche's Pirates tenure was one that left you wanting more.  His overall numbers were probably a tad above average, but he was a notorious slow starter who accumulated a lot of meaningless counting stats. 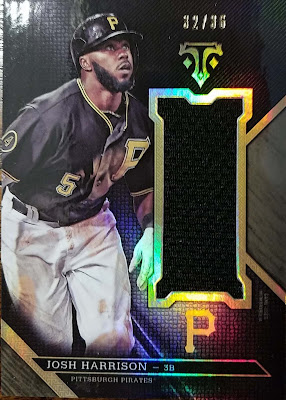 Triple Thread relics are always nice additions.  I have a feeling Jhay is going to go dealt at some point. 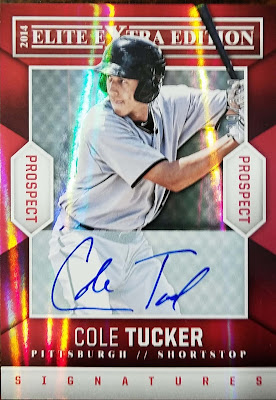 Another rising prospect in the Pirates system is Cole Tucker.  His career progression has been very similar to Pirate first baseman Josh Bell.  Highly touted in the draft, but injuries have stunted development.  Last year was his most complete year and the hope is that he can make a push to the upper levels of the minors this year.   The shortstop position in Pittsburgh is up for grabs as Jordy Mercer will likely be out after this year. 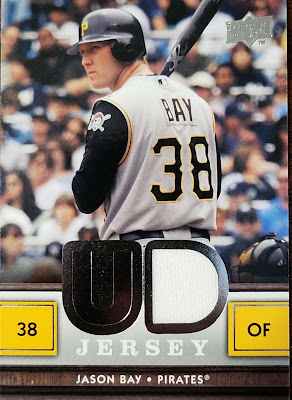 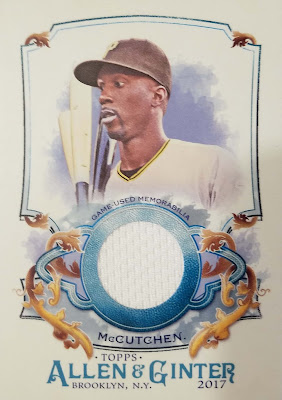 I fear Cutch will be dealt at some point too. 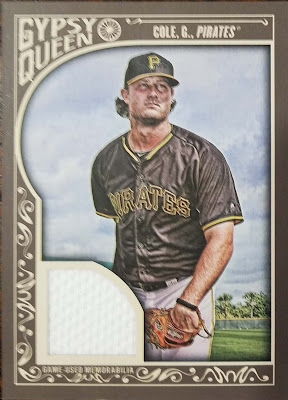 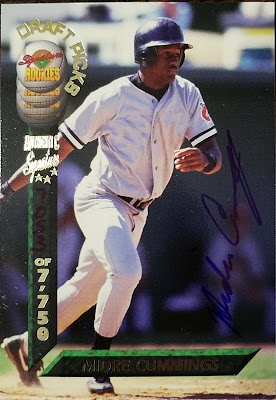 I believe this was pack pulled by JBF if I recall correctly! 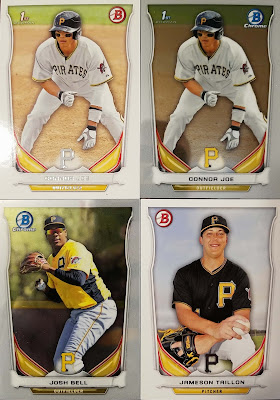 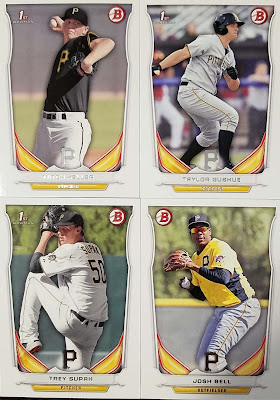 Another Keller rookie stands out in a nice crop of Bowman cards. 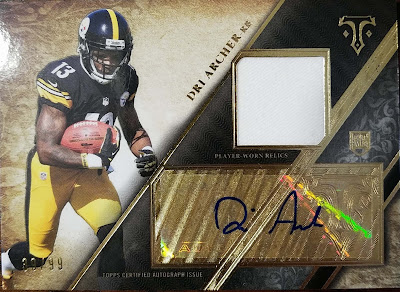 I don't actively add Steelers cards, but I think I might be close to becoming a Dri Archer super collector! I swear JBF has sent me 25 different ones.  Very much appreciated as all Steeler cards are welcomed. I want to collect more football, but that collection got slowed down after marriage. 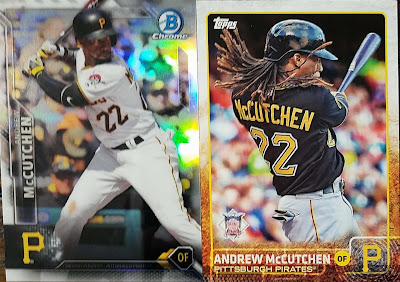 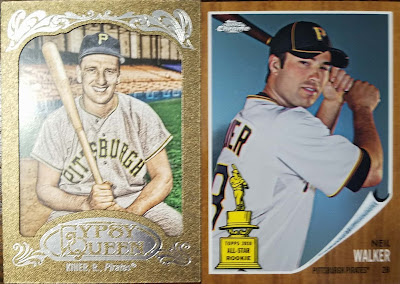 Thanks for all the great cards Wes.  You are a madman.

Thanks for reading!
Posted by BobWalkthePlank at 6:23 PM