This will go down as a breaking the ice trade, but I've been familiar with the blog known as Sport Card Collectors for a long time.  One thing I don't know is the name of the person running Sport Card Collectors.  Maybe that is his/her name....The return address even said SCC.  You my friend are a cardboard enigma....albeit a very generous one! Maybe we can make this a formal introduction.  My name is Matt and I totally dig the cards you sent. 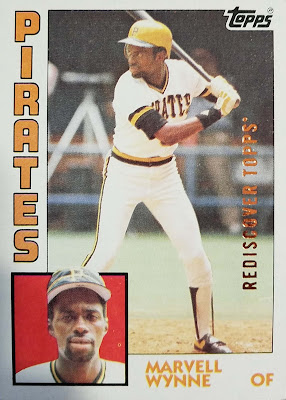 Along with rediscovering Topps, I needed to rediscover Marvell Wynne.  The early to mid 80's was a transitional time for the Buccos as the 79 World Series team dissolved.  After glancing at baseball Reference it would seem that Wynne had a nondescript but in terms of length decent career. Most of his career was spent as a reserve outfielder that would be seen as replacement level in today's game.  Over his 8 years he accumulated around -3WAR...ouch. 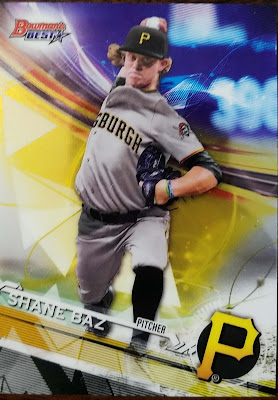 I've been trying to accumulate some Baz cards as he is already starting to receive some prospect buzz after being selected by the Pirates in last years draft.  Thanks to SCC I'm off to a running start. 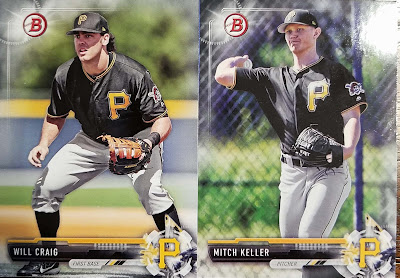 Keller has replaced Austin Meadows as the Pirates top prospect and one of the higher ranked right handed pitchers in all of baseball.

Will Craig has had a rough go of it so far professionally.  Lack of power and poor defense has plagued his first couple of years in professional ball.  While you can always regain your prospect status it will be a big year for the former first round pick. 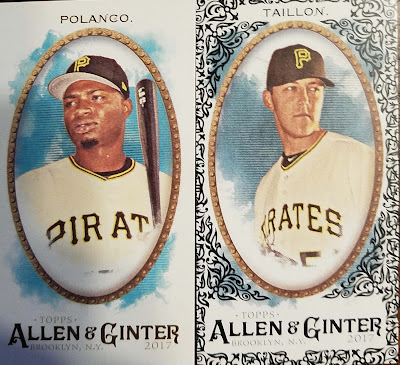 Minis! With the loss of Gerrit Cole, a lot of pressure to perform at a high level will be on Taillon. 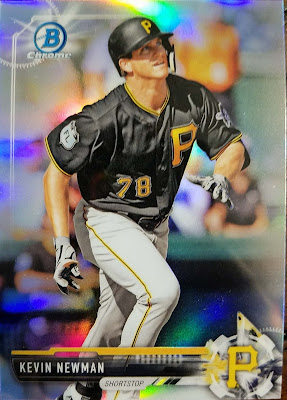 Another guy that I've seen play a good bit in Morgantown! If Newman has a nice start in AAA this year he could easily overtake Jordy Mercer's job in Pittsburgh. 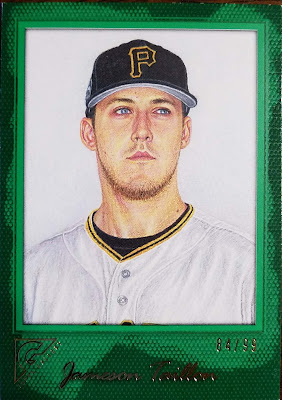 The grand finale of the PWE was this awesome Taillon parallel from Gallery.  One of the first (and only)high end boxes I ever purchased was one of the early 2000's version of this set.  Always been a fan of portrait oriented sets.

Thanks for the cards SCC.  Are you actually Rodney Hampton?.....That would be cool.  Thanks for thinking of me and I'll try to find some cards that fit your collection in the near future.