With every box break comes an awesome trade.  I can always count on Kevin to find some great cards for my collection.  He always goes above and beyond which is unnecessary, but greatly appreciated. 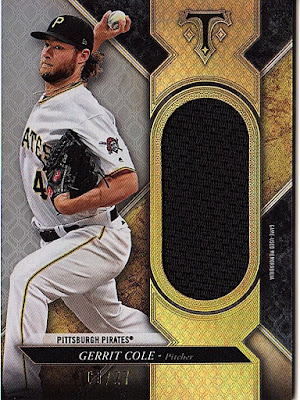 Weird to say former Pirate Gerrit Cole... As a whole Pirate fans are in a really bad spot right now. Losing the face of the franchise and your best pitcher within a few days of each other doesn't endear yourself with the fanbase.

I would never say this on Twitter because I don't want angry Pirate fans calling me a front office apologist, but I totally get the Cole deal.  The perception of Cole is that he is an ace pitcher, but the results tell a different story. The last two years he has been plagued by injury and homers.  While he has a ton of value, expecting teams top prospects wasn't fair.  Rumors were the Yankees offered Clint Frazier and Chance Adams, but not together.  The Astros never offered one of their top prospects.  Do you gamble on one big prospect, or get a collection of flawed players in the hope that they develop.

By all accounts Cole had no desire to take any type of deal that would have bought out his arbitration and early free agent years.  He had two years of control left.  It was time to deal.

This is by no means a knock on Cole.  He was healthy last year so that is a great sign. By losing him the Pirates definitely got worse in the short term. If he can suppress the homers, he could slot right back as a top flight starter. You just can't land a teams top prospects with someone putting up numbers like Cole has in the past two years. 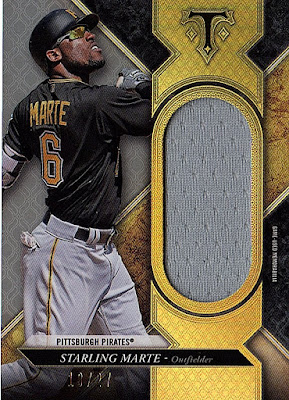 I feel like Kevin opened a box of SP.  Maybe I'm wrong....Either way that set was awesome. 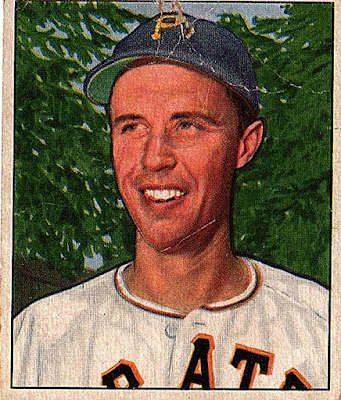 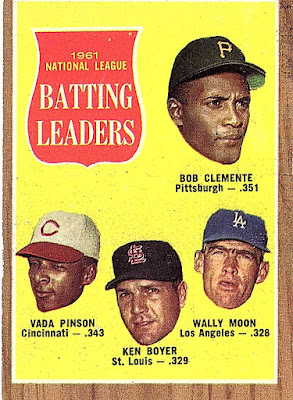 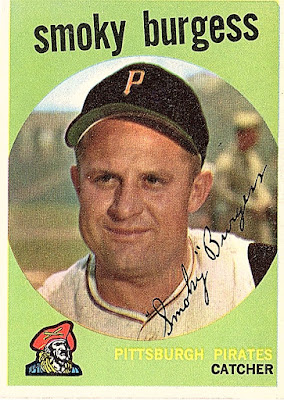 I always end up talking about Burgess quite a bit because he was part of a pretty famous trade that also brought in Don Hoak and Harvey Haddix. 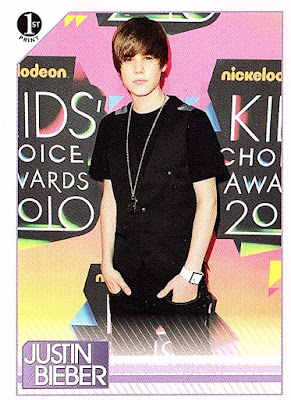 Thanks for the trade Kevin.  What a mix of old and new.  The winner was the Clemente/Wally Moon card in my book.  What a great card.

Thanks for reading!
Posted by BobWalkthePlank at 7:20 PM

Email ThisBlogThis!Share to TwitterShare to FacebookShare to Pinterest
Labels: the card papoy, trade 2018