Whale Hunting via Wes via Peter

So it begins.... For months Wes has been tormenting me on Twitter that he was going to devote all of 2018 destroying my poor mail carriers back. Little did I know that he also used this time to create cardboard alliances.  Peter from Baseball Every Night decided to join the dark side.

For the last couple of years I've kept a white whale list.  These are all cards I've tried to win on eBay, but have failed to secure on numerous occasions. This current list of 10 has been extra difficult, at least until Peter joined in the hunt. 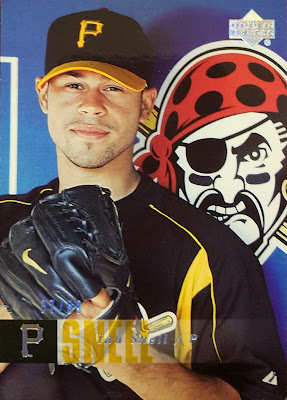 I love this card.  More Pirate cards should have angry logos lurking over the players shoulders.  The silver spectrum parallels from 2006 UD are /99 and kind of a pain in the ass to find at reasonable prices because shipping costs dwarf actual card costs.  Thanks to Peter the hunt is over! 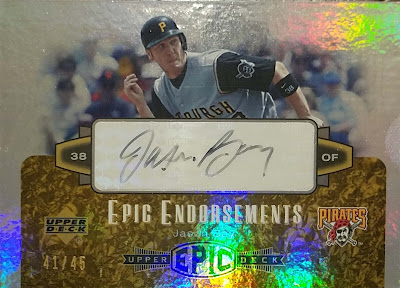 Not an easy card to scan. As many of you know I love collecting Jason Bay cards.  No player is more represented in my collection that the former Bucco outfielder.  The main holes in my Bay collection are hard to find auto parallels.  I'm not sure where Peter found this 2006 UD Epic Endorsements auto, but I'm happy he did.  Always super exciting to add a new Bay card. 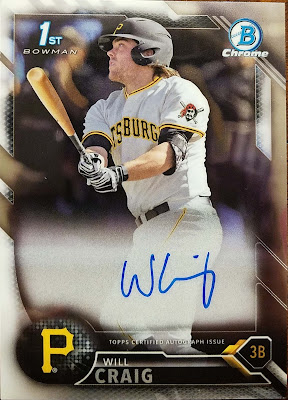 This card has kind of pissed me off over the course of a year.  Bowman Chrome autos are always on auction on eBay, but yet I could not secure this one.  It was getting comical how many times I got sniped at the last second.  Peter to the rescue!  I'm a sucker for Will Craig cards since he played in Morgantown for the WV Black Bears.

Holy cow Peter, thanks so much for sending me these.  I'm sorry you are now associated with Wes, but I'm willing to let it slide.  Now I plot my revenge.....

The Wes portion of the trade will be posted soon.  In typical Wes fashion it was eclectic and hit based.  Don't think for a second I've been just sitting around not preparing for you....

Posted by BobWalkthePlank at 7:43 PM