When Jared sent a bunch of big name rookie cards last week that was only half the package! The Pirates portion packed a punch with old and new.  It was like winning two contests!!!! 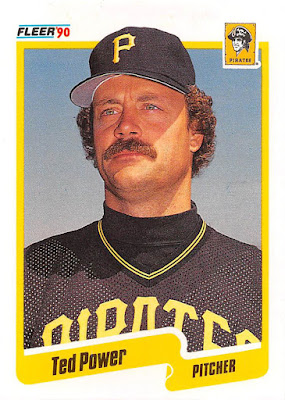 Ted Power is what happens when you cross John Candelaria and Bob Walk. 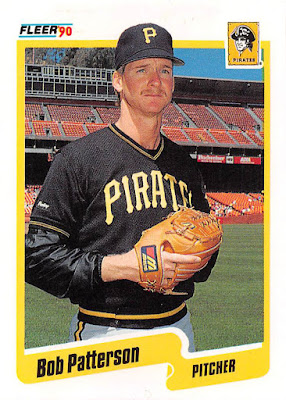 Bob Patterson is wearing a trash bag under his jersey. 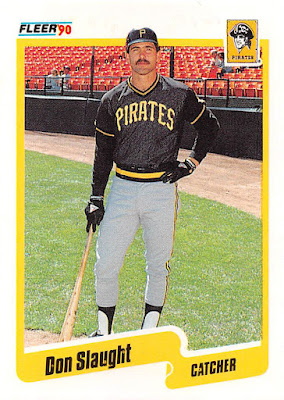 Sluggo is giving the death stare to the cameraman.  The Pirates catching tandem of Don Sluggo Slaught and Mike Spanky LaValliere had 10 WAR nicknames. 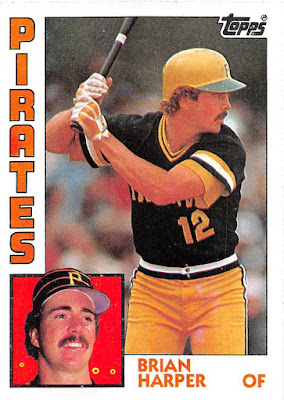 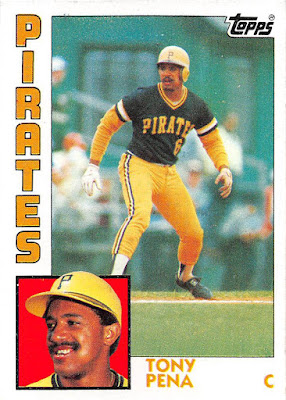 I think their might be an autograph version of this card in that Archives Signature set.  I'm pro Tony Pena Pirate autographs. 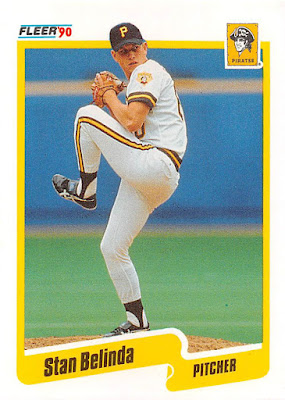 Belinda was pitching when Sid Bream scored in the playoffs against the Pirates. 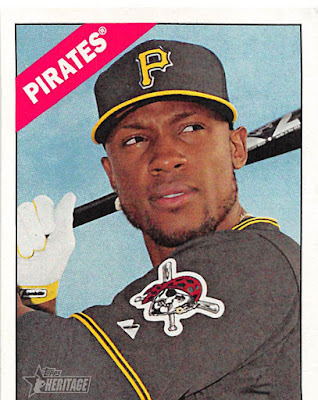 I love Marte, but his freaking suspension killed the Pirates last year. 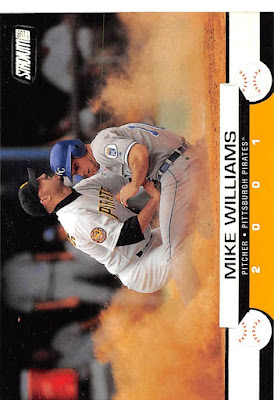 This is a quality picture. 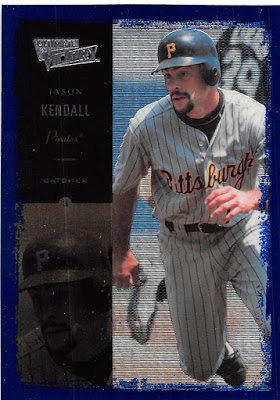 I have a lot of Jason Kendall cards, but I feel like one pops up everyday that makes me think I don't have it. 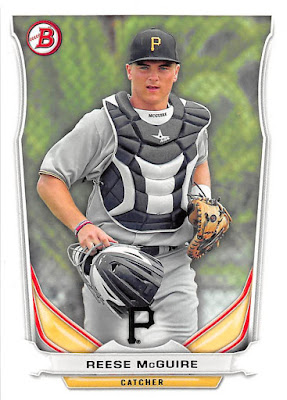 Reese Mcguire for a time was seen as the Pirates catcher of the future.  He got traded two season back to the Blue Jays and has lost a good bit of his prospect luster.  The bat just never developed. 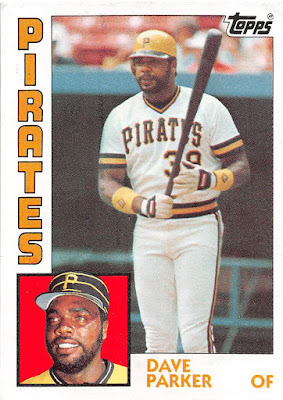 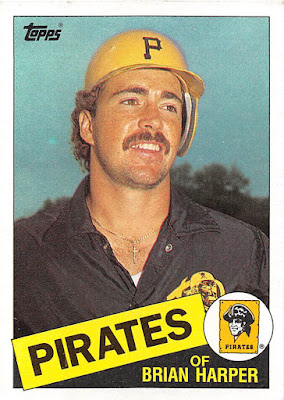 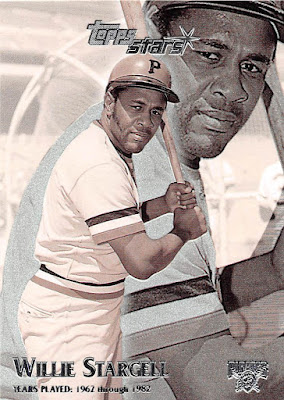 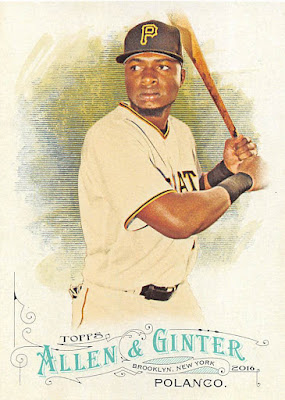 Polanco is such a tease.  He is always the perennial breakout candidate, but for whatever reason can't seem to put it together.  Even when his bat was inconsistent during his first couple of seasons, defense and base running made him extremely valuable.  Now he has been plagued by hamstring issues which has zapped most of his non hitting value.  The Pirates have a good bit invested in him so I hope he can "breakout" for real this year. 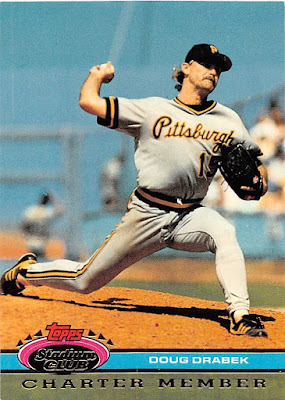 It is kind of weird, but for as long as the Pirates have been around they really haven't had many Hall of Fame caliber pitchers that spent the majority of their career as a Bucco. 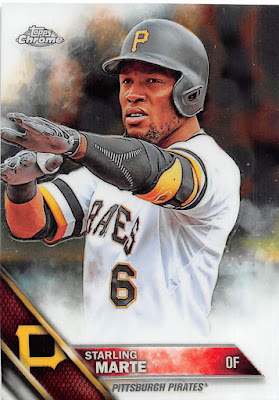 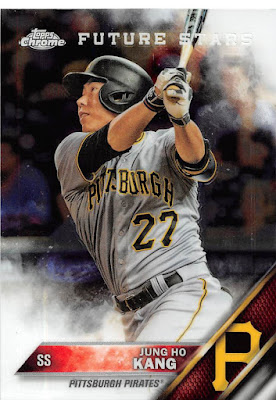 I think Kang is never going to suit up again in the MLB.  He played a little winter ball, but was cut from his team. 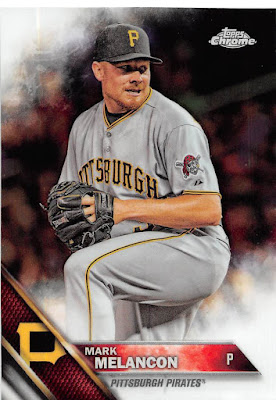 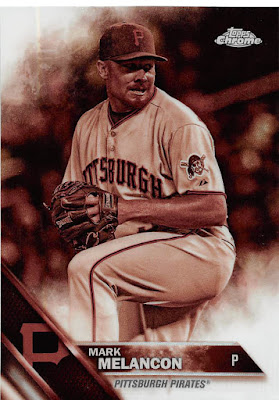 Always happy to get some Melancon cards! 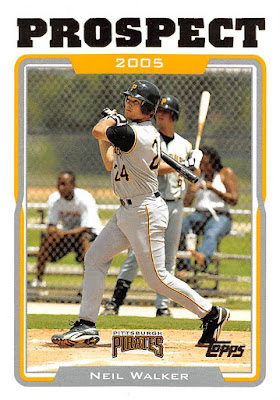 Neil Walker was still a catcher when this card came out! 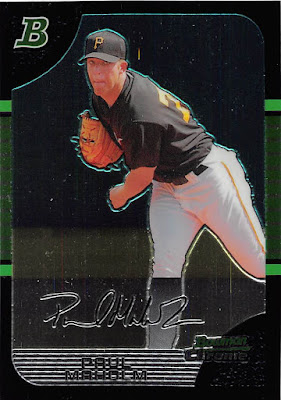 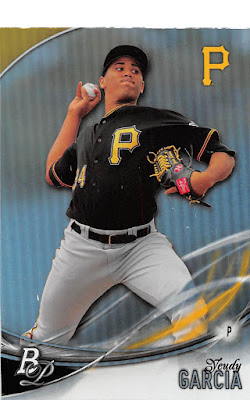 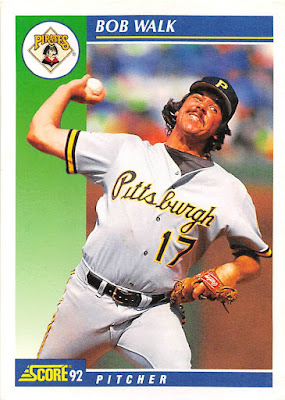 Now we are getting into the real heavy hitters! This looks like a max effort Bob Walk fastball.  May God have mercy on the hitter and catcher. 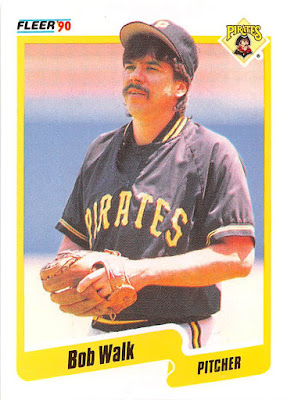 Likely scoping out the ladies in the stands. Actually who am I kidding.....they flock to him. 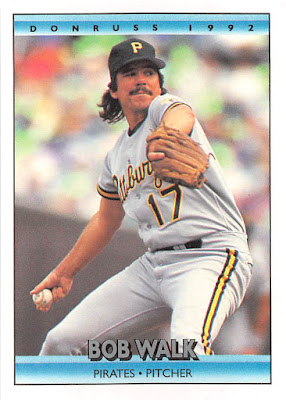 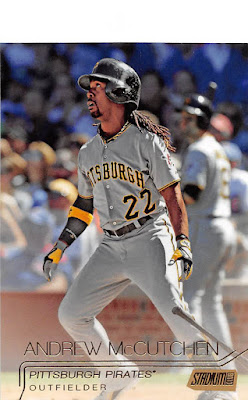 Gerrit Cole was almost traded today.  That may signal the end for Cutch too. 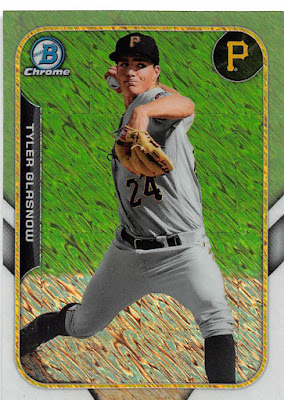 I really hope Glasnow pans out.

Thanks for the cards Jared.  Since my computer has been down I've been experimenting with different scan techniques.  These turned out nice....(shhh...I used my work scanner)!

Thanks for reading.
Posted by BobWalkthePlank at 6:57 PM