I've been a little backlogged getting through all my mail this week. When I was traveling I had everything held, so my mailbox exploded on Monday with about 12 envelopes!  Rest assured Tom, Jeff and Kevin your envelopes arrived safe and sound.

I'm a proud member of Club PWE ran by Jedi Jeff of 2x3 Heroes. A handful times a year I'll receive some unannounced Pirate goodness. It is a great way for Jeff to thin out his clutter and to keep trades going throughout the year. 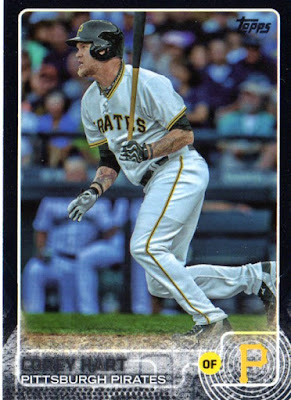 Corey Hart tormented the Pirates as a member of the Brewers for years. After several serious injuries he has been balancing team to team trying to get his career back in line.  He was brought in by the Pirates to be the right handed platoon of first base, but once again the injury bug got the best of him. It looks that his career might be in jeopardy.

With all that being said Hart only has a few Pirate cards and this is one of the rarer ones out there. The black parallels are numbered to /64! 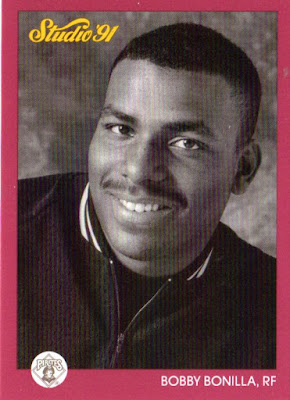 Early Studio sets are blogging gold. The posed photos make for some of the best pieces of cardboard in the last 30 years. This Bonilla looks like a Senior High School picture. Maybe that is a letterman jacket.... 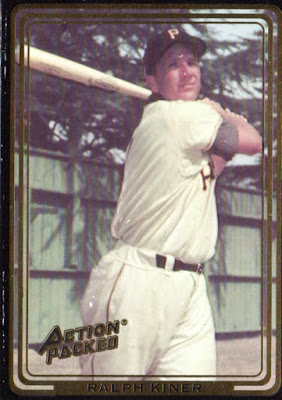 All three of these guys hold a soft spot in my heart. The mid 2000's Buccos were very entertaining even though they were perennial losers. When I use to go Spring Training I would often get to meet many of the younger players. Paul Maholm was one of these players and he was super cool.

Some active Buccos including two BWTP favorites in Marte and Polanco. 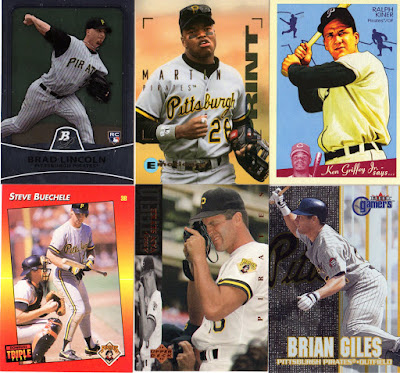 The Van Slyke is a classic piece of cardboard. The picture of a player taking a picture is very unique. 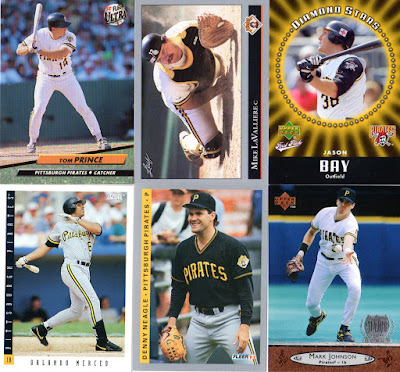 Mike Spanky LaValliere had some great pieces of cardboard over the years as well. This shot looks to be post play at the plate. Pretty cool stuff. 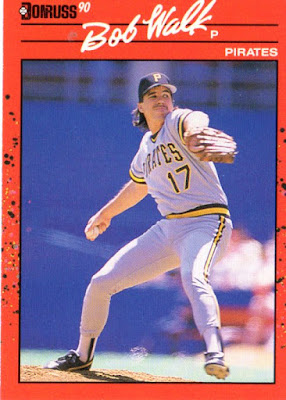 Jeff rolled the dice by putting this beauty in a PWE. 1990 Donruss Bob Walk will put my little girl through college one day. A thing of beauty.

Thanks for the great cards Jeff. I already have a few nice cards to send your way. Hopefully I'll get to packing some stuff up this week.

Thanks for reading! Let's Go Mountaineers.
Posted by BobWalkthePlank at 2:31 PM