Contest Winnings From a Cracked Bat

Julie just finished up a big move to Michigan. As a result she is purging some unwanted cardboard. At the beginning of September she ran a contest for set of 2000 Topps and I won! Yay me. I can always use more cardboard. 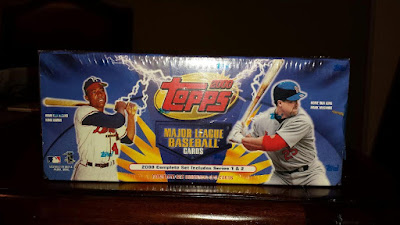 At least with box sets they don't take up much space.

Julie didn't stop with just the set. Being the kind soul that she is a bunch of other Buccos were included! 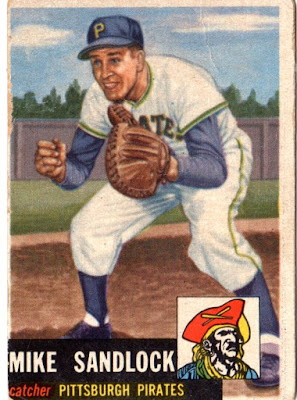 Sandlock was pretty much a career minor leaguer and only had a few at bats with the Pirates. Either way he was immortalized with cardboard. Great vintage! 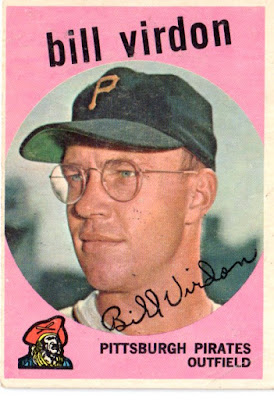 Bill Virdon was a long time Pirate and was part of the 1960 World Series winning team. 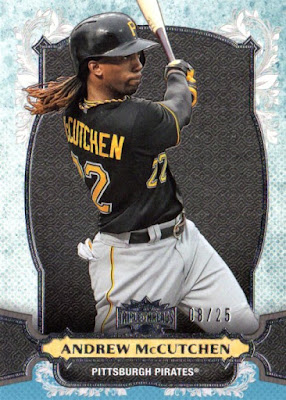 Always nice to receive these high end parallels in trade. I'm not sure if these have a fancy name in Triple Threads, but they are numbered out of 25. 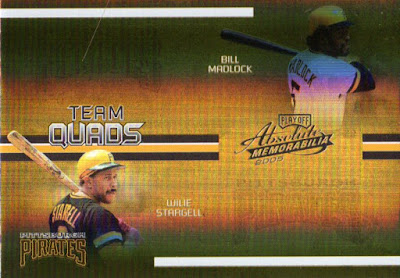 A numbered insert from Playoff Absolute Memorabilia. A set that I actually opened a bunch back in the mid 2000's. This card is out of 100. 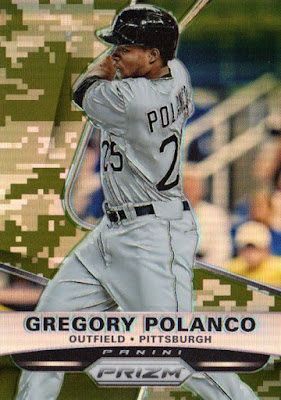 I didn't realize they numbered the camo cards. This is out of 199. Obviously I love this card because I'm enamored with Polanco. I hope he turns into a star. 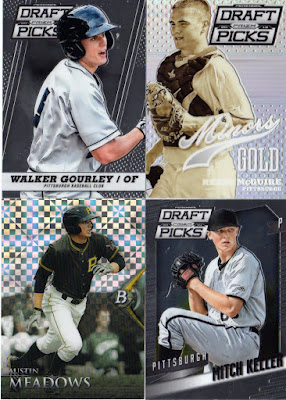 Prospect Buccos including a couple of top ten guys in McGuire and Meadows. 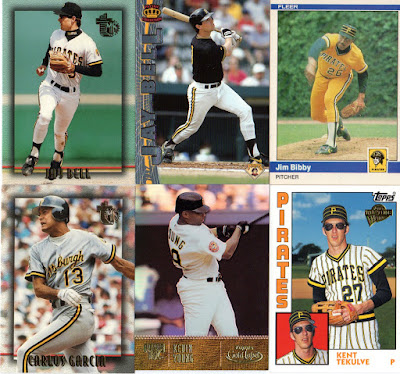 Some nice harder to find 90's cards. The Kevin Young is Topps Gold Label and a Jay Bell from Pacific. 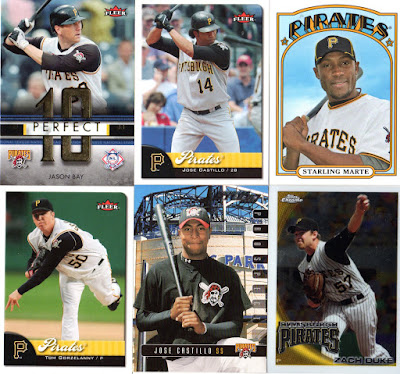 Some more recent Buccos including all time favorite Jason Bay. I liked the Studio cards with PNC in the background.

I think that Cole/Bell card is a dual auto as well. That would be an expensive card. Also, that is my first Sniffle Ball card :)

Thanks for the contest and all the great extras Julie. I'll be sure to ship more Tigers your way soon.

Posted by BobWalkthePlank at 5:52 PM