Several months back Zenus from The Prowling Cat asked me to see if I could locate some West Virginia Black Bear business cards. My first couple attempts went empty, but finally towards the end of the season I was able to locate one. Zenus returned the favor by sending me some Buccos. 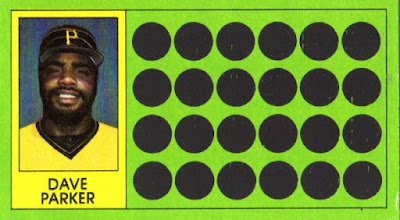 A cool Topps scratch off of Dave Parker. 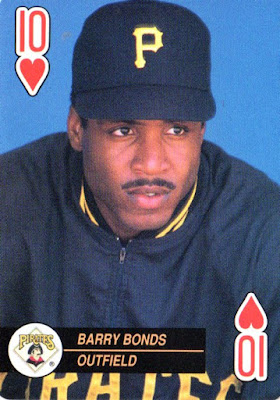 Barry had this disgusted look for most of his Pirate tenure. 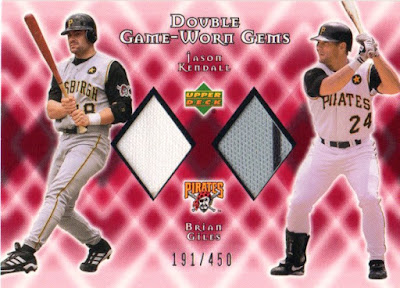 This is a cool dual jersey card of the two best players on the early 2000's Bucco teams. The Giles jersey has a nice stripe running through it. I had been on a cold spell adding cards of Kendall and Giles so it was nice to get my hands on this card. 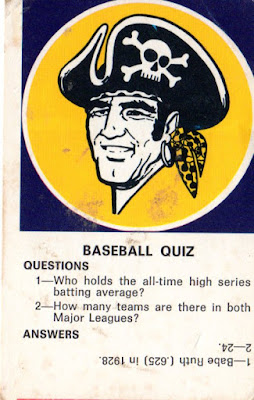 Quiz time! According to this their are 24 teams in both Major Leagues. 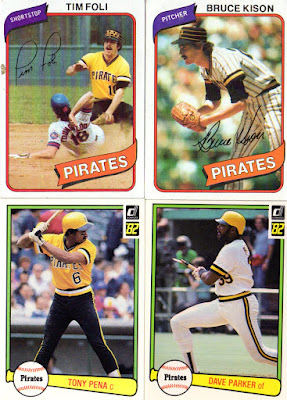 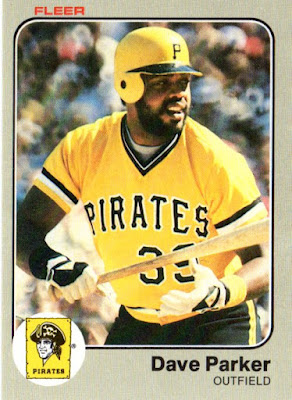 Parker looks to be getting ready to argue a call. 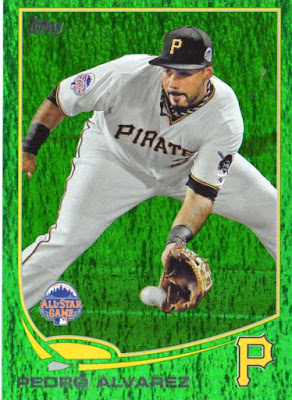 Here is Pedro most likely making an error...I kid, I kid.....not really, he is terrible at defense. 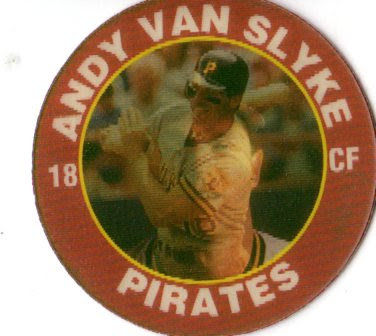 Van Slyke was a personal favorite of the really good early 90's Bucco teams. These discs were 7 Eleven giveaways and were produced by Score.
Thanks for the Buccos Zenus. I'll be sure to help your pocket schedule and business card collection next year as well.
Thanks for reading. Happy Halloween!!﻿
Posted by BobWalkthePlank at 4:45 PM

Email ThisBlogThis!Share to TwitterShare to FacebookShare to Pinterest
Labels: the prowling cat, trade 2015