Of all the active Pirates Jung Ho Kang might be the hardest to accumulate cards of other than Andrew McCutchen. Being the first position player directly from the KBL and having a great season catapulted the value of his cards. By the time sets started producing cards some autos were going north of $100, and the base rookies were demanding premium prices.

Thanks to Tom I can put to bed one of the newer releases. Last week Tom busted some Heritage High Numbers and pulled this beauty. 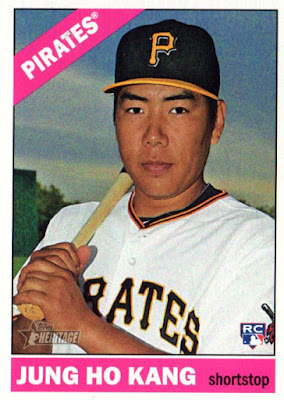 It is always extra special when you get some help from the blogosphere. One of the cool things about our special group.

Tom wasn't done with just the Kang. He also included a nice note wishing the Pirates luck in the Wild Card game and hoping that whatever team wins that they would go on to beat the Cardinals and two SL cards.... 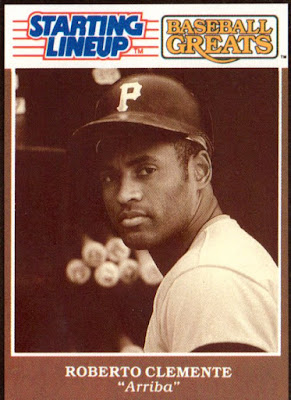 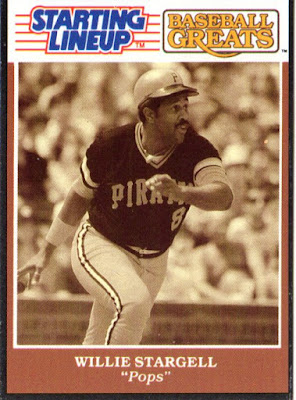 It seems that some of the Starting Lineup cards are just as sought after as the figures themselves. These are two nice cards of the of the bigger names in Pirate history. Thanks for the extras Tom! Rest assured I'll be hitting you up soon.