I'm off work today which is nice. Seems like every 3 or so months I just need a day to decompress and hang out at home. Fridays would be more desirable but if you work at a college like I do everybody tends to leave early on Friday. I use those days to get more administrative types of things done. The quiet is very nice.....plus Fridays are beer tasting days!

With the free time I've been sorting some mail I've got over the past week. One bubble mailer was from long time trade partner Tony from Off Hiatus. I went back and counted and this is the 14th time I've received cards from Tony!

Tony is one of the fortunate souls that has multiple card shows at his disposal so an envelope from him can include just about anything. 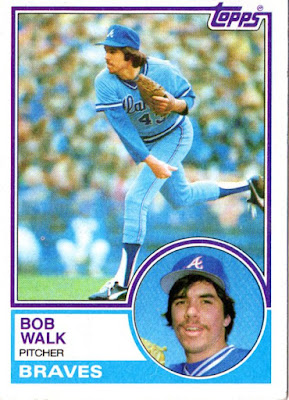 Those powder blue Braves uniforms are a thing of beauty. When it features Mr. Walk it becomes a work of art. The mustache is still a work in progress and the mullet was not quite there yet, but greatness would come soon. He actually looks a little like John Candelaria here. 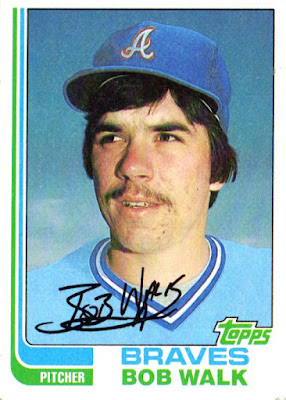 If only a certified auto of Bob Walk existed. 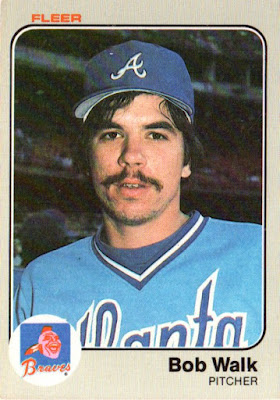 Oh so close to the mullet. This card reeks of early 80's. 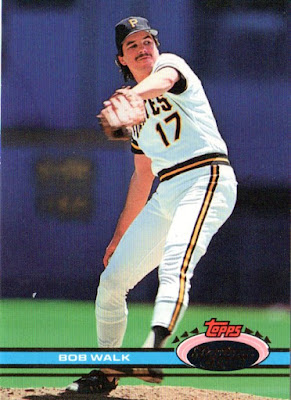 Here it is! As usual it takes Stadium Club to get things perfected. You get the action shot along with the look we all know and love. 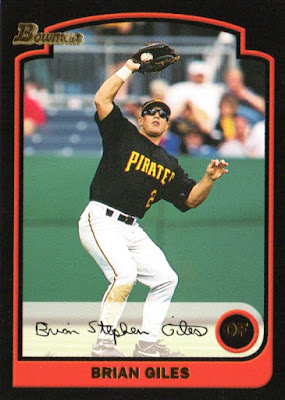 This card is very formal with the Brian Stephen Giles facsimile signature. Looks like Brian had a tough time with the sun as he is catching the ball with the heel of the glove. Pretty cool shot for a card. 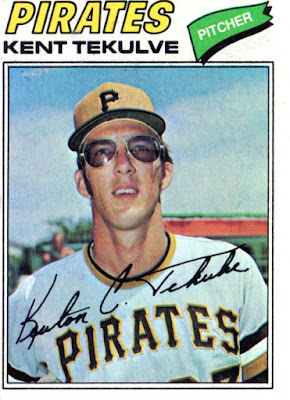 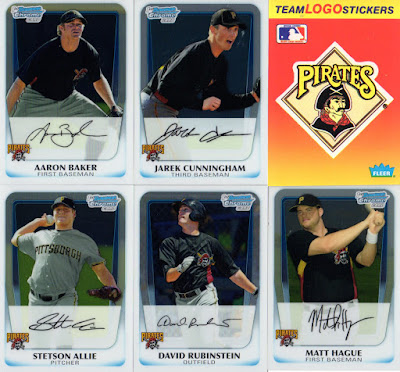 Of the guys shown only Matt Hague has seen MLB time. Stetson Allie was a high draft pick, but the Pirates pulled the plug on him as a pitcher. He is AA right now as a position player. The guy has light tower power, but I'm not sure if that will be enough to carry him to the big league club. 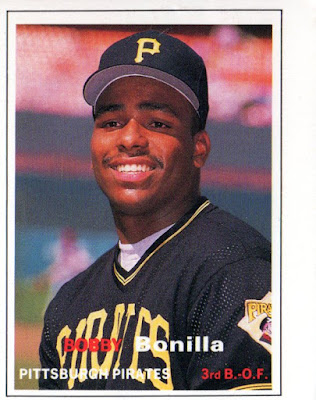 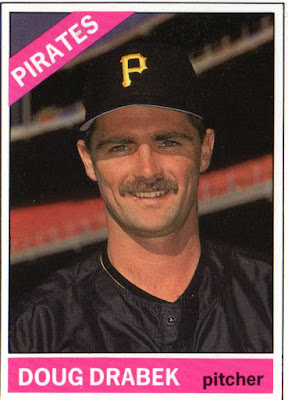 A few oddballs of Bonilla and Drabek. Bonilla was a guy I was hoping would have a few modern releases, but so far he has nothing. I guess he doesn't feel the need to sign anything when he has all that deferred money from the Mets paying him until the end of time. 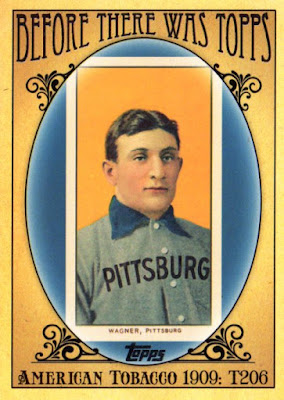 Thanks for the cards Tony. Since you always put music on you blog I figured I can showcase a couple of my favorite bands from the state of Georgia.


Hearing Sevendust always makes me want to punch someone. I've seen them live a couple times and they are awesome.

Posted by BobWalkthePlank at 1:34 PM