This weeks envelope barrage continues with frequent trade partner Jeff from Wish They Still Came With Bubblegum. It was the PWE variety this time around, but still packed a big punch. 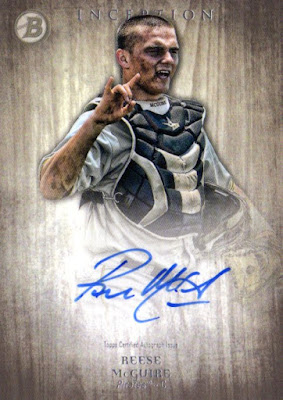 Reese McGuire was drafted by the Pirates in 2013 in the first round and is heralded as an advanced defensive catcher for his age. Still only 20 years old he has already played every level of A ball in the Pirates system. It will be interesting to see how aggressive the promotions will be next year as the bat still hasn't come around.

Bowman Inception made for a nice alternative for auto chasers not worried about getting every single Chrome parallel. Very nice auto! 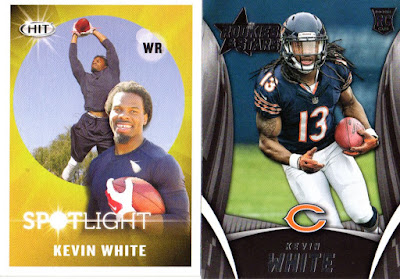 Kevin White cards haven't made the tumble like I thought they were going to. When it comes to my WVU collection I rarely chase new releases, but figured since he was out for the year the market might relax some. That hasn't been the case yet

Thankfully the blogosphere has helped me accumulate some releases and I believe this is the second time Jeff has hooked me up. 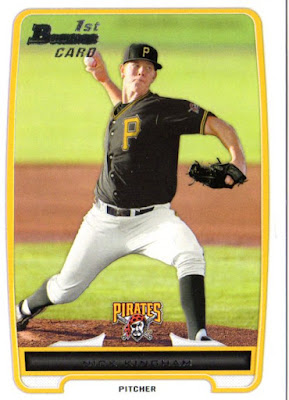 Nick Kingham would have replaced Jeff Locke in the rotation at some point this year had he not blown out his arm. Maybe he can help the big league club at some point late next year. 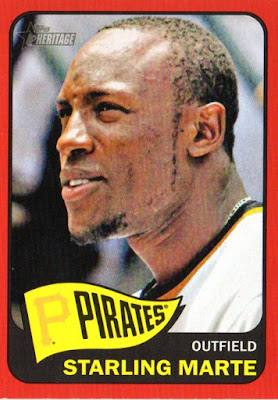 Is this a Target parallel? I get confused sometimes. Still a pretty cool Marte. 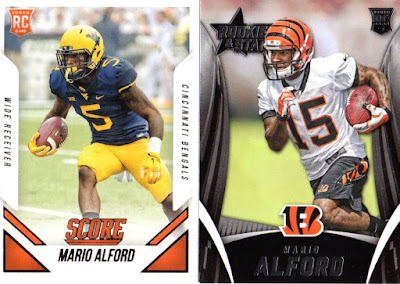 I've received a few Alford cards recently from my blog friends. Nice to see he is getting some cardboard love. 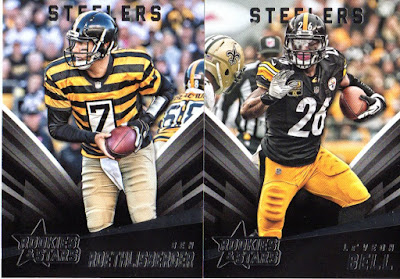 The throwback Big Ben is a cool card even if he looks like a bumble bee. 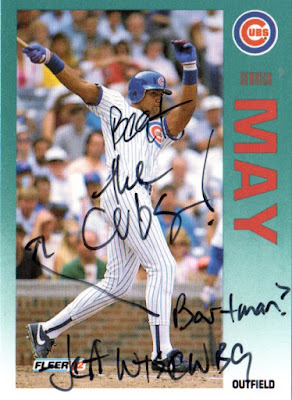 This card made me laugh, but its powers did not work. At least the Cubs just beat the Cardinals. Now they can go on and lose in soul crushing fashion like they are destined to.

Thanks for all the great cards Jeff. Sorry about the delay in posting about them. Look forward to hitting you back soon.

Posted by BobWalkthePlank at 8:55 PM