Making Fun of One of My Favorite Players (Gold Glove Rant)

The finalists for the Gold Glove awards were named today. I try not to care about these awards, but baseball likes to cram them down our throats this time of year so naturally I pay attention. For the longest time the awards were a joke as it was more of a popularity contest or the guy that had the best offensive numbers. The award hit an all time low when Rafael Palmeiro won a Gold Glove for his work at first base even though he only played around 30 games there and DH'd the rest.

Finally, in 2013 baseball started a collaboration with SABR to add a sabermetric component to the voting process. This process encompasses 25% of  the total vote. While not perfect it has helped eliminate guys like Palmeiro winning the award.

The three Pirates finalists for the award this year are Gerrit Cole, Starling Marte and Andrew McCutchen. I'm fine with the Cole selection and Marte has a great shot of actually winning. The McCutchen selection leaves me scratching my head a little. I watch enough Pirate games to know that while Cutch is a superstar his defense is very average. 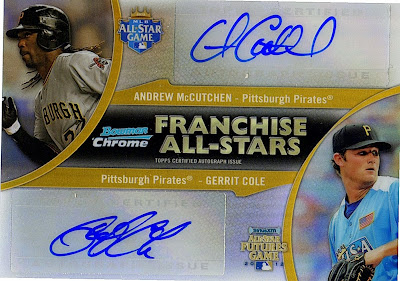 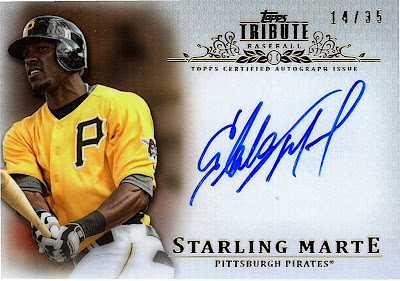 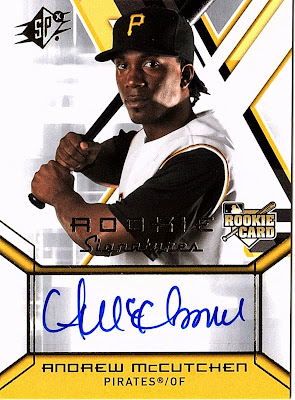 While I admit I'm a sabermetric nerd, the defensive metrics are still a work in progress. The main argument really isn't the guys that show up on top of these lists, but the amount of weight given to overall component to determine a players worth. Many people get upset seeing guys like Jayson Heyward and Ben Zobrist accumulate high WARs without putting up major offensive numbers.

One of the more all encompassing metrics out there is appropriately called "DEF".  While kind of confusing at its face it basically just takes all the existing information available about defense and adds positional adjustments. So you get a boost for playing the harder positions like shortstop and center.

So using DEF to sort NL center fielders, Cutch is nowhere near the top.  In fact he is 8th among the 11 players that qualified on Fangraphs. The other two nominees for the award were Billy Hamilton and AJ Pollock. They were 1st and 3rd.

My guess is that the main issue is that coaches picks still play a huge role. They are not allowed to pick their own guys so basically you are having them pick a guy that they may see 6 times a year. Not very scientific....

I love you Cutch, but you don't deserve to be a finalist.

Here is a fun breakdown between each leagues finalist compared to the "DEF" metric on Fangraphs. The stat is not used for pitchers so I'll use defensive runs saved for the hurlers.  It will be fun to compare this list to the actual winners once they are announced. Since the saber aspect was added a few years back most of the finalists deserved the nomination, but many of the winners were not deserving of the award.

Buehrle seems to win every year, but Keuchel has been the best defender the last few years. The margin is actually pretty big in favor of Keuchel so it will be interesting to see if he wins.

This is pretty much a tossup according the DEF stat between Martin and Perez.

Because of the positional adjustment all first basemen on the list measure in the negatives, so DRS might be a better measurement here which would make Teixeira the clear cut winner.

According to the DEF statistic Kinsler should be a runaway winner. Basically you can sort by any defensive stat and he is on top of the second baseman. If you are splitting hairs Jason Kipnis probably deserves to be a finalist over Dozier, but I doubt he wins anyway.

These are four heavy hitters in terms of defense, but as usual Beltre is a notch above according to the DEF metric.

Gregorious and Escobar are extremely close so either one would be a good choice.

Gordon is usually the winner but injuries slowed him down this year. Cespedes should win in a runaway this year.

Kevin Kiermaier had one of the best defensive seasons in recent history so it would be a crime against humanity if he doesn't win. Weird that Mike Trout makes the list. He is kind of like Cutch this year as he is no where near the top. Lorenzo Cain got snubbed as a finalist big time, but it shouldn't really matter.

Right field is a little like first base as it is a position that hides many poor fielders. Calhoun should win the award.

No one really stands out. According to DRS Grienke has a slight advantage.

Catcher is always the interesting one because its the hardest to quantify. Pitch framing plays a huge part but to what degree is the million dollar question. According to the stats Ramos should win, but I be willing to bet a lot of money that Molina wins.

If you use DRS it pretty much mirrors the finalists. Goldschmidt has a big advantage in DRS and Belt leads in DEF.

This is probably one of the more interesting battles. The DRS stat loves Arenado, but Duffy is a little more balanced across all the defensive metrics. Arenado has the reputation as the best defensive third baseman so my guess he wins.

Simmons is on track to go down as one of the best defensive players in history. Hechavarria has very good numbers but I don't see him taking down Simmons.

Big asterisk by this one as their were only a few qualified players for the DEF stat. With a small adjustment Chris Coghlan actually rates really high, but this is looking like Marte's award this year as he has the innings and his DRS is incredibly high.

Cutch is far down the list that it really doesn't even make sense. I'm not really sure what they even looked at. Hamilton is the clear cut #1 here.

They probably should just give this to Heyward every year. No one is really ever close to him. Giancarlo Stanton grades out pretty well if you lower the innings qualification, but still no match for Heyward. Bryce Harper is no where near the top.  Maybe baseball is just looking for some name recognition on the ballot with the likes of Cutch, Trout and Harper.

As you can see baseball is doing a better job of getting the finalists right. Most of the highest rated by defensive metrics show up on the list. The issue has been that many of them are still not winning.

If you want to see a better example of defensive players check this out. The Fielding Bible awards usually gets it right on the nose.

Posted by BobWalkthePlank at 6:12 PM