Repack king Doug from Sportscards From The Dollar Store always hooks me up with great cards. I can always count on well rounded trade packages. Normally his trade packages center around WVU. This time was no different, but with the extra surprise of some great hockey cards. 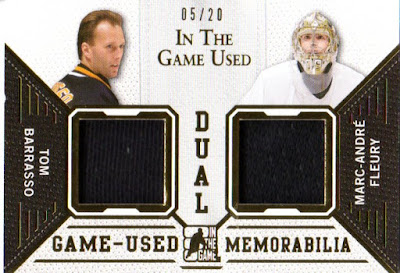 I actually sent a picture of this card to my brother because it was so cool. Tom Barasso was the goalie for the Pens during the early 90's cup teams. A certified crazy person, but well loved in the Burgh. Marc Andre has been breaking most of Barasso's team records the last few years. I feel like Fleury should be about 45 years old, as he has been with the team forever. /checks wikipedia....holy crap he is only 30! 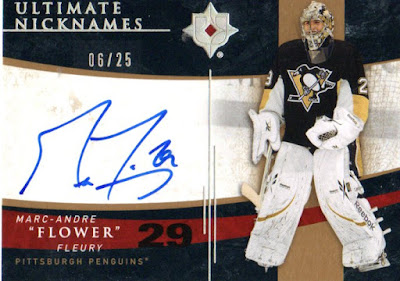 I love nickname cards! What a sharp card of the Flower. Doug went all out with the goalie hit parade. 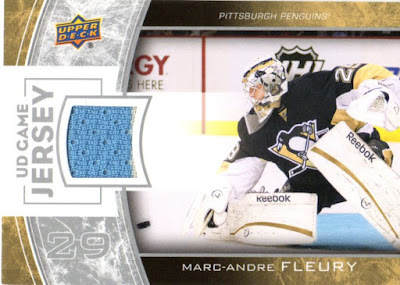 Not done with the Marc Andre onslaught yet. This is a nice relic of the powder blue alternate jersey of the Pens. 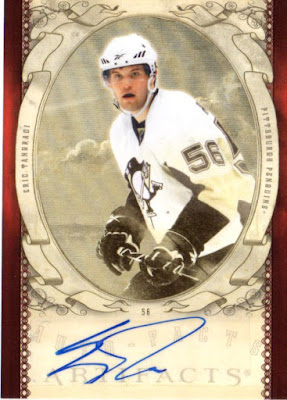 Tangradi never really developed with the Penguins. The deal that brought him to Pittsburgh also yielded Chris Kunitz who has been very productive playing wing alongside Sidney Crosby. Although Doug and I might put 20 goals a piece with Sid as our center. 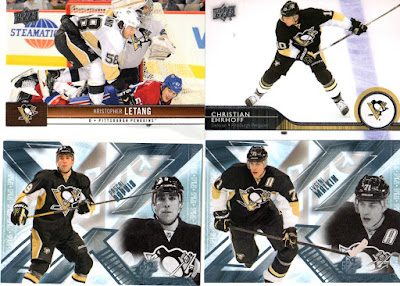 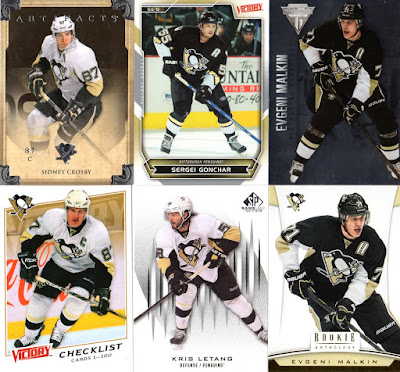 Always nice to get some Crosby cards. 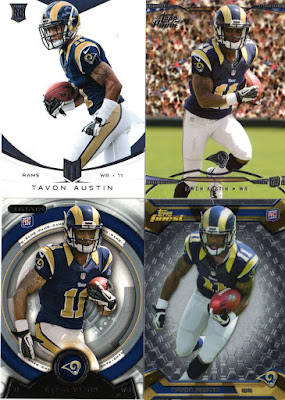 Tavon needs to get the ball more. The Rams are starting to utilize more quick screens but his touches are still limited. 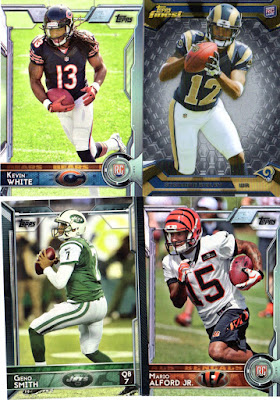 I may have to jump on some more Kevin White cards while he is on injured reserve. Of all the recent WVU draft picks he probably has the highest ceiling. He has great hands and size. In college he put up All American numbers while be double covered most of the time.

Also love seeing the Mario Alford. He doesn't have a ton of cardboard being a lower drafter pick. 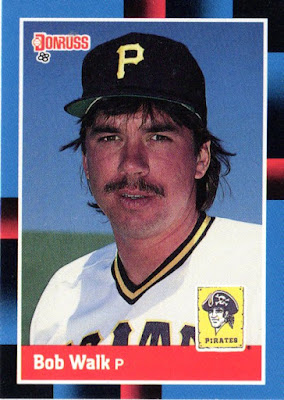 Way to end with a bang Doug. 88 Donruss Bob Walk is the greatest card of all time.

Wow Doug! What a great bunch of cards. It was so cool to see all those Fleury hits. Thanks for everything.

Thanks for reading.
Posted by BobWalkthePlank at 5:48 PM