The Art of the Blind Trade

Blind trades are sometimes kind of difficult to explain, but I love them. It may be weird to some to shop for other people just for the hell of it, but it is a unique way to facilitate great trade partnerships. I've been doing so many of these deals that I pretty much associate every team/player with certain bloggers.

One of my longest ongoing blind trades is with my good buddy Dennis from Too Many Verlanders.   Dennis and I have the common bond of collecting pretty much the exact same way. Dennis even has a site devoted to his Michigan portion of his collection. We've traded so much that we are pretty in tune with each others collections.

Lately I've been hitting Dennis with more Tigers than Wolverines. Dennis is very active with the Michigan aspect of his collection so I always worry about doubles. Generally speaking securing unique Tiger cards is much easier. In response to my lastest mailing Dennis went for the jugular.

The following pretty much nailed every aspect of my collection. 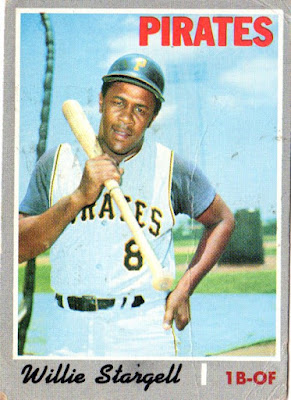 The 1970 Pops is kind of a cool candid shot from what looks like spring training. Nice way to start a trade package! 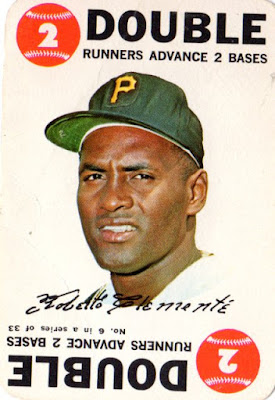 This is another guy that gets my attention. Clemente has such a huge following that I rarely shop for his cards. I would say 90% of the cards I own are from blog trades. 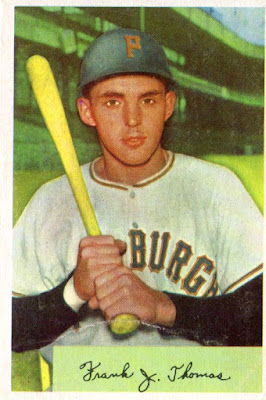 Dennis always jokes with me because whenever I talk about Frank Thomas it is always prefaced "The Real" or "The Original" Frank Thomas. The reason I do this is that he would actually sign many of his items like that. This is a 1954 Bowman in nice shape! 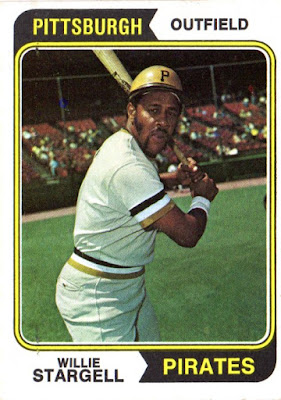 This is just the start of great Pops cards. This is the 74 Topps version which is nice with the black and gold trim. 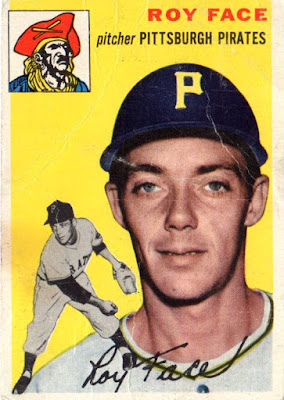 The archetype of the modern closer Mr. Roy Face. 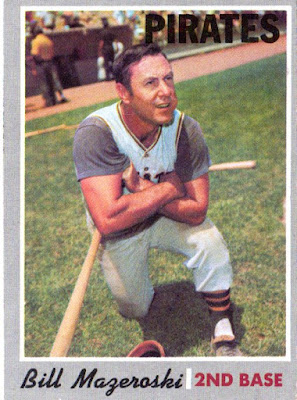 Maz hasn't been as active with the Pirates in recent years. I hope his health is ok. This is a cool shot from the 70 set. 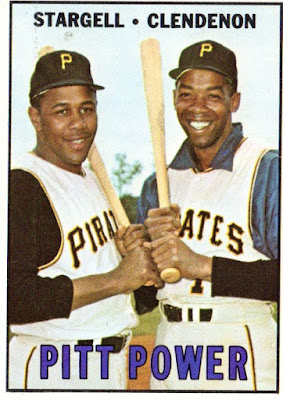 How about some more Pops!!!! 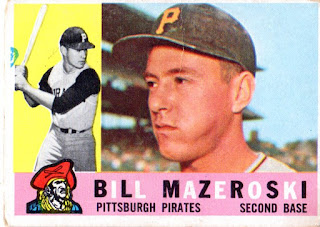 A much younger Maz in the 1960 Topps. Little does he know he will hit one of the most memorable homeruns in baseball history at the end of the season. 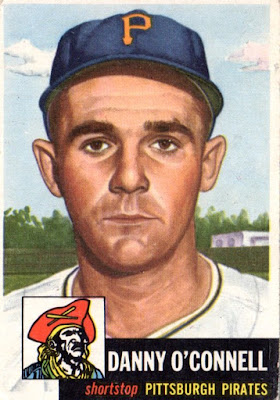 I love the 53 set and the old time Pirates logo! 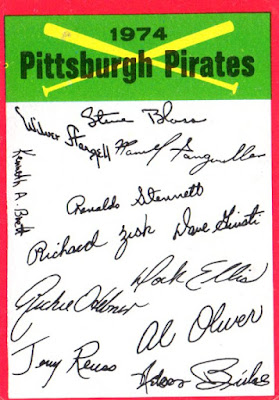 That was the vintage portion of the trade. Plenty of wow in that bunch with the likes of Pops, Clemente and Maz. Let's see the collegiate portion. 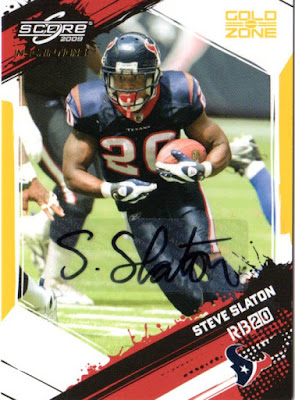 These Gold Zone parallels can be a pain to locate. I was happy to see this one. My Slaton and Pat White collections are by far the biggest in my WVU collection so parallels like these are where most of my focus is. Great addition. 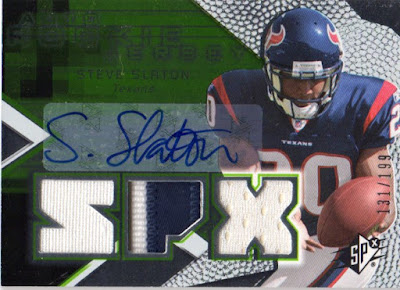 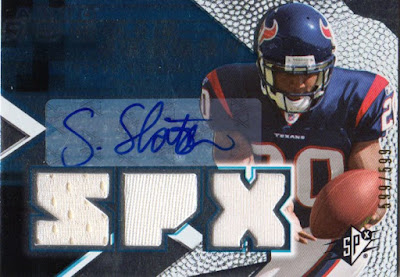 Your head might explode trying to locate all the parallels in SPX. The /199 version has a nice patch that is very cool. I'm sad that Slaton didn't get to stay in the NFL, but at last check he is still going strong in Canada and even was featured in the last CFL card set. 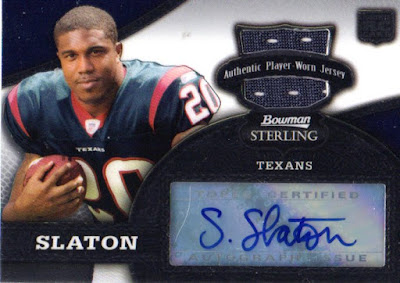 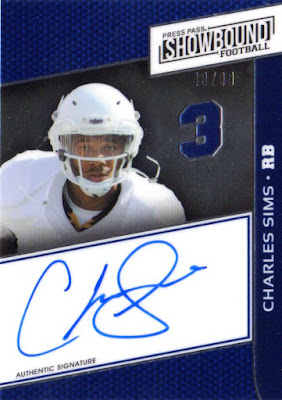 Charles Sims only played one year at WVU, but you could tell he was an NFL guy. Right now he is seeing 20-25 snaps in Tampa and has done some good damage receiving the ball. He looks to have a nice career ahead of him. 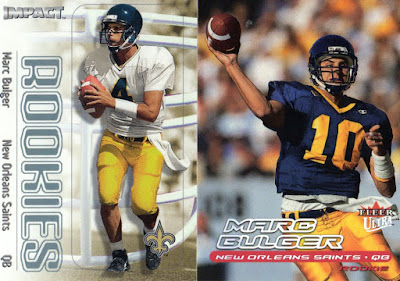 Big fan of the Ultra sets. Get a nice shot of the mid to late 90's WVU uniform. I have a lot of fond memories of Bulger putting up huge numbers while I was in junior high/high school. 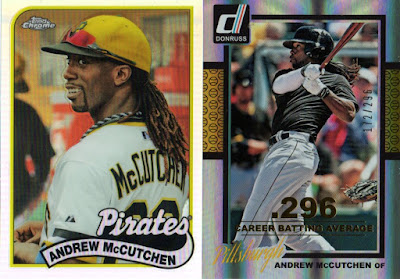 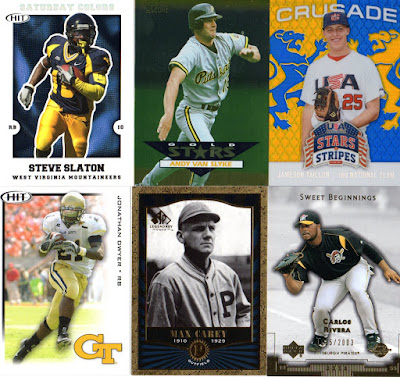 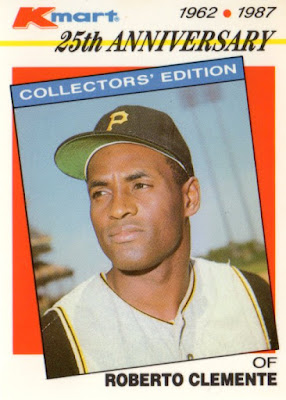 I'm always taken back to my elementary school years when I see sets like K'mart. My mom would often buy me these as gifts for birthday's and Xmas. Did any of you have Ames stores! 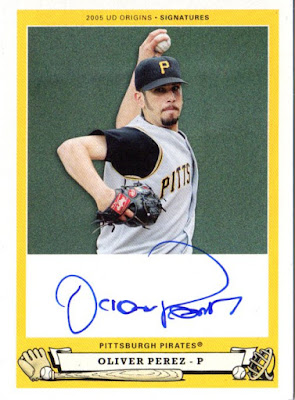 Oliver Perez rocketed onto the scene for the Pirates and fell back to earth just as quick. He has reinvented himself as a reliever. 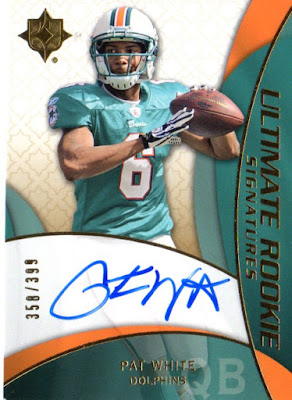 I love this on card signature. Ultimate Collection was another parallel crazy set, but all the autos were on card and awesome looking. 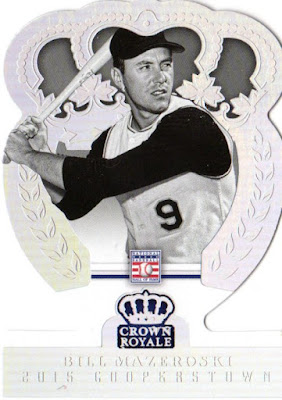 This is a new parallel from the Panini Cooperstown set which is /75. The set is awesome and I hope to maybe open a box if the price drops some. 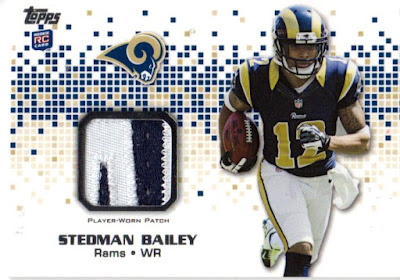 I have a few variations of this card, but this is the nicest patch of all of them. Looks like part of the name. Stedman and Tavon are getting more and more involved in the Rams offense which is nice to see.

Now for the main event. 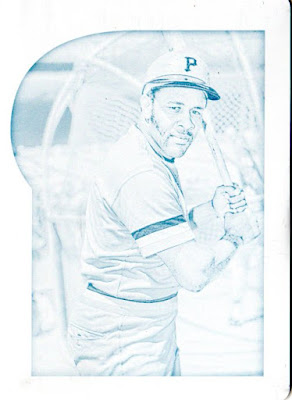 Oh yeah! A 1/1 printing plate from 2015 Gypsy Queen. Dennis warned me in his note that this trade package really POPS. It was a nice play on words into this great Stargell themed package.

Looks like it is my turn again Dennis.  I have already accumulated a few things, but nothing that really stands out as of yet. Rest assured I will return the favor. Thanks so much for putting together such a well thought out trade package.

Posted by BobWalkthePlank at 6:30 PM