Angus, who just started a Cleveland Brown centric blog called Dawg Day Cards, reached out recently to offer up some Pirates. Angus isn't new to the blogosphere as I've seen his name pop up several times as he has sent cards to Tony from Off Hiatus. I wasn't sure what to expect when a bubble mailer arrived late this week. 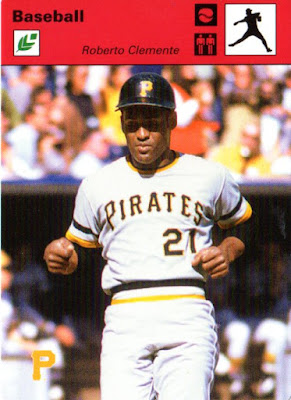 I knew I was in business when this is the first card that popped up. This is from 2005 Leaf Sportscasters and is numbered /75. 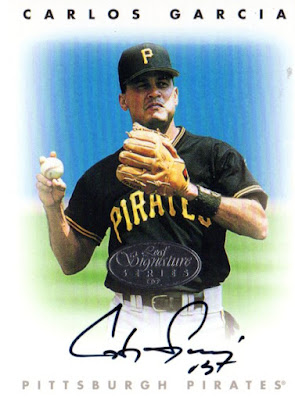 Leaf Signatures is one of the best auto sets of all time. 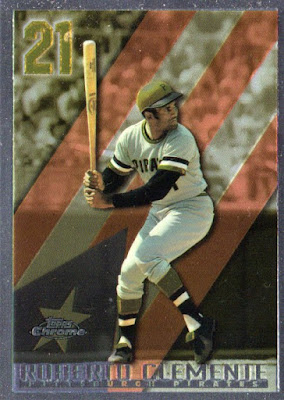 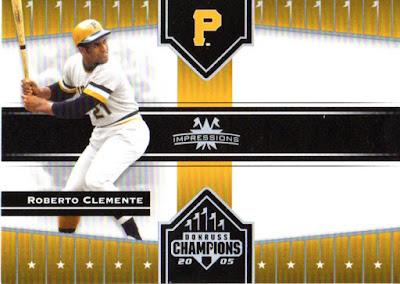 The Impression cards were pretty cool as the color scheme lined up with the team. 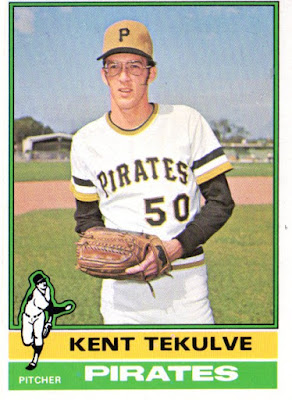 Rookie Teke! The glasses weren't even dark yet. Little does he know that he will become a cardboard legend. Cool shot from spring training. 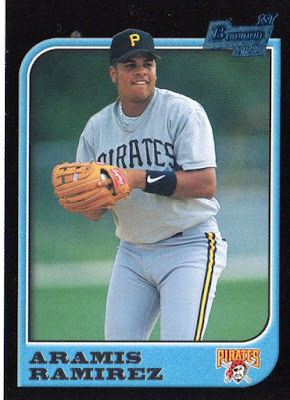 Aramis started and finished with the Buccos. Have to wonder what could of been if the Pirates had good management at the time they traded Aramis to the Cubs.
. 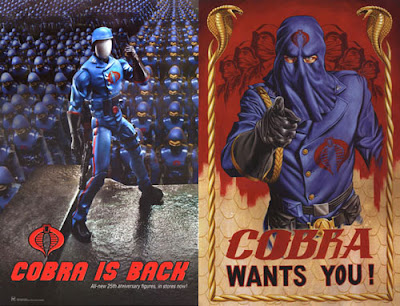 Angus is from Canada so one of the cool things about this trade package is the pile of O-pee Chee cards. 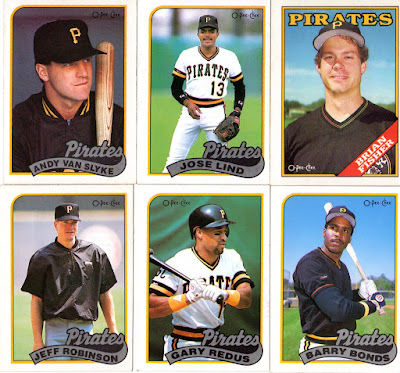 Look at the Canadian Gary Redus. You jealous Wes? 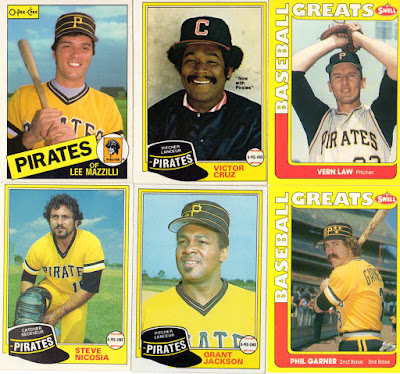 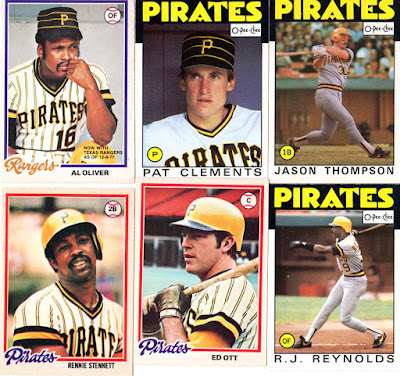 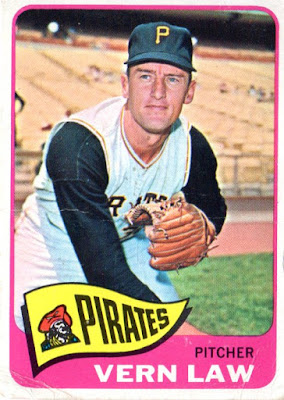 A very nice 65 Vern Law to close things out..
Thanks so much Angus! I really enjoyed all the great cards, especially those Clemente's. I know you said you didn't want anything in return, but I'm going to dig up some Cleveland Browns cards for you.
Thanks for reading. ﻿
Posted by BobWalkthePlank at 12:55 PM