This month Kevin and I expanded our box opening empire to Minnesota by inviting Brian from HSCA to join the fun. All three of us have different collecting styles, but have similar feelings about the hobby in general so it made a good fit. Hopefully we can have even more future expansion, but lets not get too far ahead of ourselves.

For my choice I picked 2014 Panini Classics. This set was well over $100 a box at release, but has been plummeting the last few months. This set makes a great group break choice as it hits many key aspects we look for in a box. First, you get four guaranteed hits which is nice considering one reason we do the box breaks is to accumulate trade bait. Another key is the checklist. This was a key factor for me was many pre-war players are represented including many in relic form. Just last week I showcased this triple relic. The last reason this is such a good set is that it is made by Panini and I like to torture Kevin with Panini products.

In cased you missed it Brian showcased his portion of the box this morning.

As a whole the box was mediocre at best. Probably the coolest aspect of the box break was pulling a Twin for Brian. Here are the highlights of my box.... 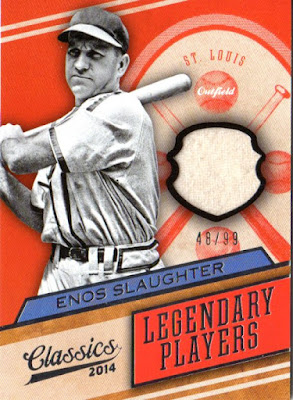 Always nice to pull a Hall of Famer. From the boxes I've seen retired relics seem to fall about one a box. It was probably some kind of cosmic justice that I did pull a Cardinal since I talked shit on them the entire playoffs. 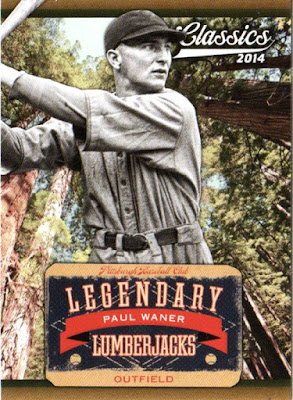 This insert is a little weird, but any card of Big Poison is a good thing.
﻿ 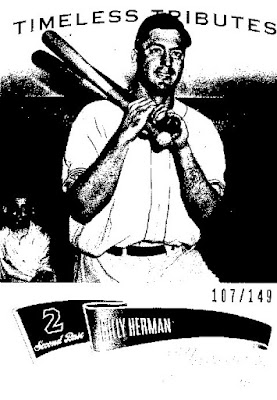 Ugh, this card did not want to scan. Numbered parallels fall about 2 a box and that is what we got. Herman finished his career as a Pirate, but is remembered as a Cub.

Obviously the modern base cards have their flaws. Having black and gray as primary color uniforms helps some with the license issues, but their is always room for improvement. When you buy Panini products you are well aware of the base card issues so you just move on. 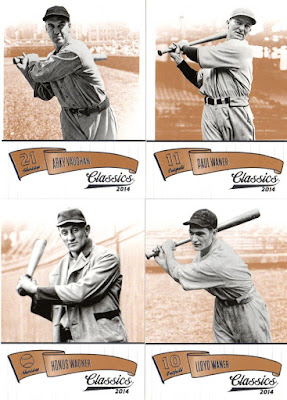 Now this is where Classics sets itself apart from most sets. The amount of retired players is staggering. You have to love that Honus Wagner card.

I actually want to open another box of this, but not sure if I'll make Brian and Kevin do it again. Either way it is very much a value buy now, so if it interests you the price is right. I believe at the time I ordered this in October it was around $65-70 on Steel City.