The scanner is alive! It just needed a ton of updates that I had been ignoring so it decided to not scan until said updates were completed. Lets take a close look at the greatness that Gavin sent my way.

Gavin's note that accompanied the cards warned me that he pretty much unloaded every Pirate card at his disposal. Music to my ears! I consider it my job to provide safe haven to all Pirates cards no matter the year or condition.

This package had it all. No matter what your collecting habits are, you will find something that fits your style. 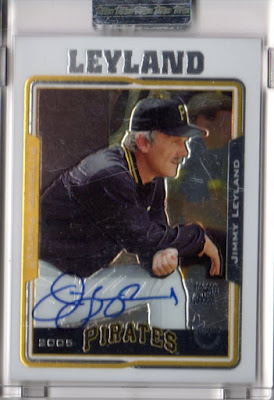 Managers autos are awesome! I've made it a point over the years to add many of the available autos on the market. The Topps Retired of Jim Leyland is among my all time favorites, because it may be one of the nicest auto sets of all time. I'm sure Gavin agrees. As far as I know the only other Pirates manager to have a certified auto that I'm missing is Gene Lamont from 2001 Topps. While not stated the supposed print run on that that card is crazy low. 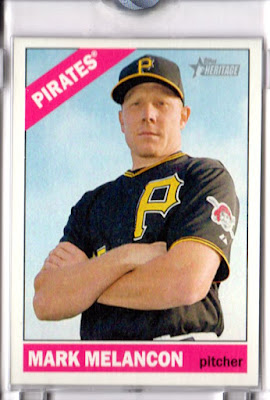 Gavin went to the Topps Vault! I've ordered a few things over the years from Topps Vault. They always have interesting items like photo negatives and contracts. This is my first blank back. Melancon has been dominant during his tenure as a Pirate. He doesn't have a ton of high end cardboard so this makes an awesome addition to my collection. 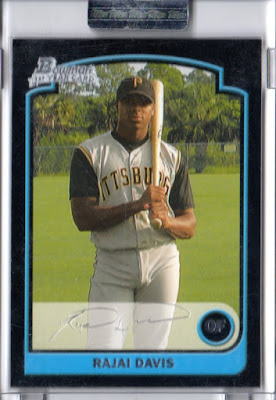 The Pirates traded Rajai Davis in the horrible Matt Morris deal. At the time Davis wasn't getting much playing time, but Matt Morris was way past his prime and fizzled out immediately. Davis would go to be a fairly productive outfielder known for his speed. While he doesn't get as much playing time this day his services are still sought after. This Bowman uncirculated card is sweet! 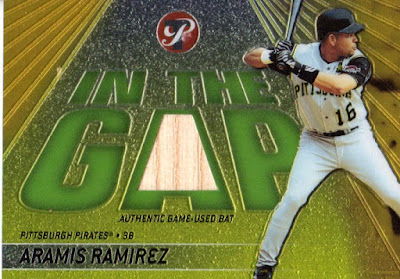 I've been trying to round out my Aramis Ramirez collection. I had a accumulated a decent amount over the years, but it seems like something I haven't seen pops up every few weeks. Gotta love early 2000's card craziness. 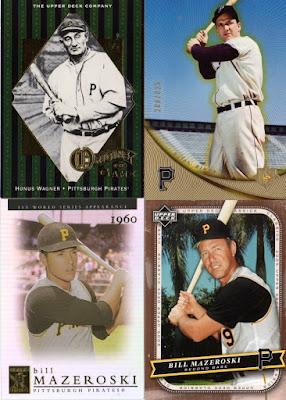 Newer cards of older guys. I'm always a sucker for the Tribute cards like the Maz on the bottom left. 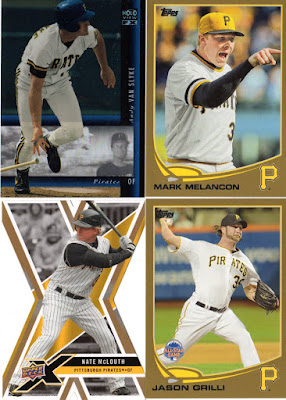 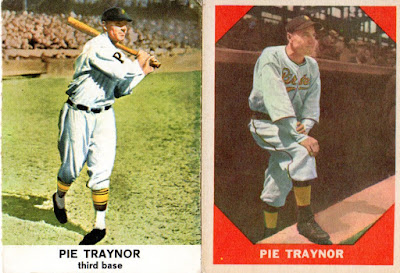 The Fleer Traynor is fantastic. One of my favorites from the entire package. 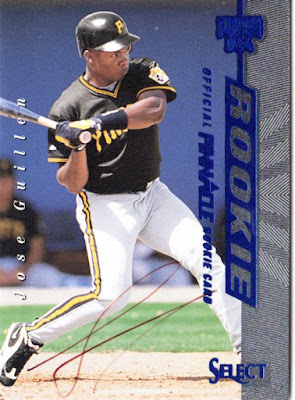 This is actually a certified auto. Guillen was a super prospect for the Buccos, but they rushed him the majors and he was exposed. After he left Pittsburgh he would carve out a pretty decent career, but never come close to the initial hype. 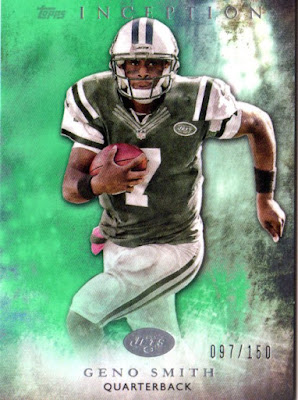 WVU!!!! Inception is a cool set. Too bad Geno's most famous for getting punched in the face this offseason. 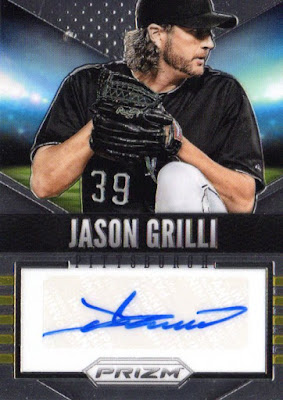 The Grilli auto is pretty cool. His penmanship is always kind of all over the place. This is actually one of the better ones. 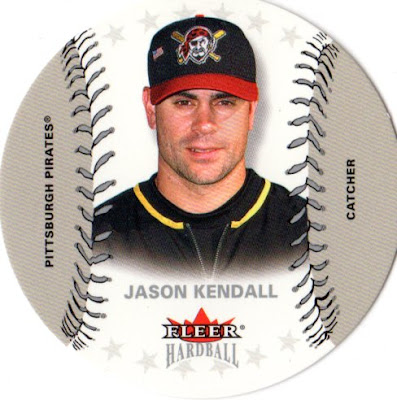 Fleer Hardball was definitely unique. This card is extra special because it the parallel numbered to /50! 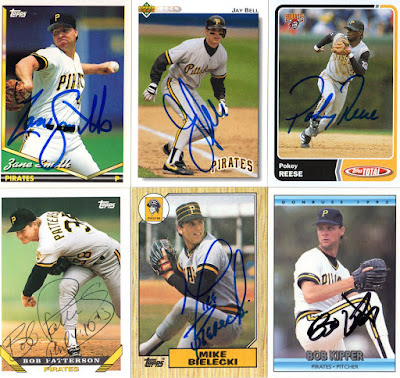 Some IP autos with the Jay Bell  and Pokey Reese being my favorite. Two favorites of mine!!!

Some cool cards of a young Tim Wakefield. 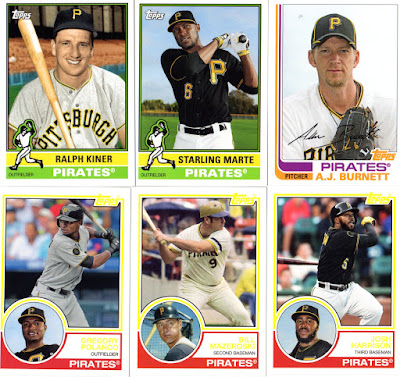 Ugh...Bryan Bullington. This card was probably worth a fortune back when was a rookie. He fizzled out very quick. Gavin really helped the Pokey Reese collection!!! 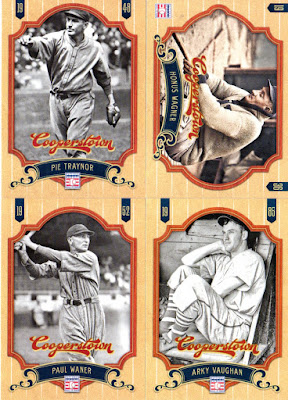 Some of the famous pre war Buccos lead by Honus and Big Poison. 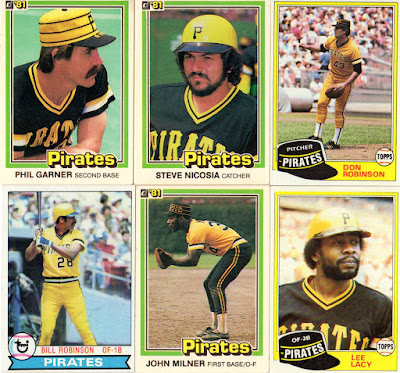 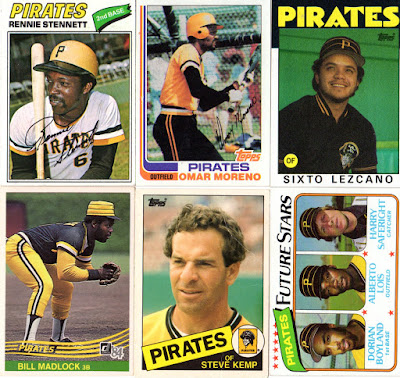 Sixto Lezcano has to be in the Pirates name Hall of Fame with Arquimedes Caminero. 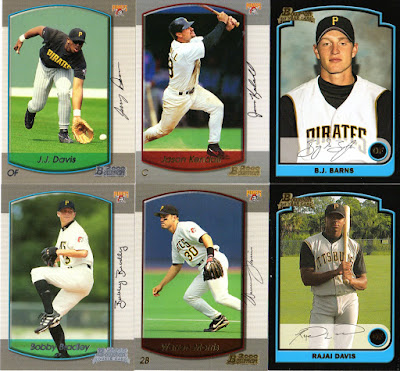 I'm assuming these are from Gavin's Bowman box breaks. Cool to get the base and parallel of Rajai Davis. 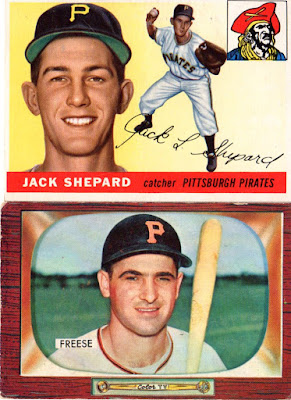 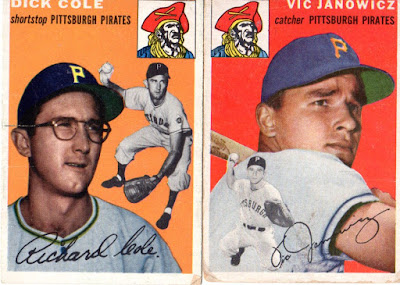 Nice collection of vintage. My favorite is the Dick Cole who looks like one of the least intimidating athletes of all time. 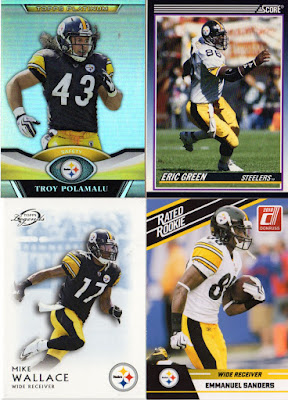 Gavin even threw in some Steelers. 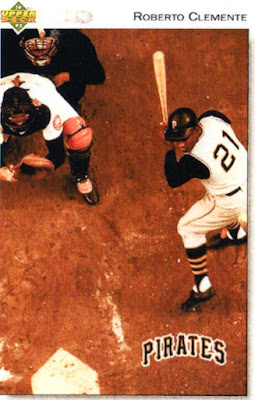 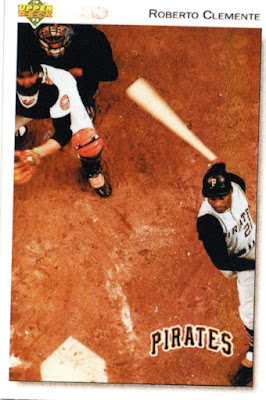 Another custom to close things out.  How cool is this! Going through these cards really made my day Gavin. I was so pumped when I found out I won your contest. We are getting good at winning each others giveaways!