I'm a sucker for group breaks that feature a lot of different products. This time around Chris decided that variety was the best way to go so I knew I was in. It doesn't hurt that the products chosen feature a good bit of Pirates either....

As for the results I didn't do very well. The silver lining was that I got a nice mix of the base and Chris always throws in some extras.

The main core of the break was Topps Chrome, High Tek, Stadium Club and Heritage High Numbers. I'm a sucker for any break that has High Tek, but unfortunately the Pirates went hitless on that one. 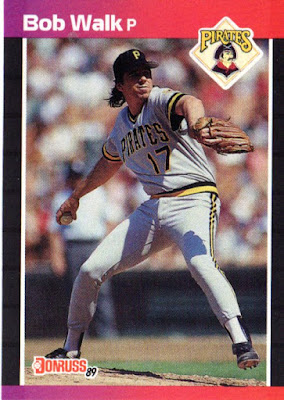 Chris misspoke when he said the Correa auto from High Tek was the best card. Obviously he was unaware of the value of this 89 Donruss Bob Walk. 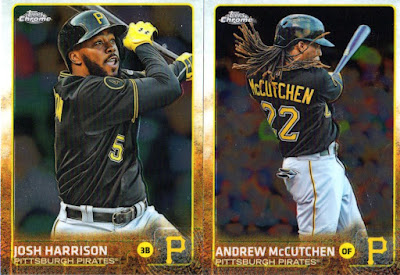 Always nice to get a new Cutch frome Chrome. 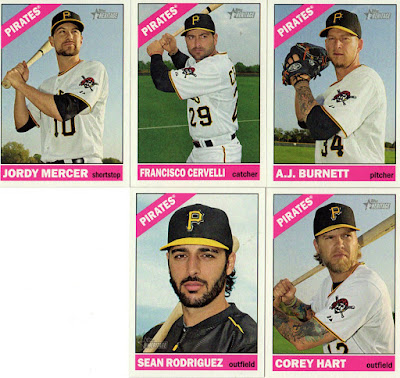 The Heritage High Numbers was probably the most satisfying of the breaks for me. It allowed me to add more obscure Pirate cards of Sean Rodriguez and Corey Hart. I'm guessing Hart's tattoo artist is a busy man.

I was pretty well set with Buccos from Stadium Club the last couple of years, but it is nice to add a few extras to pass along to a few of my Bucco trading buddy's. 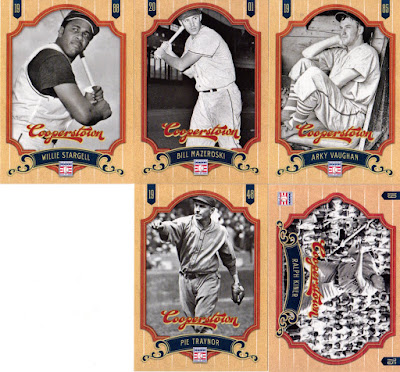 Cooperstown Collection is always a nice choice for group breaks as it yields a crap ton of cards. Fortunately for me many Buccos were pulled. The Arky Vaughn is my favorite.

As with all of Chris's breaks he will bust some extra packs and throw in some variety for everyone. This helped ease the wound of a poor break. 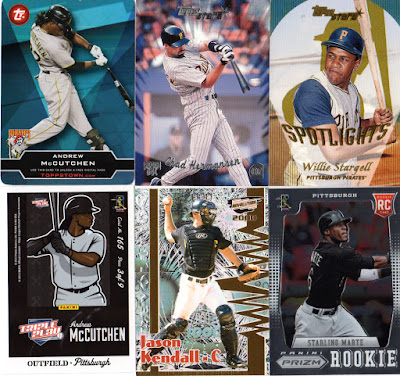 The Kendal Pacific card is by far my favorite. I've been on a mission lately trying to add some cards from the more obscure early 2000's sets. Pacific was ignored for the most part, but now carries considerable value on the secondary market. 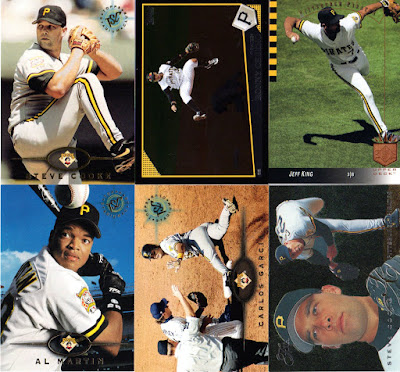 These were some of the best looking cards I received. The Cedeno card is kind of cool with the all black backdrop. He was a frustrating player as a Pirate, but he got immortalized in a pretty cool card. The Al Martin card from Stadium Club is a cool shot too. So focused!

As usual this was just the tip of the iceberg on the cards sent. I wanted to make sure to showoff my favorites, but their were a ton more.  I have a few Reds cards set aside for you Chris. As soon as I get a little free time I'll be sending them your way.