I've been on the road a good bit recently so I'm a little backlogged in trade posts. I'm off work until Monday so that should give me some time to plug away.

Jeff of Wish They Still Came With Bubblegum fame is quickly moving up the list of most frequent trade partners. He is also one of my trade partners that frequently hits other collections beside the Pirates. Here is the latest installment. 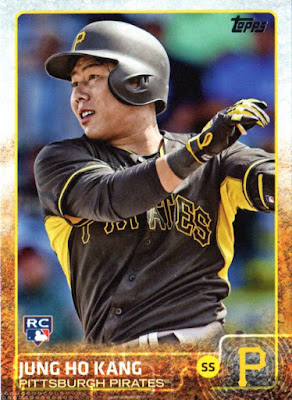 Kang has been the hardest Pirate to collect in recent memory.  His cards demand a premium price even with a ton on the market. Any help from the blogosphere is greatly appreciated as my collection is very small. Thanks to Jeff I can knock this beauty off. 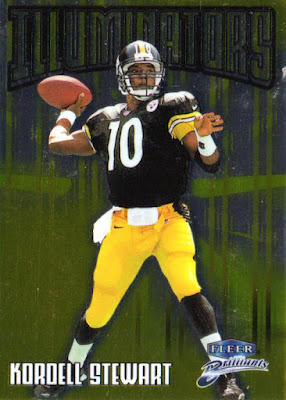 This is a sweet looking card. Kordell experienced a ton of highs and lows during his tenure in Pittsburgh. I was always a huge fan. 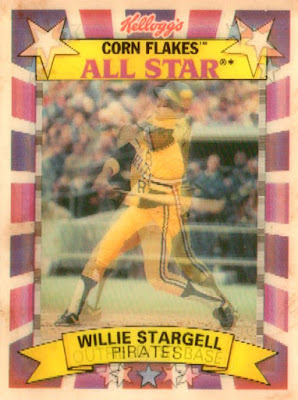 I've accumulated a nice collection of Kellogg's cards since I started blogging. You will be hard pressed to find someone who doesn't like these. 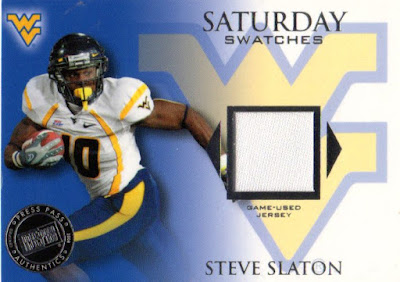 I believe Slaton is officially retired from football now.  He played in Canada last year, but last I heard his intentions were to go to culinary school and become a nutritionist for athletes. I've seen his name pop up a good bit recently for appearances in the area as well.

I'm always a sucker for cards that showcase the WVU uniform. 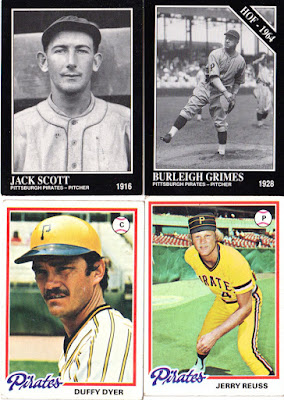 I loved Gridiron Kings baseball so I'm sure the NFL version is great since they actually have a license. If I were to start opening football cards again it would probably be my first choice.

Kevin White! I really want to go nuts buying his stuff on eBay, but I keep telling myself to be patient. 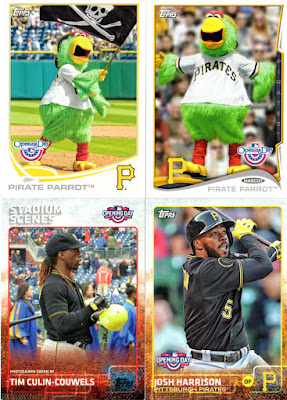 Mascot cards are probably my favorite aspect of Opening Day. The Pirate Parrot auto is a prized possession of mine. The fan shots were a cool idea as well. 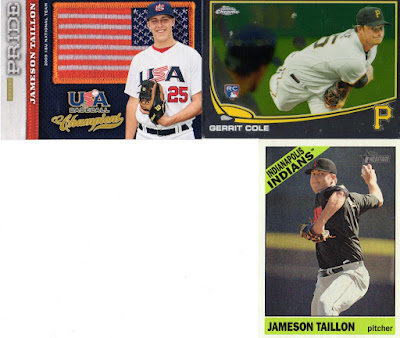 I'm hoping Taillon can right the ship this year and get his career back on track. He has lost the better part of two years with injuries. The pedigree is there as he was considered one of the best high school arms in the past 10 years, with many scouts saying the best since Josh Beckett. Pretty high praise considering Beckett was a mega prospect. 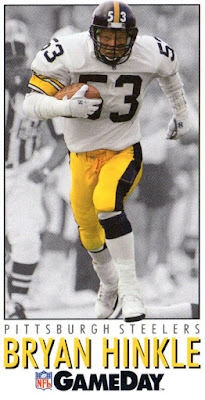 Thanks for the cards Jeff.  I've been accumulating some cool Braves cards recently so a return is in the works!