This past Thursday I went to the Penguins vs Avalanche game in Pittsburgh with a couple of guys from work. What made this game extra special was that I had seats right on the glass. I made sure to arrive early enough to get the full experience and grab some pictures.

The coolest aspect of the game was during the warmups when a puck fell right at my feet.  Makes for a pretty cool souvenir.  Maybe if I play my cards right I can get it autographed at some point. The interesting thing is the pucks says "official warmup puck." I'll try and post a pick tomorrow as the picture I had saved on my phone was too blurry.

As for the game the Pens won 4-3.  The Avalanche made a couple of huge errors in their own zone that cost them a couple goals which ultimately lead to the loss.

Check out the pics... 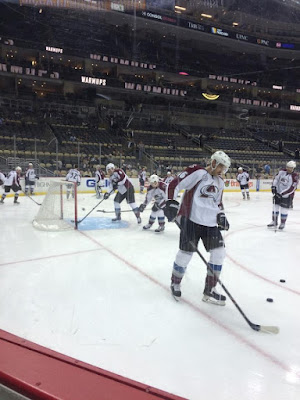 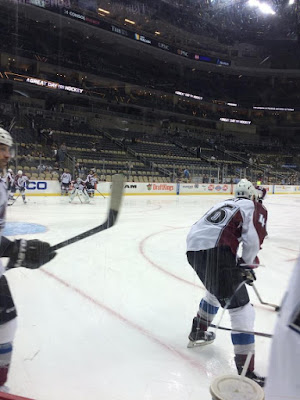 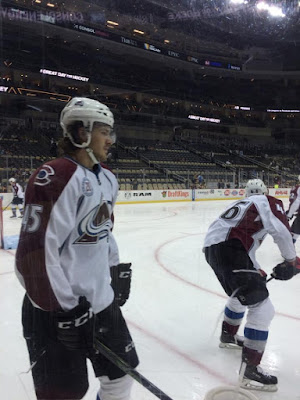 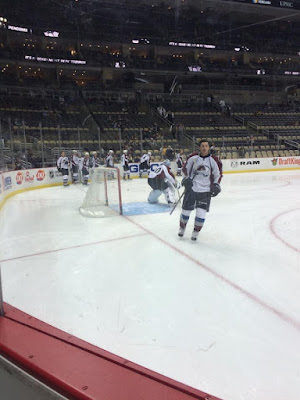 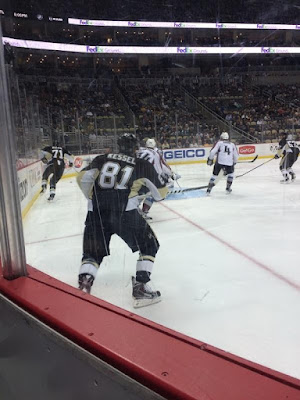 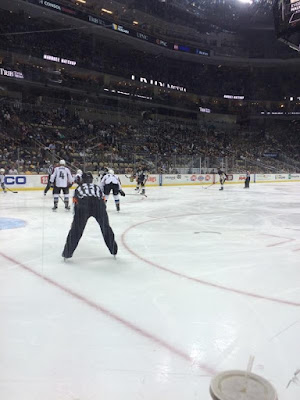 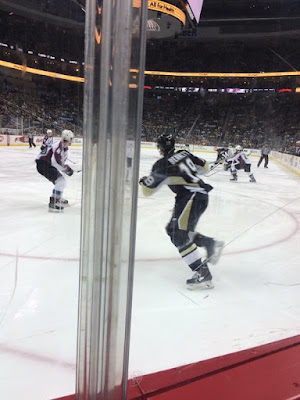 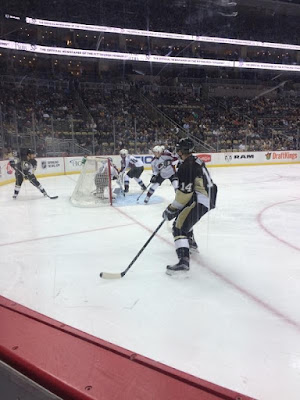 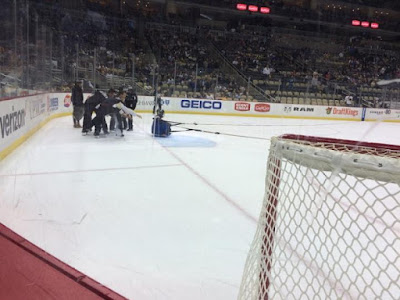 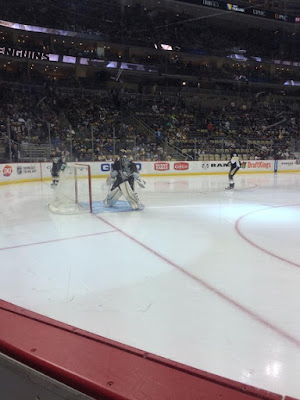 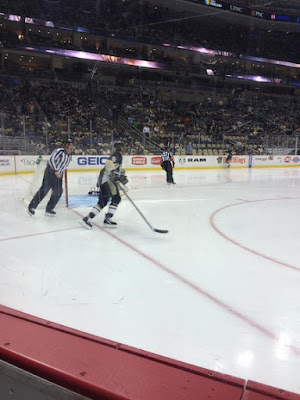 Posted by BobWalkthePlank at 6:22 PM