Rob from Texas Rangers Cards always hooks me up with mass quantities of Pirates cards. At the very least it has been 3 team bags worth. The mix usually stems from the junk wax era to modern day. I've pulled out a few of my favorites from the latest shipment. 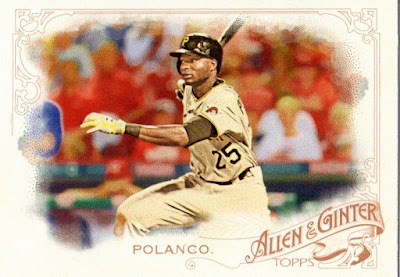 I'm not really anti Allen & Ginter as I usually cherry pick a few cards every year from the set, it just doesn't interest me enough to buy a box. A little too much non baseball for my liking. 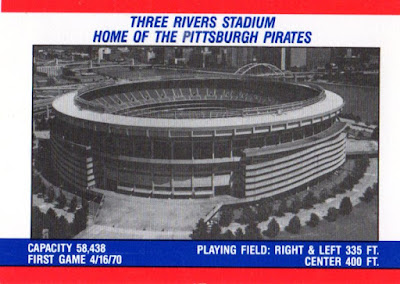 It is amazing how much nicer the North Shore of Pittsburgh is now. Towards the end of Three Rivers era it was pretty much dilapidated warehouses. Now you have tons of modern offices, restaurants, hotels and a casino. 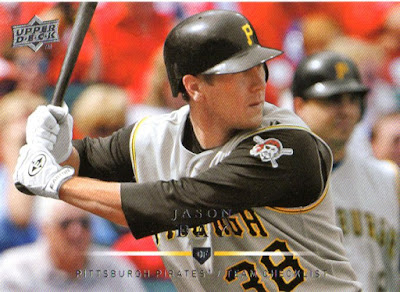 Up close and personal with Jason Bay. How I do miss Upper Deck baseball.

Nothing says athlete like Mike "Spanky" LaValiere. How cool is that Al Martin Ultra rookie!!!

I liked the shot of Melancon getting the post game handshake from Clint Hurdle.

Andy Van Slyke looks like he needs to poop. 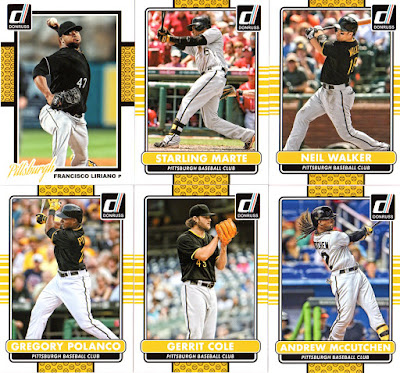 Some Donruss goodies of a good part of the Pirates core. 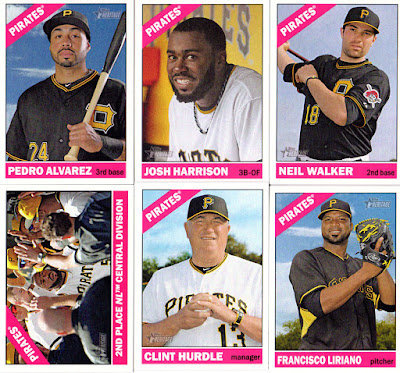 Heritage is big on the weird fake poses. The Clint Hurdle is my favorite. Always a sucker for manager cards. Been a few years since a manager auto has been placed in a set. 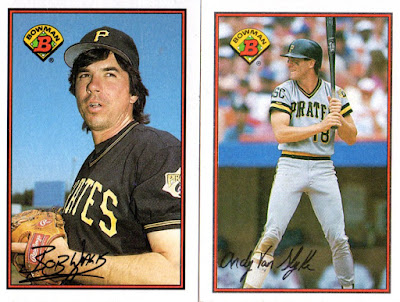 Bowman had the right idea with these large release cards. Standard size did not suit Bob Walk. He probably should have been a special 8x10 card, but beggars can't be choosers.

Busy sports weekend for me as the WVU basketball has their first exhibition tonight and WVU football is home against Texas Tech tomorrow. Yay sports!

Posted by BobWalkthePlank at 2:53 PM