Trade: I Love the Smell of Cardboard in the Morning

Tim is a very easy guy to trade with.  He is a Yankee fan first and foremost, but he has an extensive collection that goes beyond the Bronx Bombers. Once I saw that he was looking for some Nats and Rays I knew I was going to be able to hook him up.  I had a quite a stack of both those teams including some high end autos.

In return Tim really hooked me up with a well thought out trade package that has hits, rookies and oddballs. Check these out. 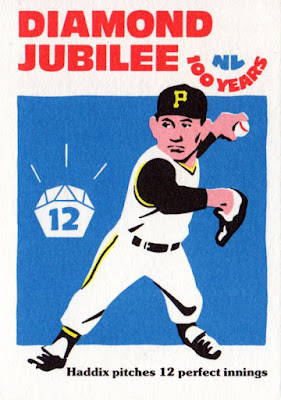 I've seen a few of these Diamond Jubilee cards over the years, but never owned one. From the ones I've seen I'm guessing all these commemorate some type of major moment. Of course the Haddix will highlight the greatest pitched game ever. Pretty cool stuff. 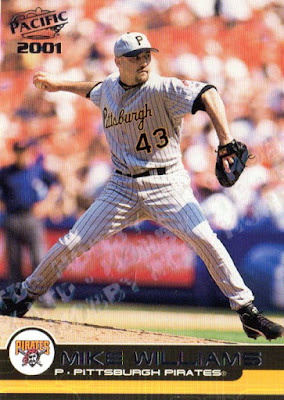 If you ever take a look at Pacific cards on eBay you will notice that prices continue to go up. Some of the early patch cards and autos demand a premium along with the parallels and inserts.  This is a rare parallel /70 of former Pirate closer Mike Williams. 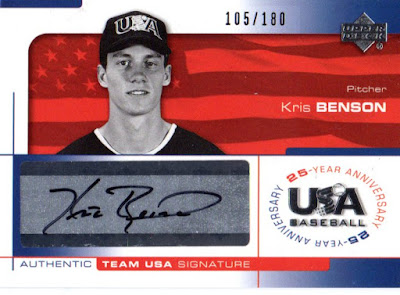 Kris Benson only had a handful of autos during his playing days. I think I have all the Pirate releases, but this USA card is new to my collection. While he was considered somewhat of a bust for the Buccos he did have a long career. Sometimes the hype machine is hard to live up to.

So many Kendalls! The first is the Topps Gold while the middle is the inaugural Rockies addition. 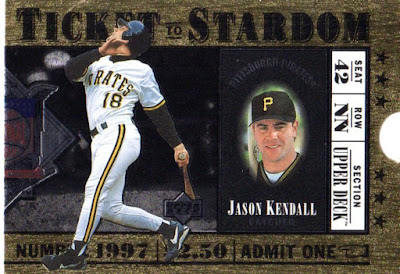 90's inserts are the best inserts. 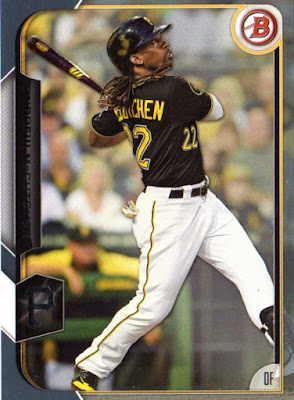 Always nice to get a Cutch. This Bowman parallel is /499. 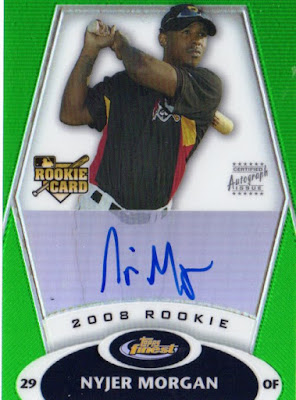 Nyjer Morgan before he came Tony Plush. I believe Nyjer is playing in Japan these days. 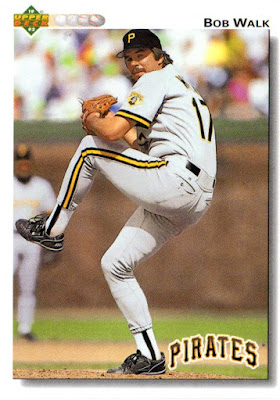 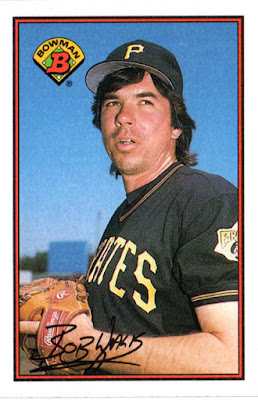 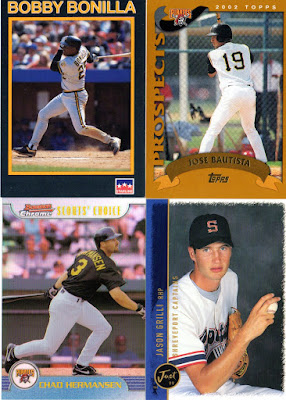 Very young Jason Grilli and Joey Bats. Hermanson was another guy who had tons of hype but failed miserably at the highest level. 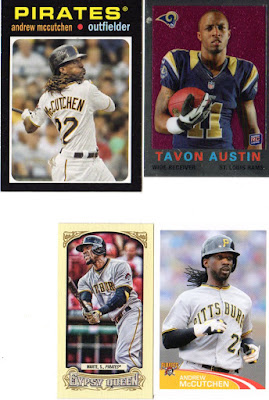 Minis! Always nice to get a WVU guy in a trade. Tavon's been much more productive this year as the Rams are utilizing him more in the running game. 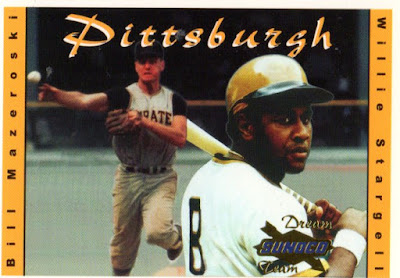 Not many Sunoco stations in my neck of the woods so this was a cool surprise.

Thanks so much for the cards Tim. I'll be sending you so more stuff in the near future.