The WVU game didn't have the result I was hoping for, but overall it was a fun experience.  The game was about evenly matched as you can get.  You could probably make an argument that it was the best game of the entire opening weekend, although Liberty beating Baylor was fun.

Probably the worst thing about the game was the venue.  Fed Ex field is where the Redskins play their games.  In terms of other NFL stadiums it is kind of isolated being that it is in Landover MD. The closest Metro station is a long walk so many people were screwed after the game as the Metro closes at midnight. Uber and Lyft had hefty surcharges and long lines and I'm sure cabs were outrageously expensive if you were heading back to DC.  For a ton of reasons this game would have been better suited for a 4pm start. 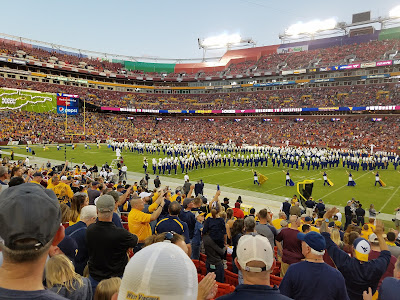 Here is the view from my seat. 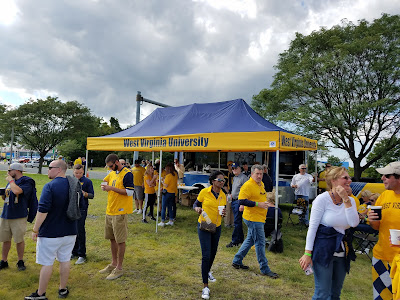 My buddy and I paid for a tailgate sponsored by the DC chapter of the WVU Alumni Association. It was money well spent. 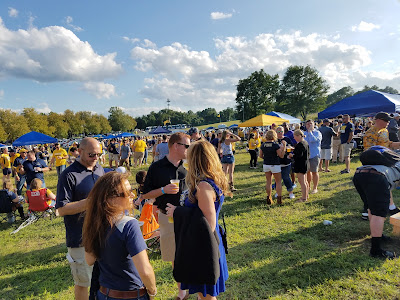 A sea of  blue and gold. 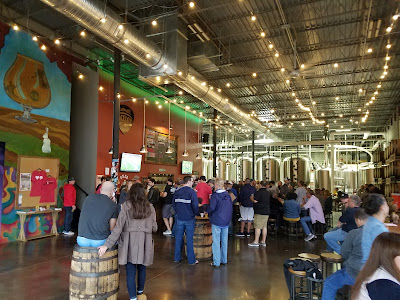 This was some of Saturday's activities.  A trip to my favorite DC brewery, Ocelot. 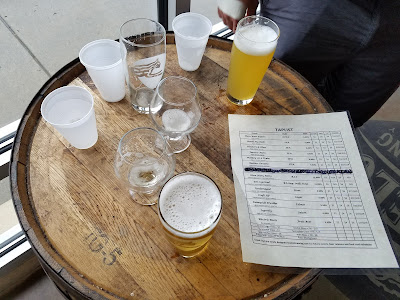 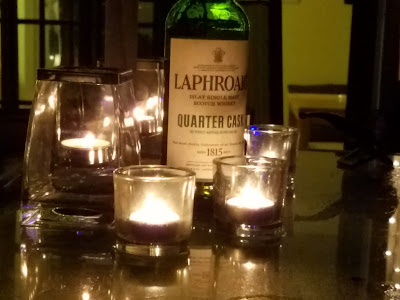 Even with the loss it was a fun weekend.  I'm not a big fan of neutral site locations, but the DC area works well for both Vtech and WVU.  I'm hoping the game can become a regular event in the near future where we can just alternate home and home.

Back to cards tomorrow.

Posted by BobWalkthePlank at 10:18 PM