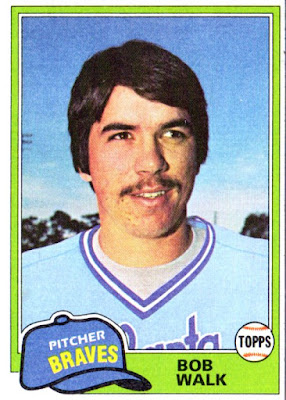 .... Only the greatest Brave card ever produced.  I will hear no other arguments.  The hair and the stache were only in their infancy, but the greatness to come is obvious.

This was the first noticeable card in the package sent to me by long time trade partner Night Owl. It definitely got my attention. One of the few times a Brave card can jump ahead of a Bucco.

Also, a quick plug.  Go read Greg's countdown of the top 70's cards.  Look forward to seeing all Pirates in the top ten. 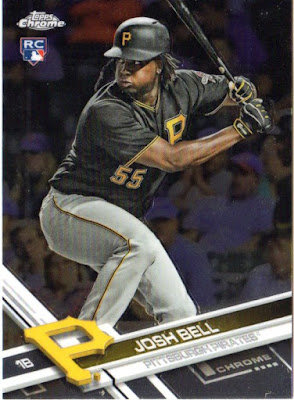 I believe this was the card that probably started the package.  Greg opened some Chrome and was nice enough to hold the Bell for me. Bell quietly has had a nice rookie season. 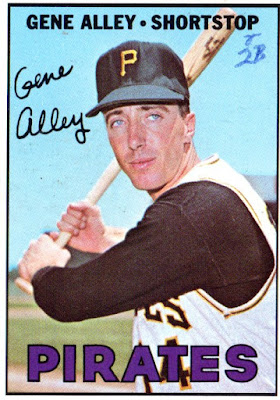 This card became 10 times more awesome when someone took it upon themselves to showcase Alley's positional flexibility. 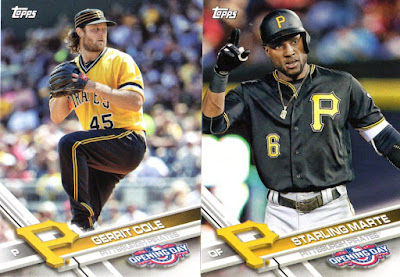 Throwback uniform for the win! 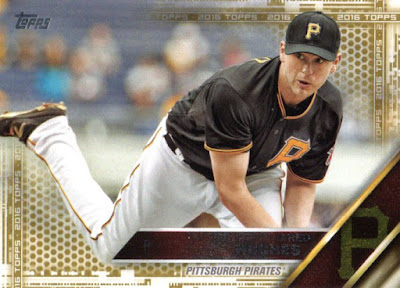 Three great ones here. Love the Solomon the most although it looks like Don Robinson's picture was taken in my Grandmothers backyard. 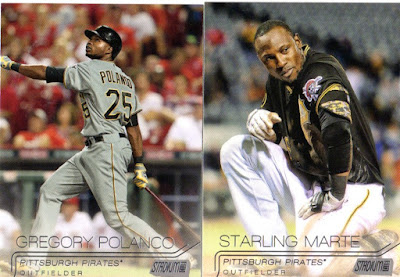 I'm always a little disappointed when a Stadium Club card features a normal pose like the Polanco.  It is still a nice card, but I expect more from the best base set.  The Marte is awesome. 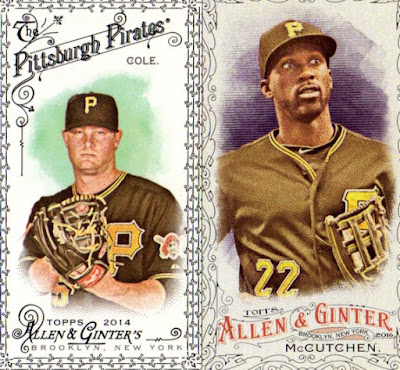 Minis! I was at the game Cutch hit two dingers including his first Grand Slam the other night. 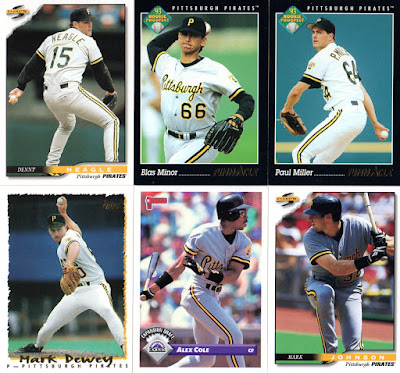 Round things out with a nice assortment of early/mid 90's Buccos. The Alex Cole expansion draft card is my favorite of the bunch.

Thanks for the cards Greg.  I'm way past due to hit you back.  Rest assured, I will!

Thanks for reading!
Posted by BobWalkthePlank at 8:20 PM