It has been a nice couple of weeks in terms of card arrivals.  One of the arrivals was an awesome surprise from Kerry of Cards on Cards.   It was stuffed full of all kinds of newer releases, many of which I didn't have. 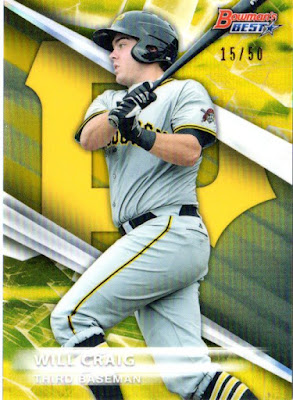 Former WV Black Bear Will Craig /50!!!!!  Craig had a better sophomore campaign this year that better compliments his first round status.  I think most are hoping that the power continues the develop and that he can find a position and play it moderately well. 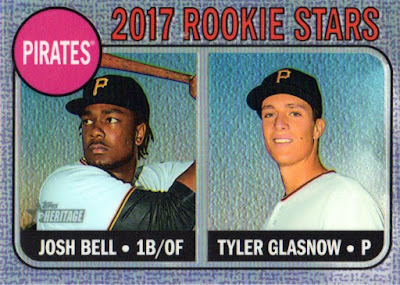 This is probably my favorite rookie card of 2017 since it features two top guys for the Buccos. Bell has already exceeded expectations while Glasnow has the pedigree, but hasn't shown much at the MLB level. 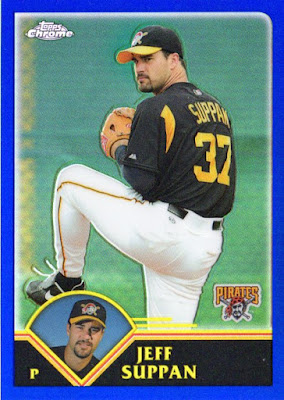 These are the type of cards I love receiving.  Suppan had a short stint with the Bucs so cardboard is limited.

Mitch Keller is flying up prospect charts and has a chance to be an overall top ten prospect by the beginning of next year.  I think Keith Law has him in his current top 5.  Fun fact is that I've seen Glasnow and Keller on rehab assignments here in Morgantown.

Some short termed Pirates.  The Lee card is my favorite but any card featuring a third base coach is top notch as well. 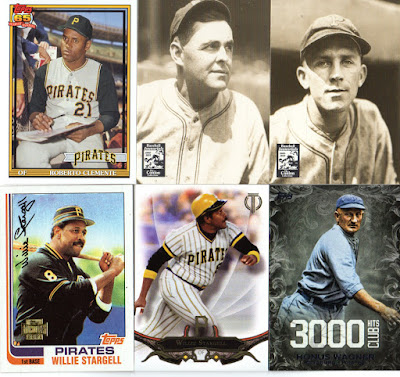 Kerry sent a nice sample of new cards of old players. Always like to get the Conlon cards. 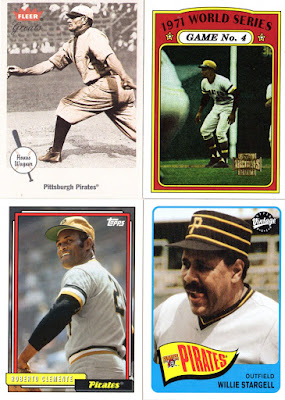 One of my favorite Honus Wagner cards. 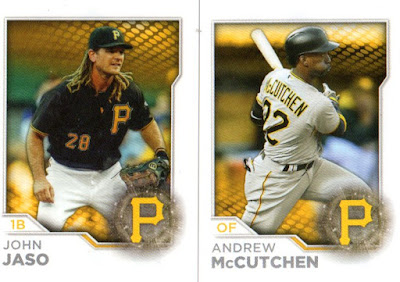 Since Jaso is an actual Pirate he always gets a scan. Chad Kuhl is probably one of the more tantalizing rookies the Buccos have had recently.  I still fill like he might be perfect for the super reliever role as he seems to dominate 3 or 4 innings and then hits the wall. 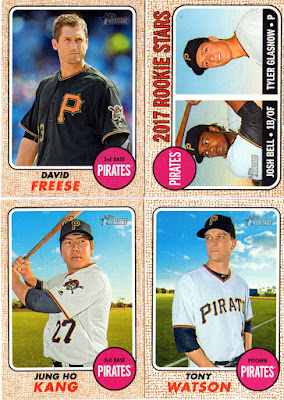 David Freese in a Bucco uniform is a welcomed addition.  Plus the base of the Glasnow/Bell rookie card. 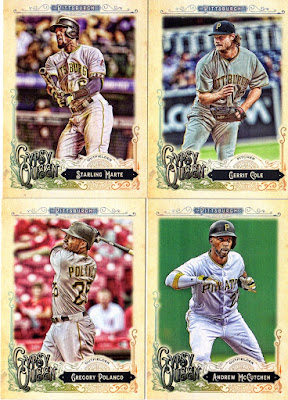 A sampling of GQ featuring the core of the Buccos. 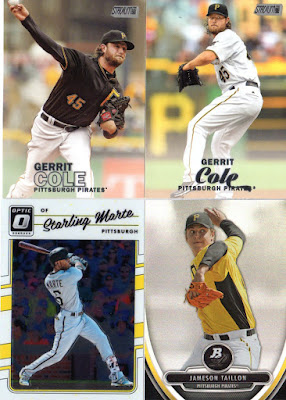 The Showdown cards don't pop up much these days.  Nice unique addition to the Giles collection.

Thanks for all the great cards Kerry.  I'll dig up some Cardinals for you.  Maybe we can trade beer one day!

Email ThisBlogThis!Share to TwitterShare to FacebookShare to Pinterest
Labels: cards on cards, trade 2017