Sometimes patience can save you a good bit of money.  Such was the case with this purchase. 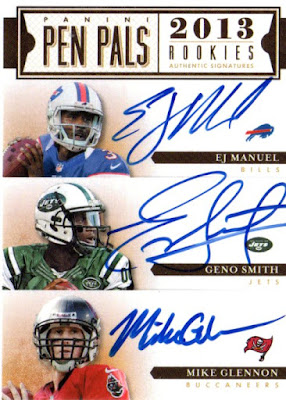 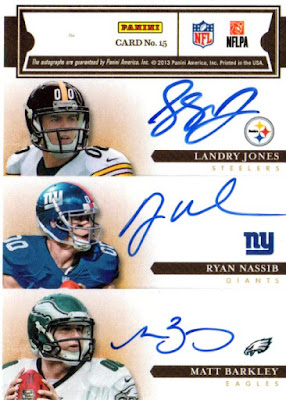 While most of these guys are still hanging around as backups you would have to consider this high end card a complete flop. Could you imagine the poor soul who bought this card at release. I'm guessing it was probably in the $200 range. I paid around $17.

The appeal for me was to grab a high end card of former WVU great Geno Smith. While he hasn't panned out his stand alone autos still command a decent price.  Having all these other guys on the card actually saved me a few bucks.

The card itself is really nice. Very clean on card autos are a rare commodity. The only real blemish is Nassib's crap signature. I also think he is the only one not on an active roster.

Posted by BobWalkthePlank at 1:42 PM