Katz Out of the Bag

Back to posting about baseball cards!

My pal Shane Katz sent me a big bubble mailer stuffed to the gills with Buccos early last week. Shane is very active on Twitter so you may want to follow him there as well. He is always posting cool items and is craft beer fan to boot.  I'm extremely jealous of his proximity to world class breweries. 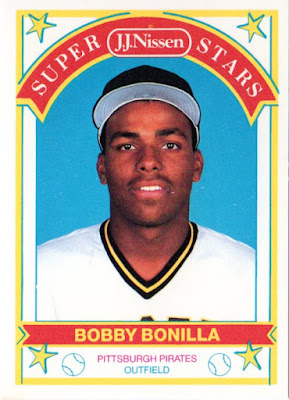 Here is a fun oddball.  I wasn't familiar with JJ Nissen so I had to look them up.  They are a big time bread producer in the New England area that was bought out by a big conglomerate several years back. 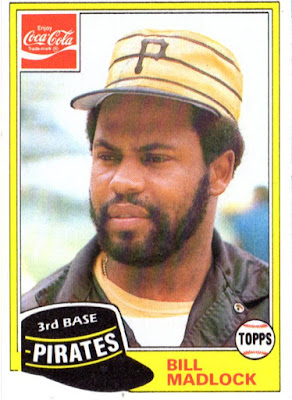 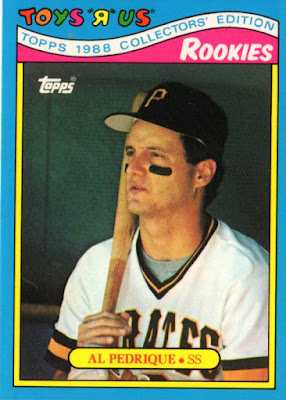 Very familiar with Toys R Us cards since I use to beg my parents to buy me some. Al Pedrique is only 26 years old in the picture.  He looks 46. 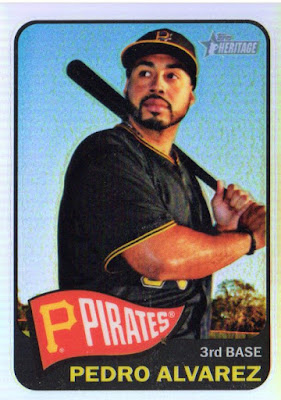 A nice numbered Pedro from Heritage. 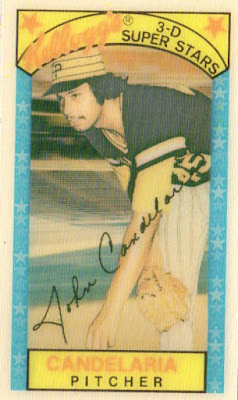 I always call the Kellogg's sets the most beloved in our community. The Candy Man is looking great as always. 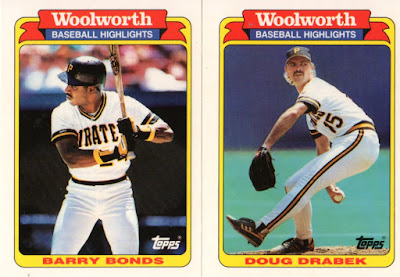 The Pirates of my youth.  Shane hit me up with a lot of great oddballs. 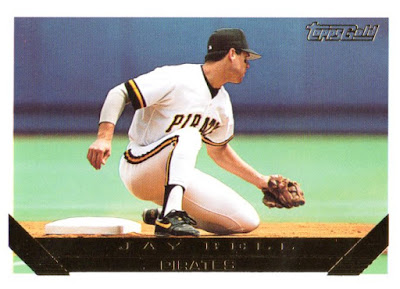 A nice mix of Topps Gold cards including a fantastic Jay Bell card. 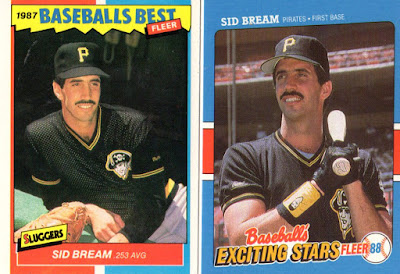 Sid Bream is best remembered for scoring the winning run in the NLCS as a member of the Braves, but the biggest portion of his career was with the Pirates.  He is also from the Pittsburgh area and frequents games.

Ugh....that Brian Bullington pick in 2002.  BJ Upton was the consensus number one rated player but was going to come with a huge price tag. 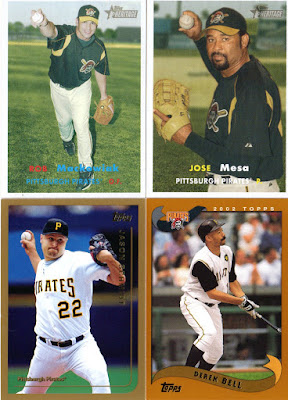 The Jose Mesa is a fantastic card. Lot of people forget he was a Pirate.  I will always prominently show a Derek Bell card. OPERATION SHUTDOWN 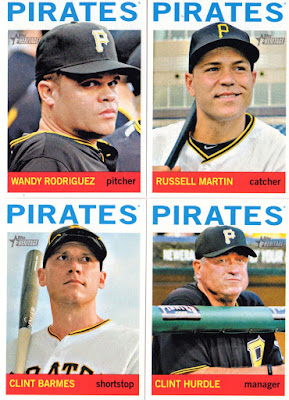 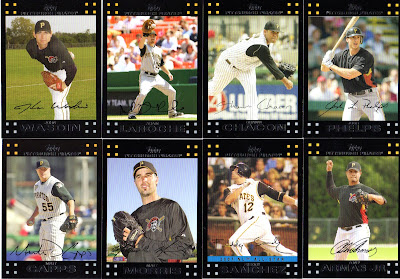 I feel this scan of 8 cards really sums up the early and mid 2000's Pirate teams.  For every decent major leaguer they had it was counteracted by replacement level guys. 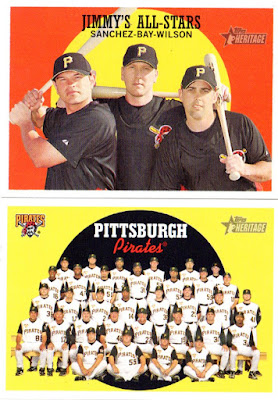 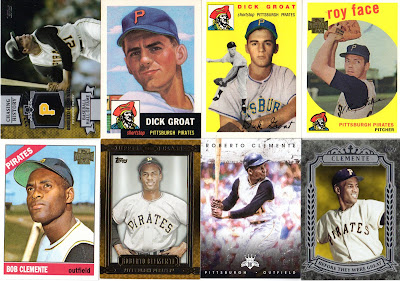 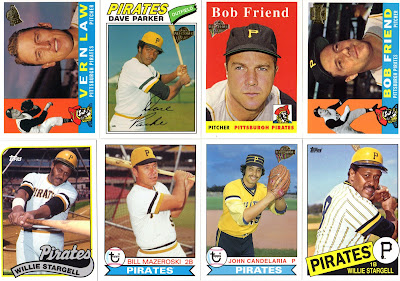 Shane sent me a ton of legend Pirates. I'm always a little confused on why Topps produces so many cards featuring Maz and Pops at the tail end of their careers. 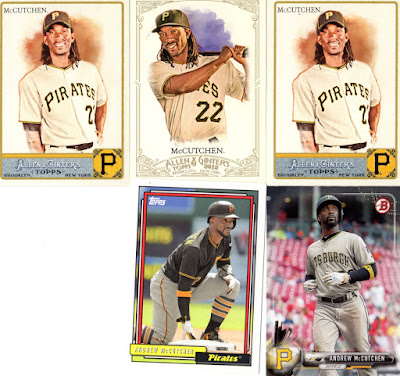 I love the Cutch Archives and Ginter cards.  For whatever reason they have historically been better than any of his Stadium Club cards. 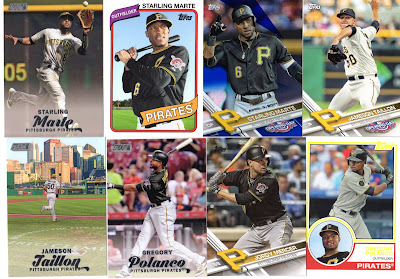 A nice mix of current Buccos.  The Taillon Stadium Club with city backdrop is an all time great Pirate card. 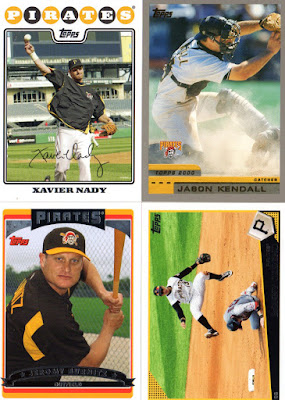 Cardboard legend Jason Kendall in the house.  For him to have so many great base cards in an era focused on relics and autos is truly amazing.

Also here is Jeromy Burnitz looking like the least intimidating hitter of all time.  It kind of feels like a pose you would use for your Little League picture.  Love it! 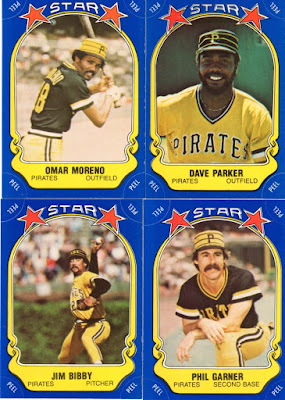 It is hard to pick favorites out of this bunch. You have the great uniform and a fantastic collection of facial hair. If I'm forced I think I'm taking the Phil Garner.

Thanks so much for sending me so many great cards Shane.  My Red Sox stash is empty right now, but I'll be sure to hit you back soon.

Thanks for reading.
Posted by BobWalkthePlank at 6:21 PM