For a three year stretch in the mid 2000's Jack Wilson was second to only Jason Bay in unique cards I added to my collection. Fast forward to today and it seems like I have to  hunt for Wilson cards that I don't have. Months will pass without even adding one. The rarer ones that do hit eBay sale surprisingly well.  A nice patch card just hit a few weeks back and sold for over $20. 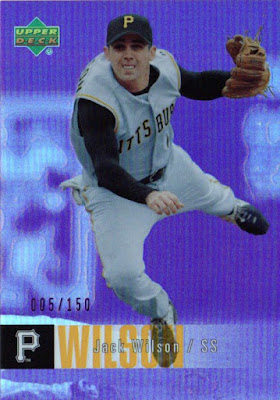 UD Special F/X was sort of the Chrome version of regular UD. I've seen this card a few times on eBay but the shipping costs were always more than what the card costs.  COMC to the rescue. 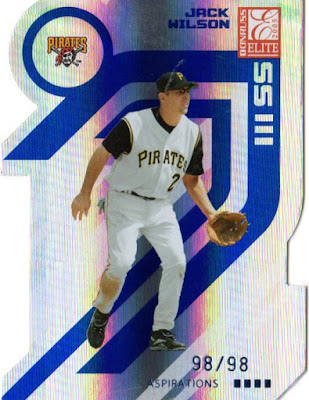 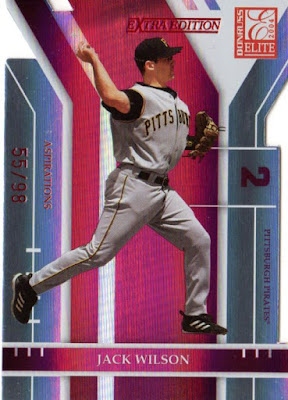 Back when these sets first came out and I use to hoard as many of the diecut parallels as I could get my hands on.  I love them. Guess I'm a sucker for diecut. The 2004 version is my favorite, but the numbering is much easier to read on the 2005.

It has been kind of funny as I had been bad mouthing COMC lately and sure enough I've found a handful of cards that were must buys.  I just need to be more thankful that places besides eBay exist to buy cards online.

Posted by BobWalkthePlank at 5:43 PM