Brian, Kevin and I seem to be getting back into a nice trading/box breaking rhythm.  I slowed us up a bit when I has having trouble accumulating trade bait.  Thankfully the drought ended and we are once again a well oiled machine.  For this installment Brian chose the consistently wonderful Stadium Club.

I had the NL Central and NL East which proved to be a good choice.

Brian pulled me 5 of the Buccos which is nice. 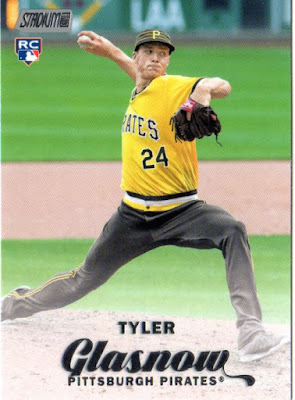 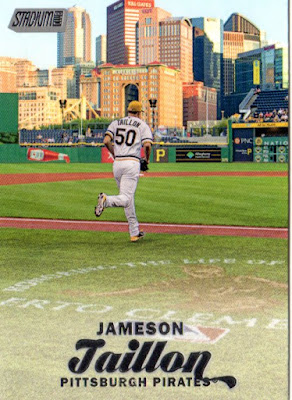 This is one of my favorite Pirate releases of 2017.  When this set initially dropped I really wanted to try and accumulate some of the parallels, but the pricing was prohibitive.  I think several Pirate collectors had the same idea. 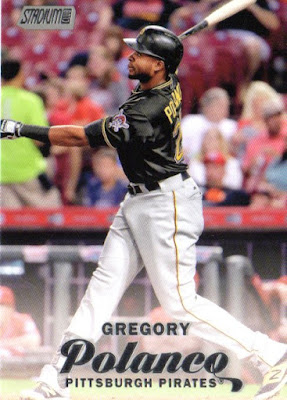 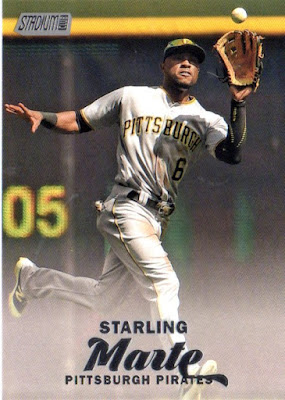 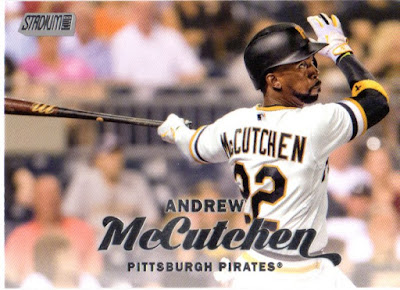 I was a little disappointed with the choices for the Pirate outfielders, especially Cutch. While the card is nice it is just not great. For whatever reason Cutch hasn't had great TSC cards.

Here is a sampling of some of my favorite non Buccos.

You don't see many cards of a pitcher letting his infielders know the location of a pop up.

Catcher cards are always great and get taken to the next level with Stadium Club.  Love the unique Bench shot. 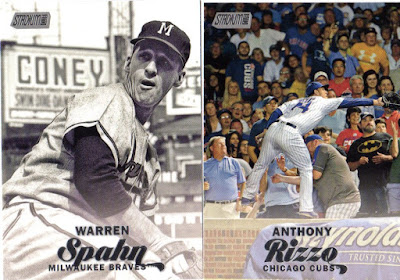 If I was the guy in the Batman shirt you better believe I would own 20,000 copies of that Rizzo card.

A little odd that Stadium Club chose to make a card of Derrek Lee for the 2017 set.  Either way it is still an awesome looking card.

Now for the rare card we hit. 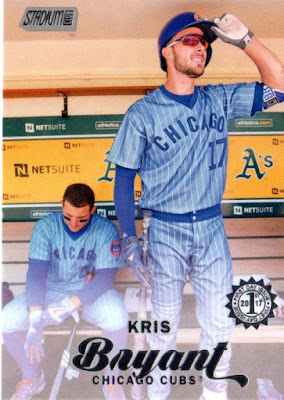 First Day Issues are not serial numbered, but are listed as  /10.  Obviously this is one of the bigger names you can hit so I'm extremely grateful that Brian pulled this and it ended up in my hands. We haven't hit much in the way of higher end cards this year so hopefully this will be the start of a hot streak.

Thanks so much Brian for the break.  I'll show off the trade portion of the package in the next day or two.

Posted by BobWalkthePlank at 11:32 AM