A Little Variety Would be NIce

I'm not reinventing the wheel with this post as I've seen it done several times.  Just thought I would show a Pirates version of the Topps practice of using the same image over and over.

I haven't been hearing about this as much with recent releases so maybe they listened to the collecting masses and ended this lazy practice. In some ways it is kind of funny considering how many pictures of players are taken during one game.  I guess its equal part cheap/lazy/bad selection of Getty Images.

Check out this awesome variety of Pedro Alvarez cards! 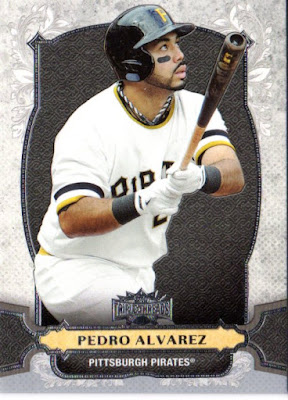 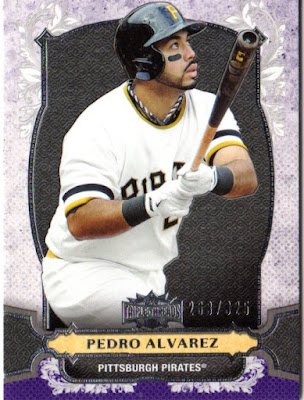 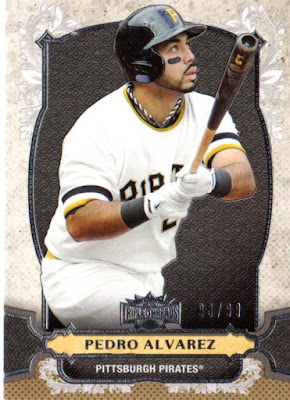 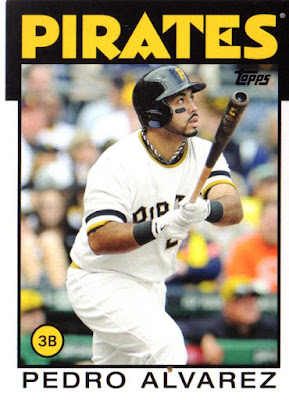 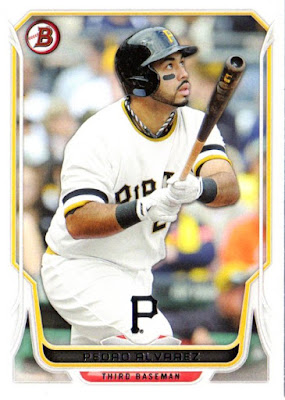 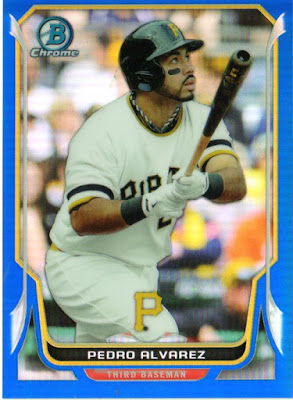 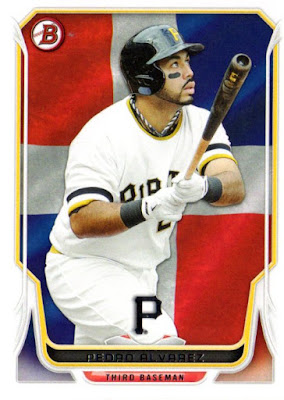 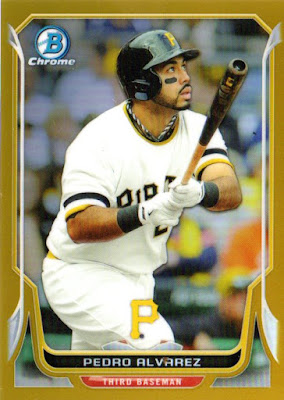 This is the /50 gold parallel which is really cool! 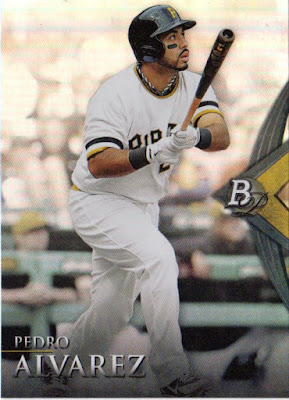 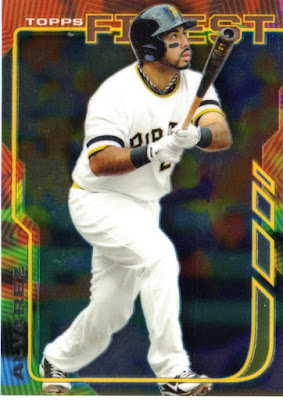 The lack of variety always stings a little more with players like Alvarez who don't have much in the way of "hit" cards. Plus several of these cards are from high end sets so that adds to the insult even more.

Big thanks to Brian from Collecting Cutch who sent me all of these Pedro cards in the same team bag. He sarcastically had mentioned the great swinging pose that Topps fell in love with on the note. 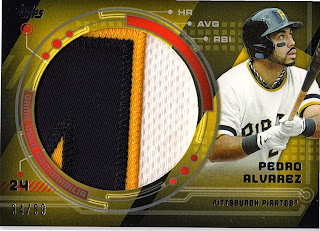 I went through one of my saved albums and also found this one in my collection.....ugh

Thanks for reading!
Posted by BobWalkthePlank at 6:46 PM