I've been on a nice run receiving some great trade packages. Today's package is from Corky of Pack War fame.  I've been following Corky's blog since I started mine, but this is the first time we swapped. Never too late to break the ice!

Corky approached me on Twitter letting me know he was reducing the cards in his collection of teams he doesn't actively collect.  I'm thankful he chose me to unload his Pirates. The blogging community constantly reminds you why it is the best.

Goudey cards are a nice way to get things rolling! 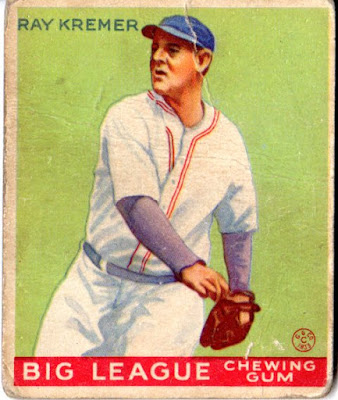 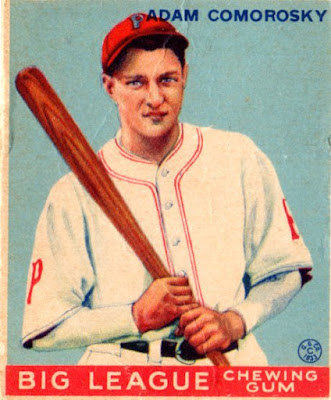 Corky told me that he was originally going to make these prizes for his recent contest but decided to pass them along to someone who collected the Buccos. /fist pump by me

Who doesn't love Goudey. The bright vibrant colors make them some of the more unique vintage cards around. 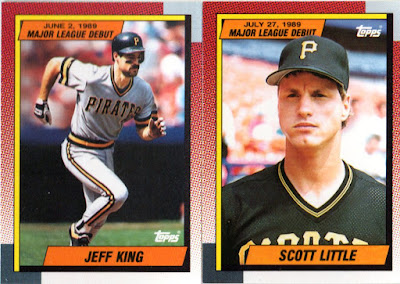 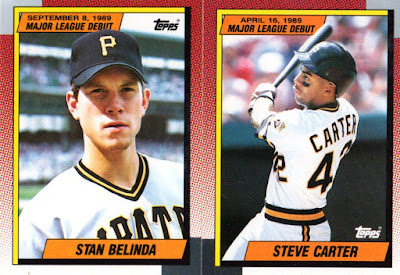 I remember this debut set.  I believe they were factory set only and featured guys who debuted in 89, but on the 90 Topps design. Lots of big names in this set like Griffey, Sosa and Deion Sanders. 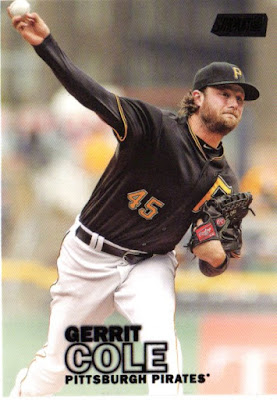 Sometimes Stadium Club parallels are a little hard to see, but this is a black foil.  They fell around 3 a box. Pretty cool card of the Cole Train. 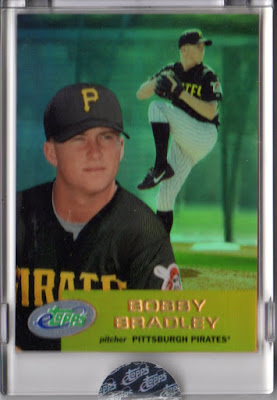 It seems like the hard copies of the eTopps cards are getting popular again on eBay. I didn't pay too much attention to eTopps when it was an active program. In recent years I've been sent some Pirate cards like this Bobby Bradley and have purchased a few Mccutchen's.

Thanks for sending me all the great cards Corky.  I'll be taking a look at your want lists and hitting you back soon.