I had a ton of fun this weekend, but I feel like I need to sleep for 3 days. On Friday night we had around 40 people at our house which is fun, but exhausting. We can still party like undergrads every once in a while, but the recovery time has gone up ten fold.

The theme this weekend was Oktoberfest so lets take a look at some of the better beer I tried. 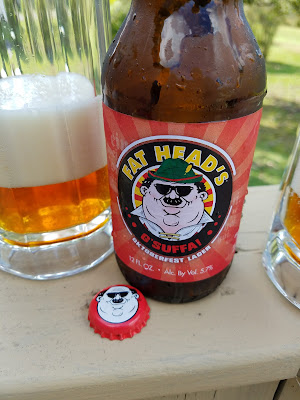 Fat Heads has long been a favorite brewery of mine so I'm always excited to try any beer I can from them. This one was more on the sweeter side of the Oktoberfest style, but very tasty. 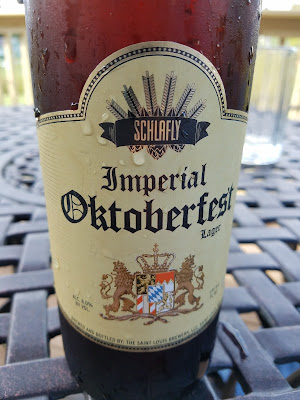 I didn't know this beer existed. Schlafly is a brewery I've had a ton over the years, but had never seen this release until this year. Most Oktoberfest beers are low abv.....Schlafly decided to pump one up as this one clocks in at 8.5%.  It was amazing. Definitely one of the better beers I tried over the weekend. 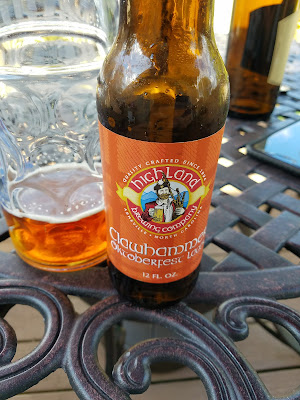 My brother goes to North Carolina quite a bit so over the years I've had him bring me some of the local brews back. Since he took a late trip in September he was able to accumulate some Oktoberfest.  This was my favorite of the NC ones. 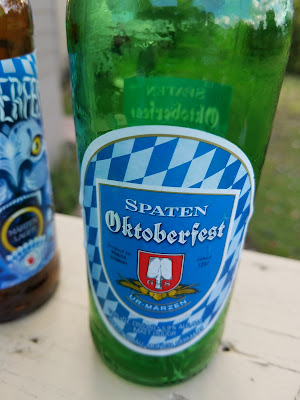 Of course no Oktoberfest is complete without a nice sampling of traditional German Marzens. 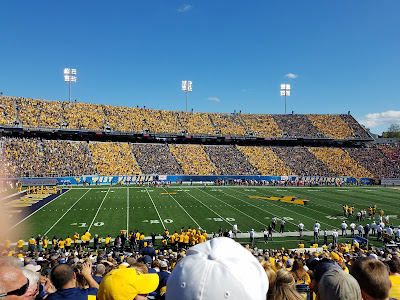 WVU managed to get the win on Saturday so that completed the fun weekend. It was looking pretty bad at the half, but WVU managed to overcome an 18 point deficit.

I celebrated the win with an old fashion 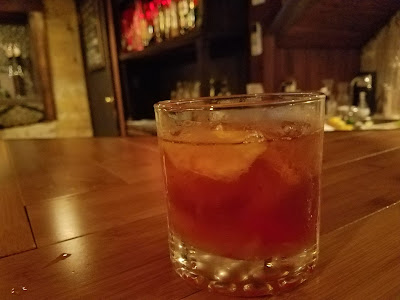 Back to cards tomorrow!

Thanks for reading.
Posted by BobWalkthePlank at 6:03 PM