JBF Sends Every Pirate Auto and Relic Ever Made

You have to keep on your toes when dealing with Wes.  When I'm warned that a package is in route I feel like I have to rearrange my collection to make room for a possible dump truck load of memorabilia.  If you ever stop by my house make sure to visit the JBF wing.  It is a sight to behold.

This time around Wes decided to go the traditional route and hit me up with a ton of hit cards.  I've already featured the WVU and Steelers portion.  The main event is the Pirate portion.  Enjoy a crap ton of pictures. 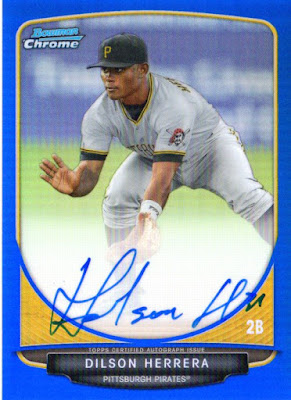 The Pirates traded Herrera to the Mets for Marlon Byrd.  The Mets traded him to the Reds for Jay Bruce. 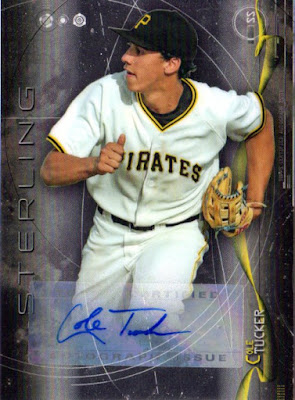 Cole Tucker's stock in the Pirate system seems to be going up again. 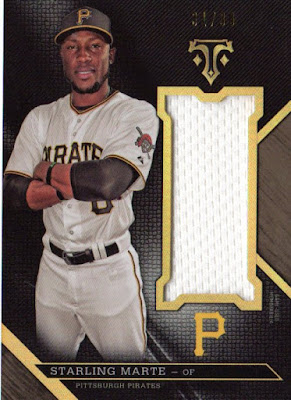 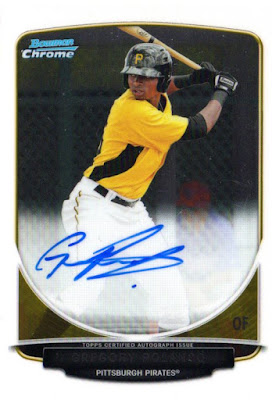 This is exciting! Chrome autos of established players don't come cheap.  You the man Wes! 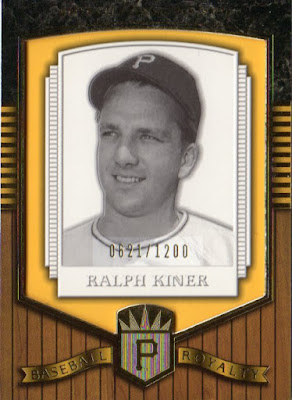 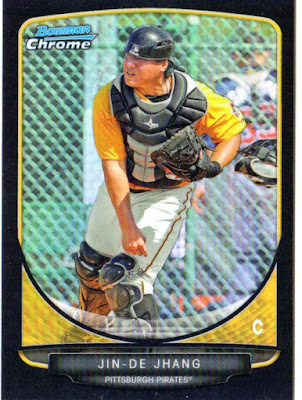 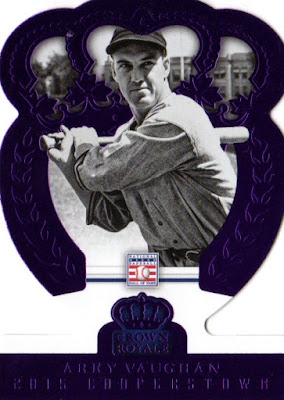 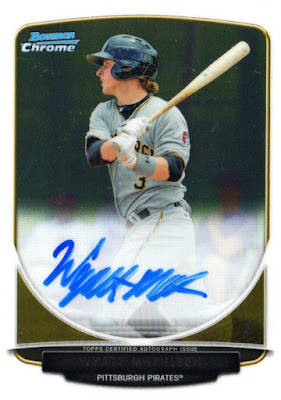 It is raining Chrome 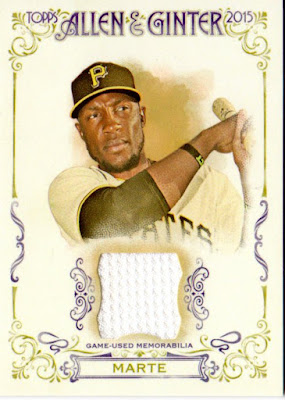 I think between all my blogging friends I have the whole relic team set of the Pirates. 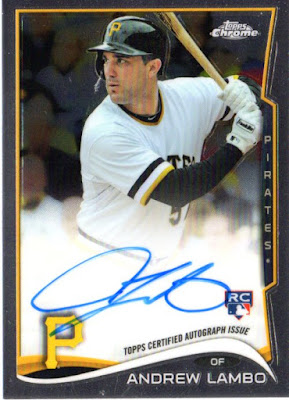 Lambo was in a ton of sets a few years back, but only has about 50 MLB at bats to his name.  He was in line for some playing time at one point for the Buccos, but could not stay healthy. 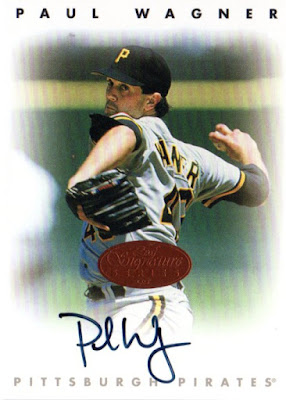 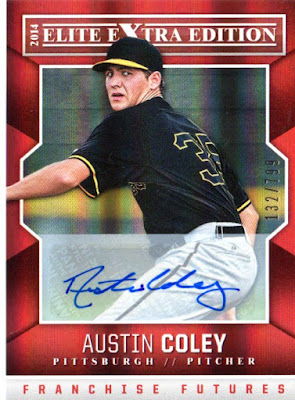 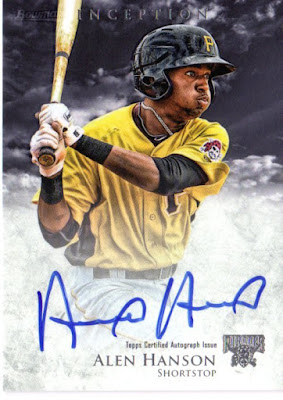 Alen Hanson was once one of the Pirates top prospects, but his bat started to disappear in AAA.  He made his MLB debut despite his offensive struggles.  Eventually he was designated for assignment and claimed by the White Sox. 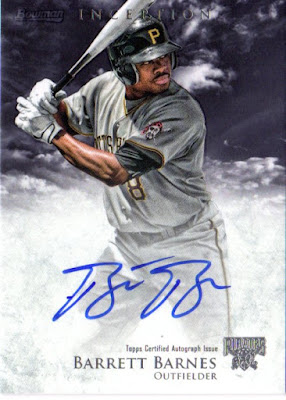 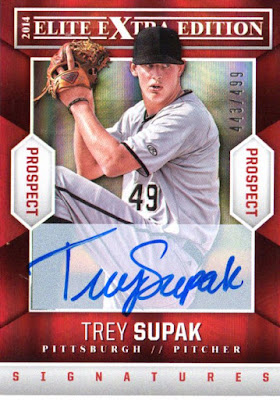 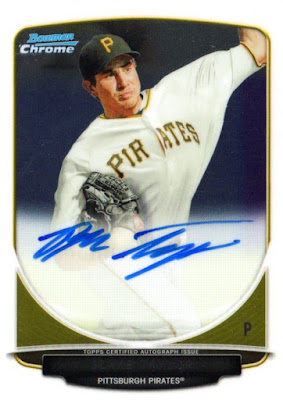 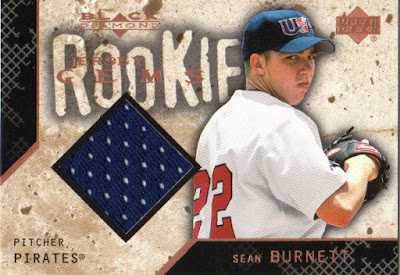 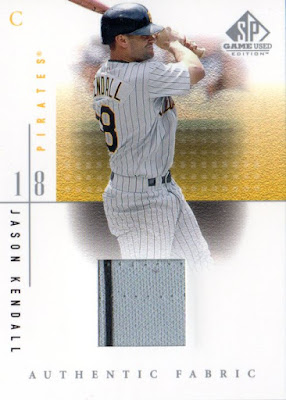 Love me some Kendall. 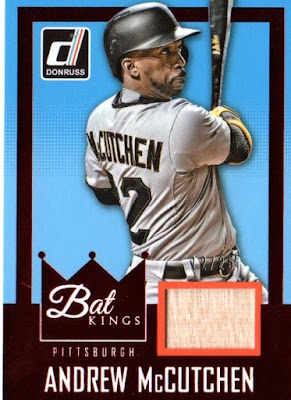 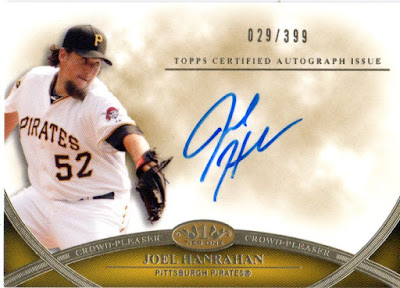 When Hanrahan was closing for the Buccos he would walk out to Slipknot.  Devil Horns! 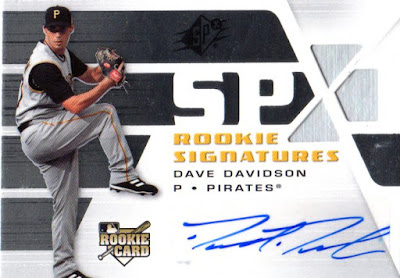 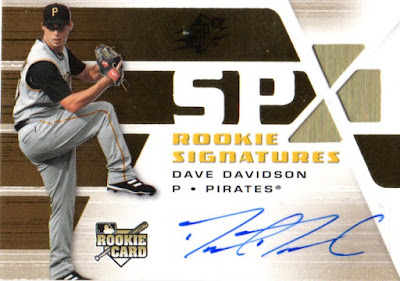 Told you it was a bunch of cards!  You are a madman Wes, but I love you.  Thanks for all the great cards.

Posted by BobWalkthePlank at 9:44 PM