Rat enthusiast and freelance author Matt Prigge recently sent me a package of Pirate goodness. Here is a link to Matt's blog if you don't follow him.  He is also active on Twitter so give him a follow on there as well.

Matt is one of those collectors I envy because of his detailed want lists.  I'm sure many of you can work out a deal.  I need to take a look and hook Matt up with some return fire here soon! More people should collect Joey Votto.  He is awesome.

Lets dig into the contents of the bubble mailer. 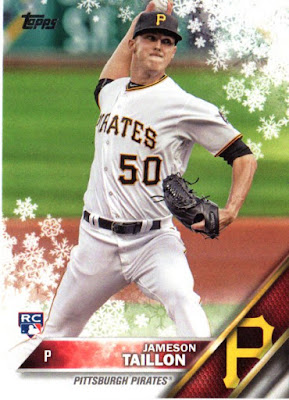 I would be more on board with these if they used a different design than the flagship cards.  Does that stop me from wanting them in my collection......nope.  Matt was a nice enough to hook me up with several.

Here is Marte letting the snow hit his hands. 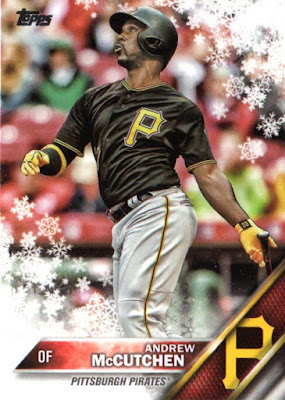 Cutch is taking time to admire a homerun and the beautiful snow. He may be under dressed for the weather. 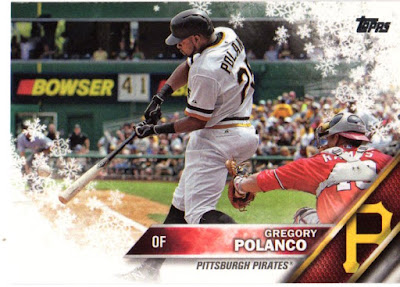 Here are three prospects in the Pirates system that I've seen in Morgantown.  Kramer's stock went up this past year. 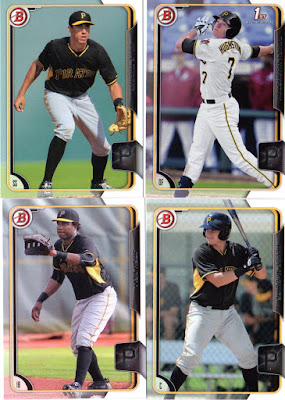 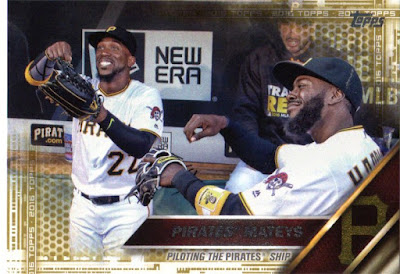 Some people don't like these team cards, but I'm a huge fan.  This is the gold parallel version. 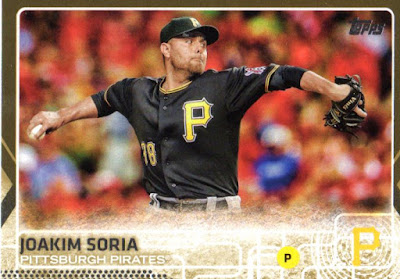 Joakim Soria was a trade deadline rental a couple seasons back.  Topps Update to the rescue. 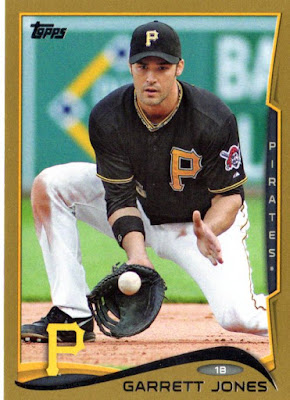 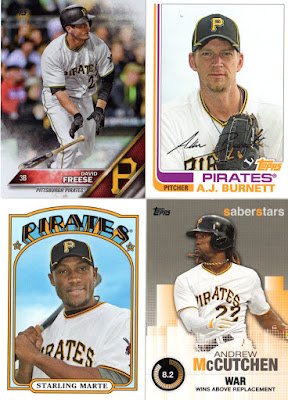 Nice to get a David Freese Pirate issue. Hopefully he'll get a few more releases next year. 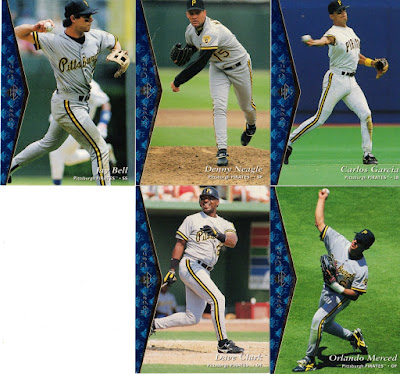 Some SP goodness! My favorite is the Orlando Merced. 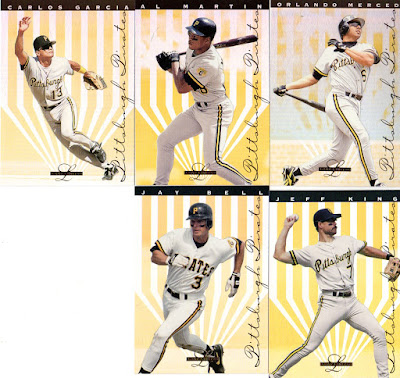 I remember how unattainable Leaf Limited seemed when it first came out.  I'll give Jeff King and his glorious mustache the win. 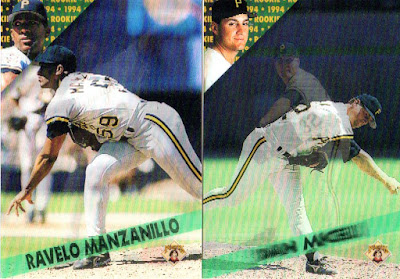 I didn't remember Sportsflics having a release in 2000.

Last but not least is some Pirate legend cards. These guys had pretty good careers....

Thanks for sending the cards Matt.  Always nice to establish new trade partners.  I'll be sure to hit you back soon.

Thanks for reading.
Posted by BobWalkthePlank at 11:59 AM

Email ThisBlogThis!Share to TwitterShare to FacebookShare to Pinterest
Labels: summer of 74, trade 2017