Before things escalated out of control with JBF and I to the point where we were swapping game used bats and autographed books, more "normal" trading occurred. That seems like so long a go.

Well, this week I received a package from JBF that was "normal" sized. Was it a trap, perhaps the others were to big to get through the front door. After a little investigating it was in fact just one "normal" sized package. The memories of cardboard war are still fresh in my mind so I may just still be a little rattled. JBF has honored the Hazel Green/Morgantown cardboard treaty of 2015. 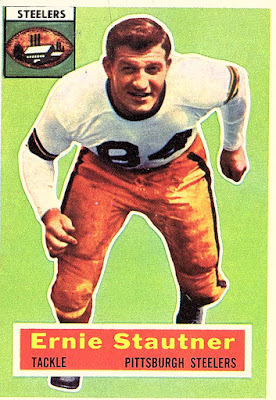 Vintage football is always cool. JBF has hooked me up with a bunch of old football in our swaps. 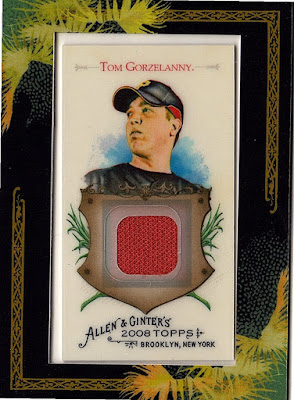 I talk about Gorzo a lot. He was a guy I felt we gave up on too soon, but his trade to the Cubs netted us Josh Harrison. 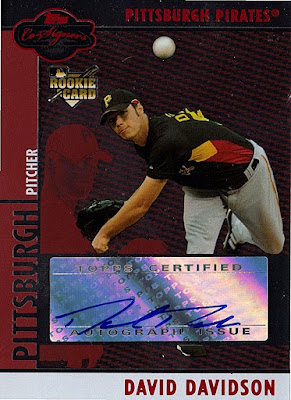 The Co-Signers set was full of Pirates. 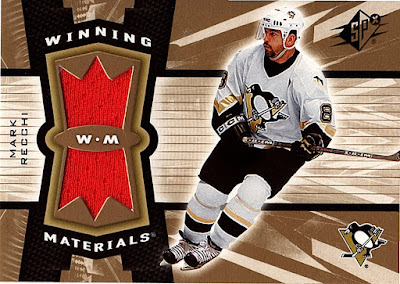 Mark Recchi is the man. One of my favorite Pens growing up. 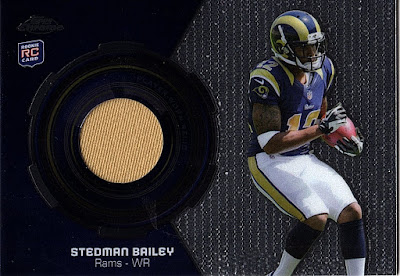 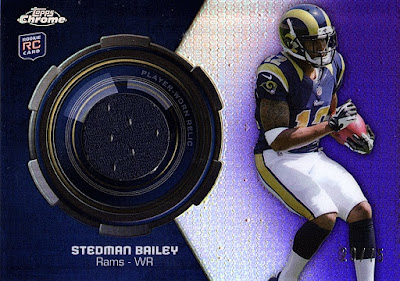 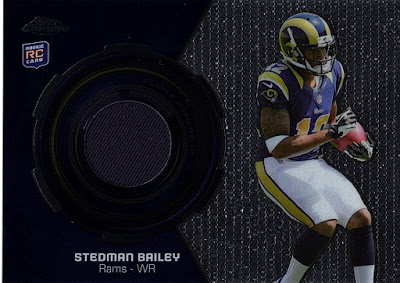 Three nice jerseys of former WVU standout Stedman Bailey.  The middle is a parallel /75. Really hoping Stedman and Tavon Austin breakout in a big way with Nick Foles throwing to them. 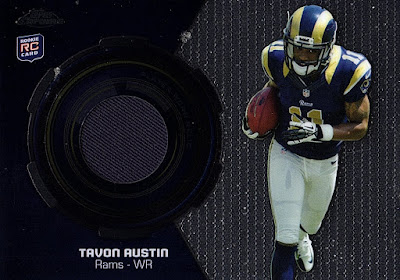 Speaking of Tavon here is his Topps Chrome version of the same jersey. 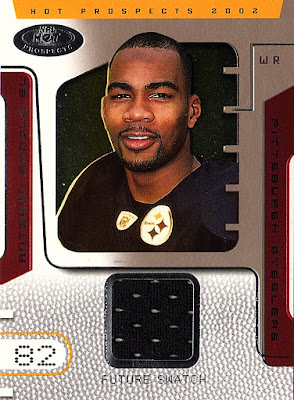 Randle El was a great slot receiver for the Steelers for many years. Back in his college days at Indiana he was a quarterback so the Steelers would often find ways to utilize that skillset as well. In some ways he was kind of a reverse Kordell Stewart.

Some old SpX Pirates. Jason Schmidt is a good example of why the Pirates were inept for 20 years. While never consistent as a Pirate, he showed signs of being a quality major league pitcher. The Pirates lost patience and Schmidt would end up becoming a front line starter with the Giants. 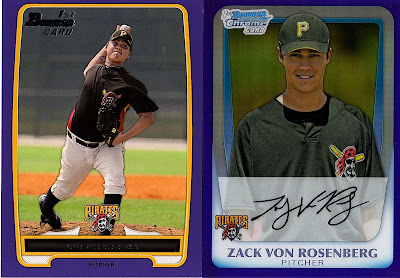 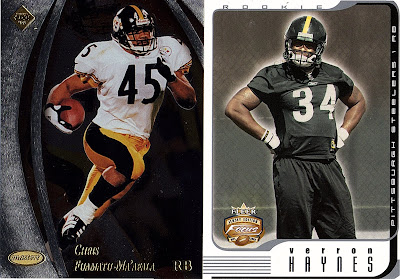 Thanks for all the great cards JBF. I've been holding onto some cards for you so I will be able to hit you back very soon. Somehow I knew you couldn't resist sending mail to Morgantown. Now that I've been through a cardboard war I'm more prepared.

Posted by BobWalkthePlank at 2:21 PM