This has probably been the longest Mark and I have went without trading. He probably needed the time to tunnel out of 20 foot high snowdrifts and I needed time to recover from Hurricane JBF. Now that Spring is here and JBF is bombing Tony we can get back to our regular routine. 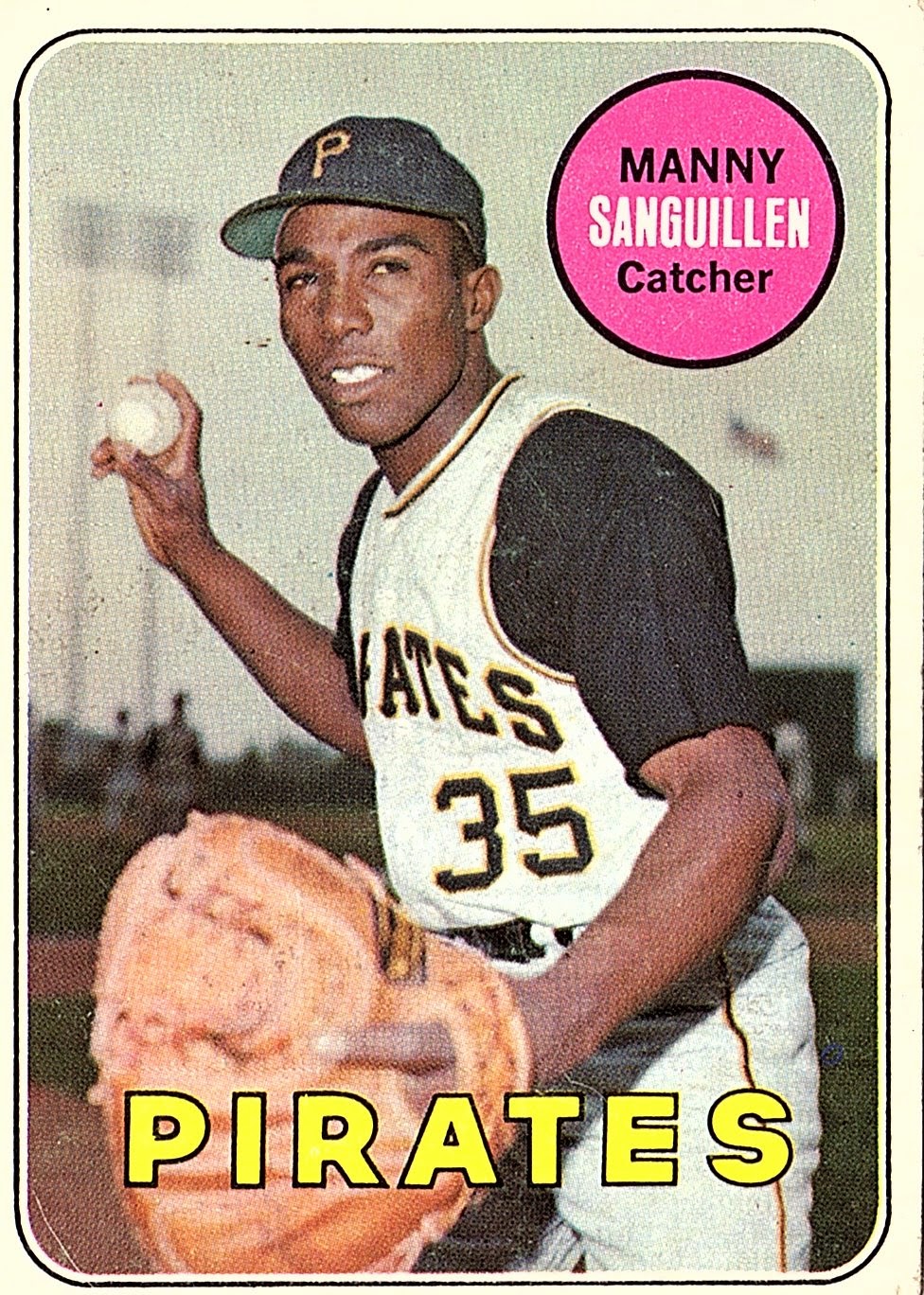 I love Sanguillen cards so I think this was my favorite of the bunch. I've been on a nice run lately adding him to my collection. This is a beautiful second year card of the former Pirate catcher. 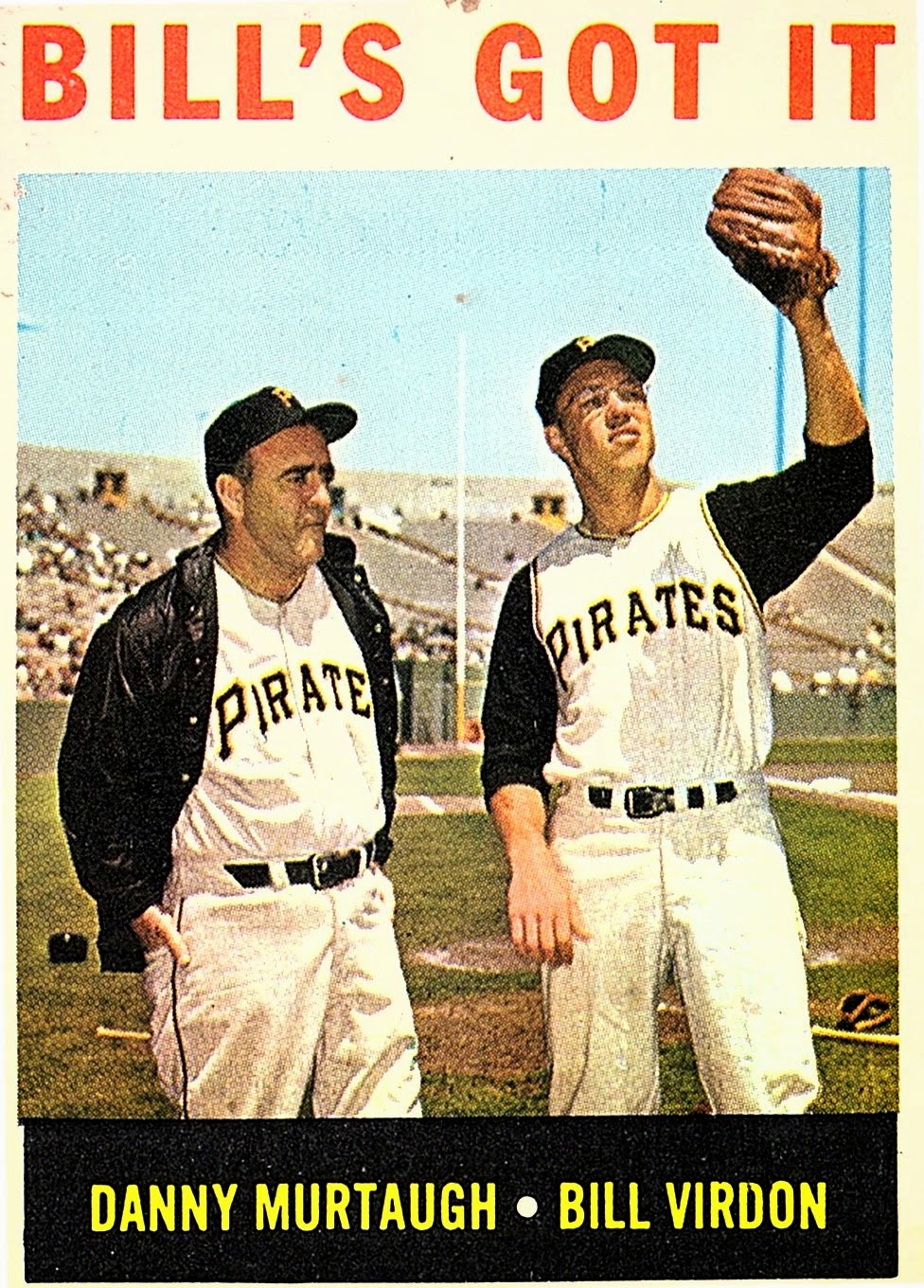 It's a good thing Bill's Got IT! Catching is an essential aspect of the game. The catch seems to have Danny Murtaugh's approval. Nice timing as I posted a Virdon auto yesterday! 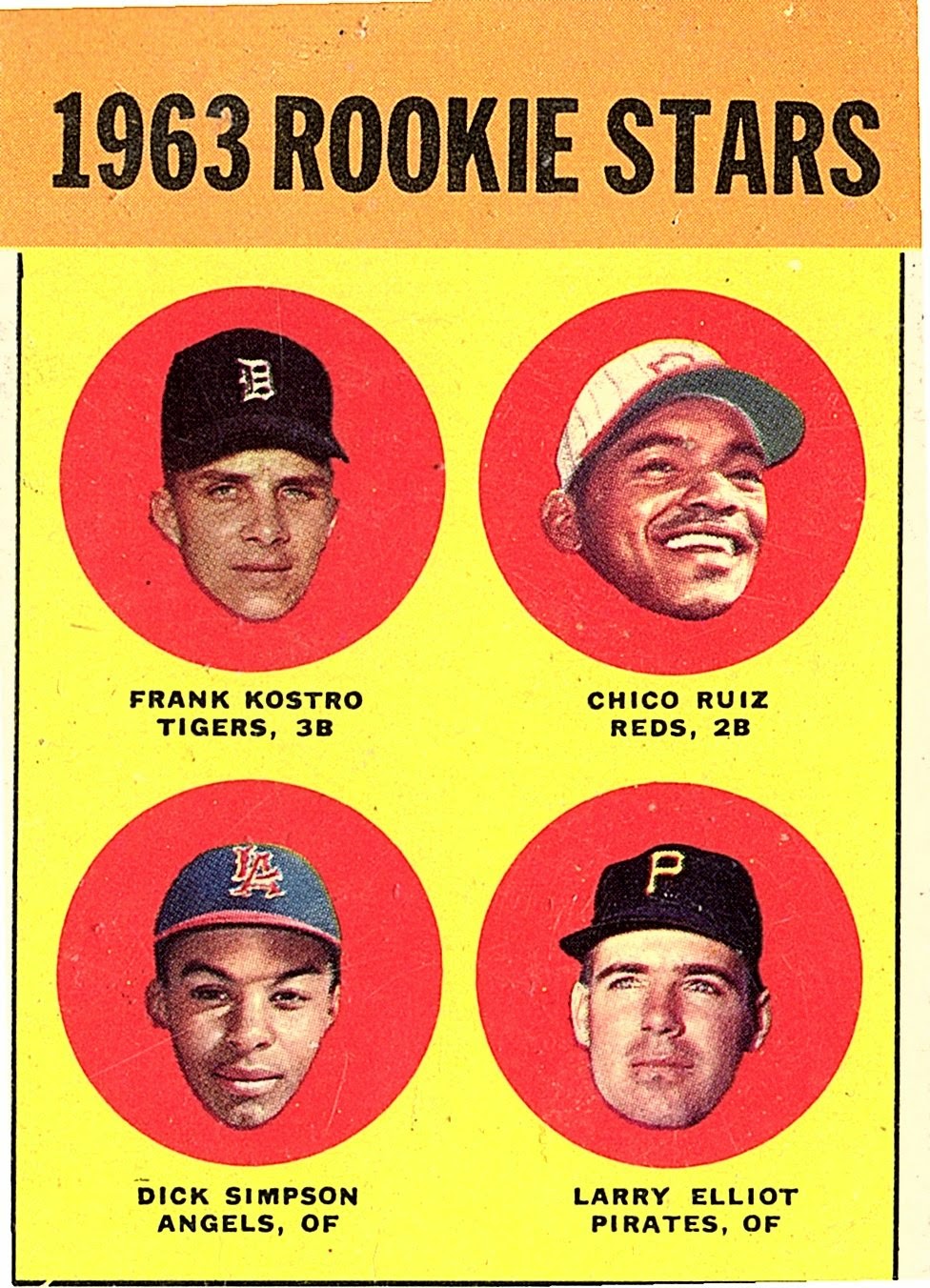 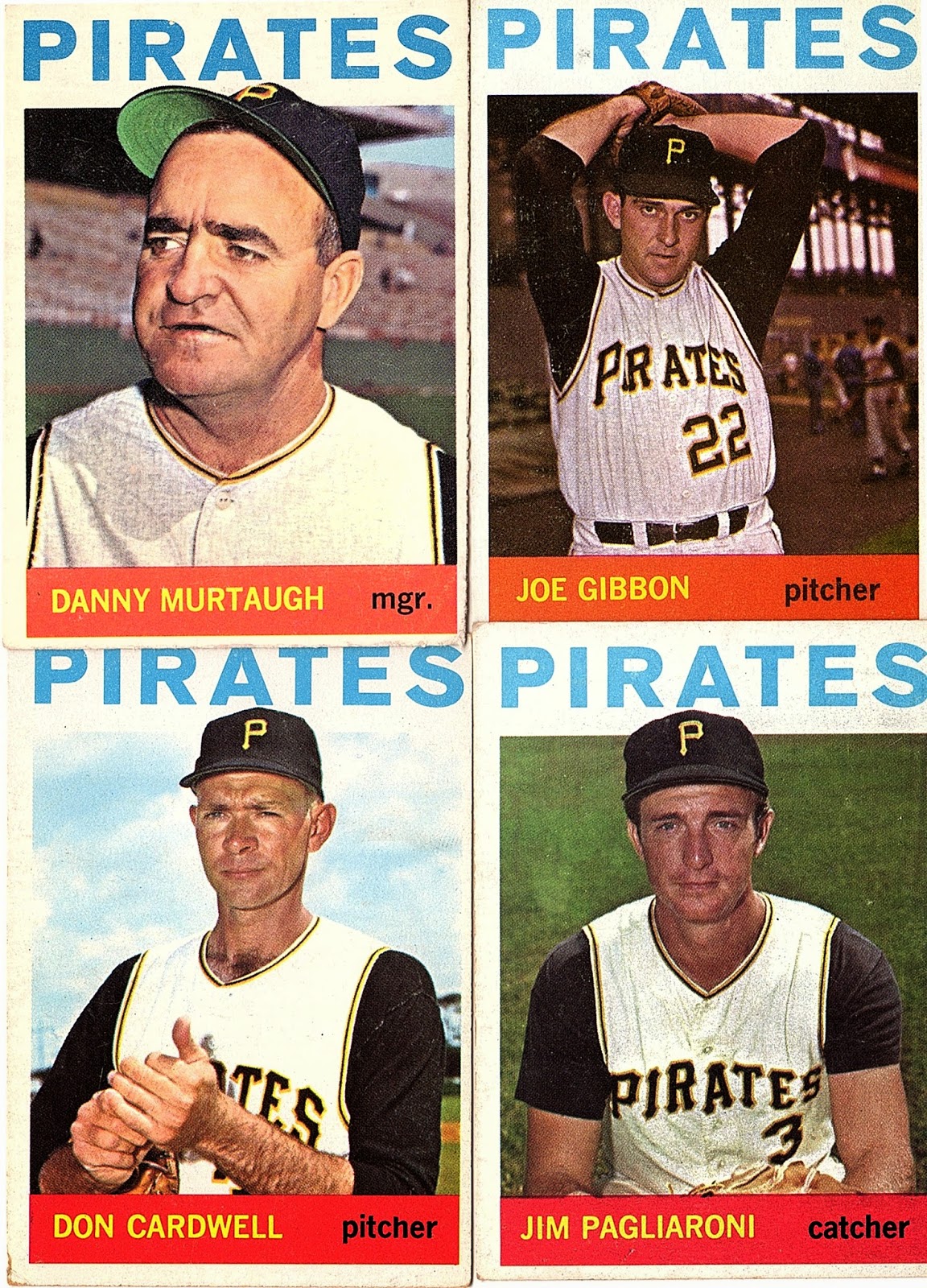 Nice mix of 64's. More Murtaugh is always a good thing! It looks like Don Cardwell gets most of his height from his neck. He is part giraffe. 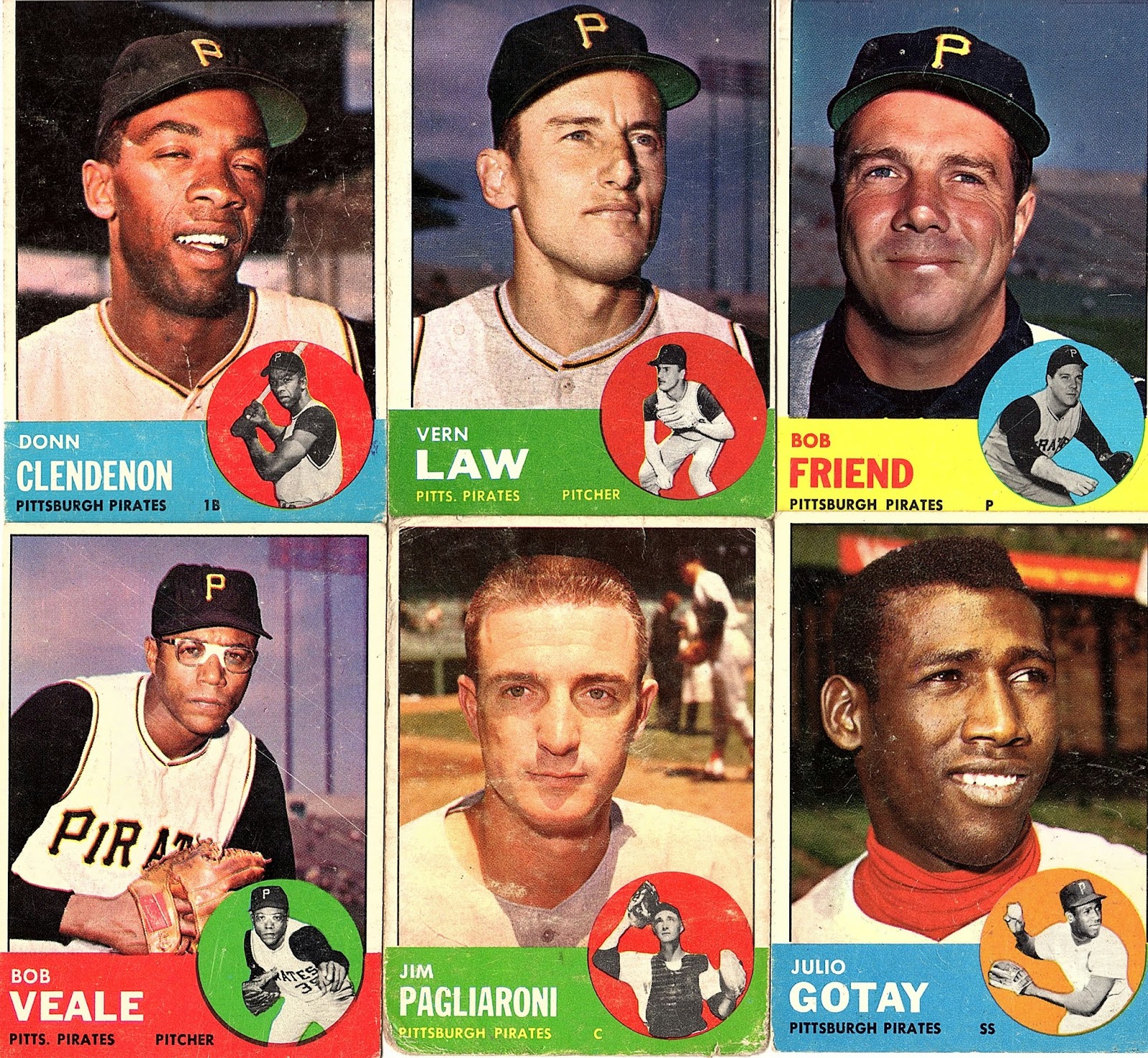 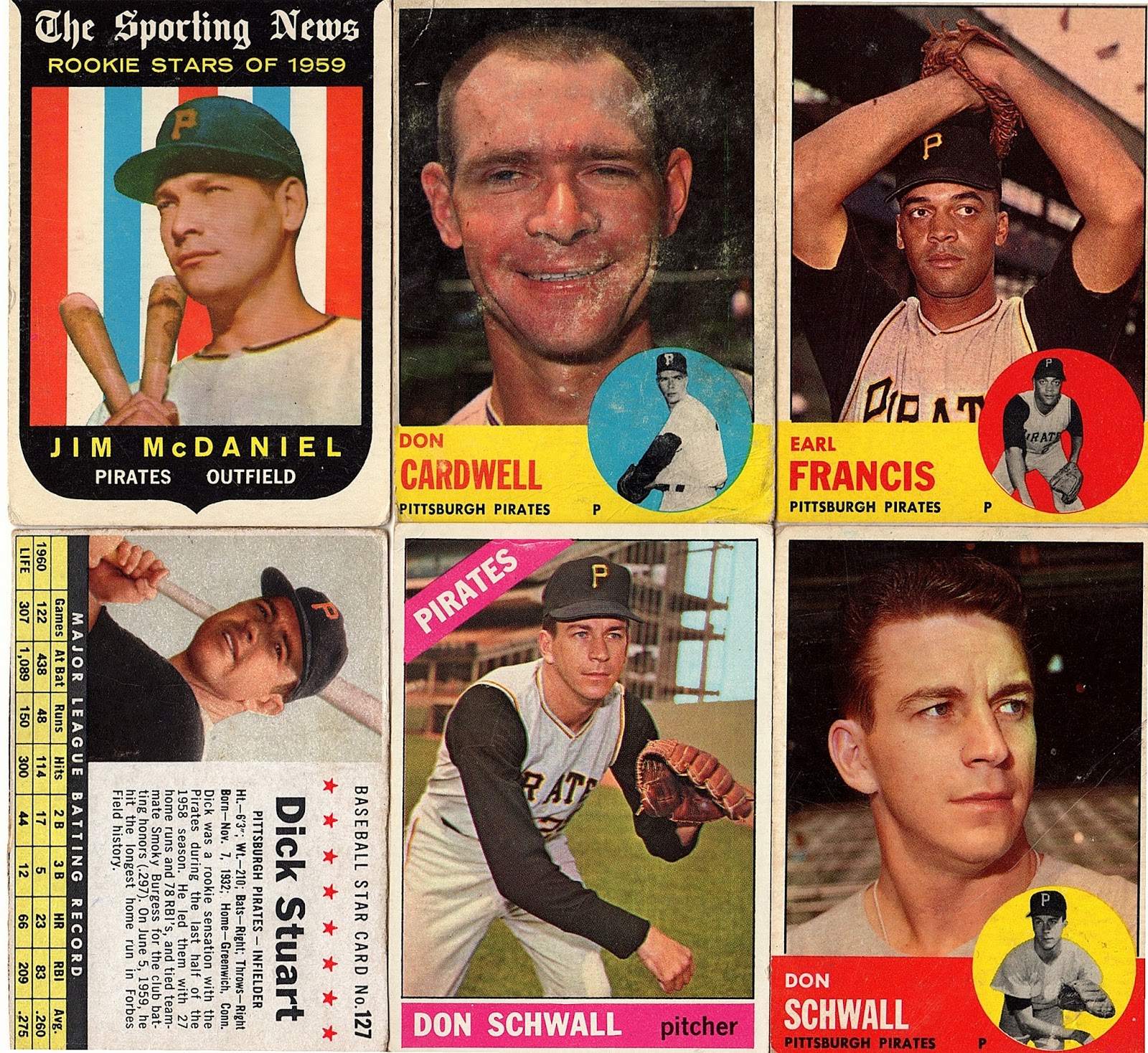 Mark has hooked me up with a few Sporting News Rookie Stars cards over the past year. Also, Don Cardwell and his giant neck returns. 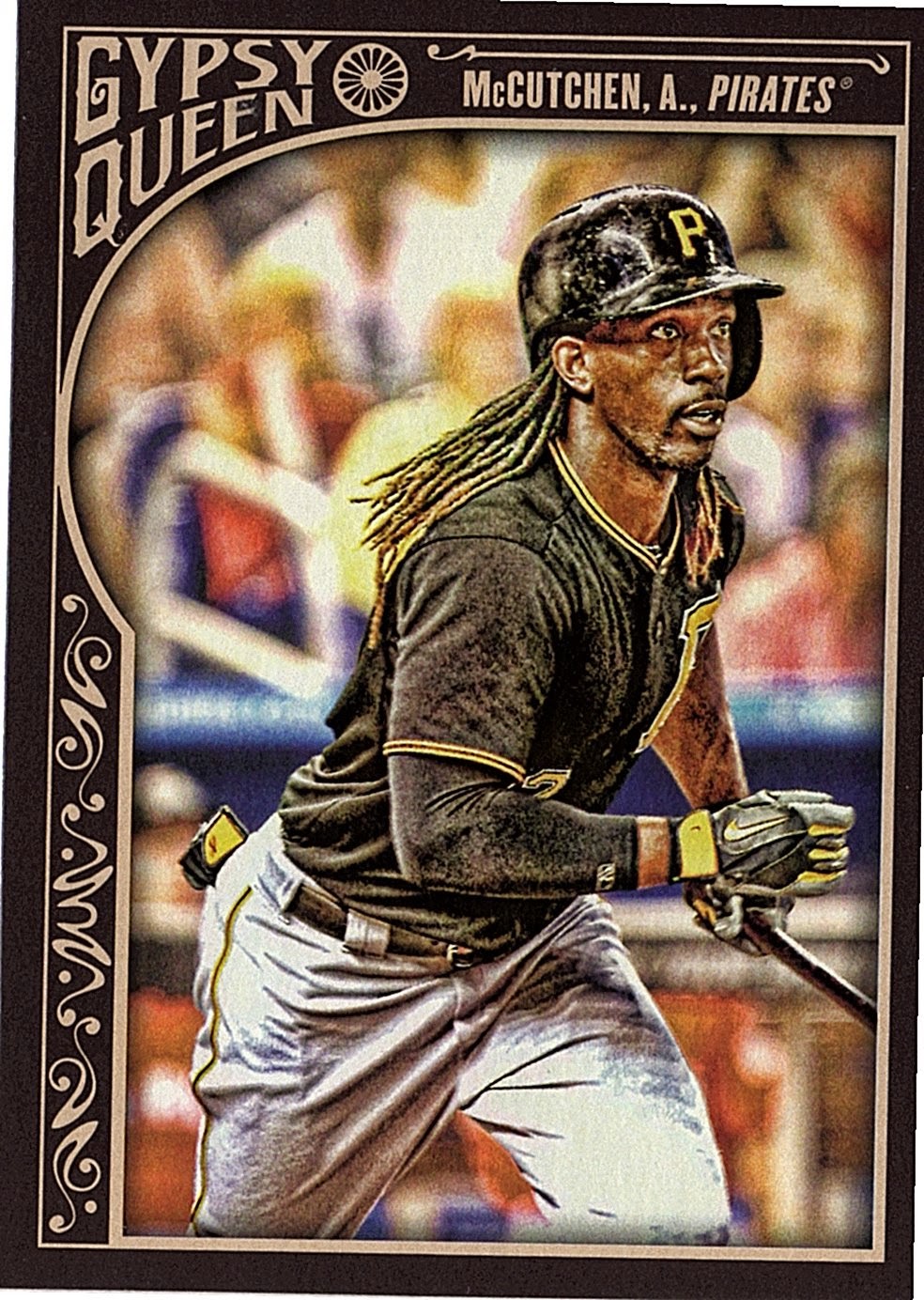 I always double take when I see a modern card from Mark. I haven't done anything with Gypsy Queen in 2015. Although I really like this card and the Starling Marte variation that features Cutch and Neil Walker.

Cutch has been in a huge slump to start out the year. Some say he is hurt, while he is claiming he has a mechanical flaw in his swing. I don't know what it is, but the Pirates just can't get off to fast starts.

Thanks for all the great cards Mark. I'm glad we can finally get going again. You should be getting a package in the mail tomorrow.
Posted by BobWalkthePlank at 10:30 PM