Some Weekend Pics and a PWE From Play at the Plate

This weekend my wife and I joined her family for a getaway at a resort called Nemacolin Woodlands. While it feels like it is a million miles away it is actually less than an hour drive from my house. Lot's of stuff to keep you busy like golf and food and in trouble since they have a brand new casino. 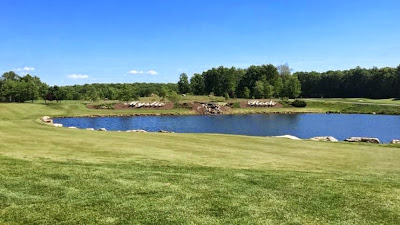 I actually got to play 18 holes of golf for the first time in about 5 years. When I was in banking golf was a common activity, but once I quit that job I pretty much stopped playing. If you follow the PGA Tour this course (Mystic Rock) was home to the 84 Lumber classic. It was way too nice of course for a schmuck like me to play on it, but my mother in law treated me so I did not complain. 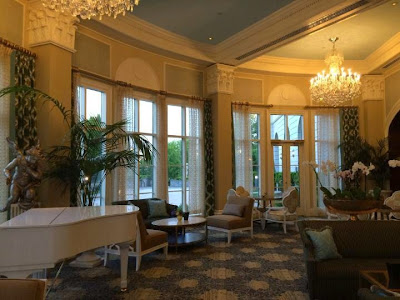 This is part of the main lobby area. 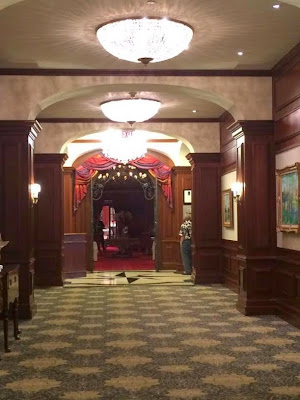 The family that owns the property has a pretty big art collection that is hanging throughout the property.

In the distance is the 18th hole of the golf course. 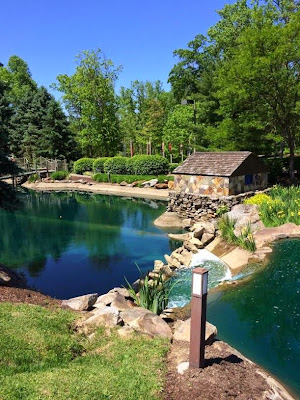 This is part of the mini golf course. It was much more my speed.

Now for some cards.

Recently Brian from Play at the Plate offered up some cards via pwe. Since I'm never one to refuse free cards I claimed whatever Pirates Brian had available. 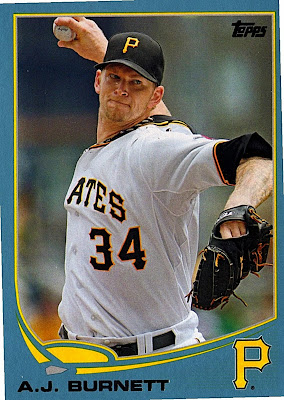 I've been trying to get some more Burnett cards as a Pirate. He has been lights out this year for the Buccos. He announced at the beginning of the year that this would be his last, but the way he is going it wouldn't surprise me if he made another go at it. 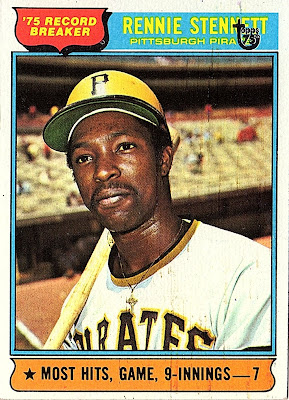 Oscar from All Trade Bait, All The Time  just talked about Rennie Stennett in his last post. He got to see an autographed baseball of hit #6 of  7 from that historic performance. Cool timing that Brian sent me this cool reissue of the card commemorating the event. 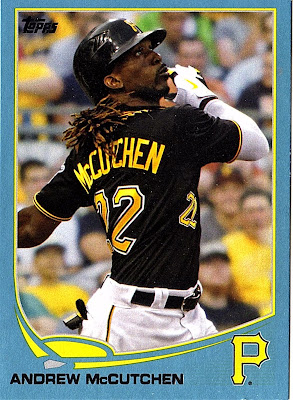 Cutch got off to a bad start this year. So much so that many were wondering he is hurt. Needless to say it was just a slump. He was named NL player of the week and is on fire. Pretty cool Walmart blue of the Pirates superstar.

Love the Pops! Dilson Herrera was traded to the Mets for Marlon Byrd for the playoff push in 2013. It was a hefty price to pay as Herrera has a high ceiling, but it helped propel the Pirates to the first playoff birth in 20 plus years.

Karstens just announced his retirement from baseball as he was having trouble coming back from arm and shoulder issues. It has been cool to see Brock Holt turn into useful piece for the Red Sox. He was part of the deal featuring Joel Hanrahan and Mark Melancon.

Thanks for the great cards Brian. Hope you are enjoying the Rangers destroying the ball the last couple of weeks.

Thanks for reading.
Posted by BobWalkthePlank at 8:54 PM

Email ThisBlogThis!Share to TwitterShare to FacebookShare to Pinterest
Labels: play at the plate, trade 2015